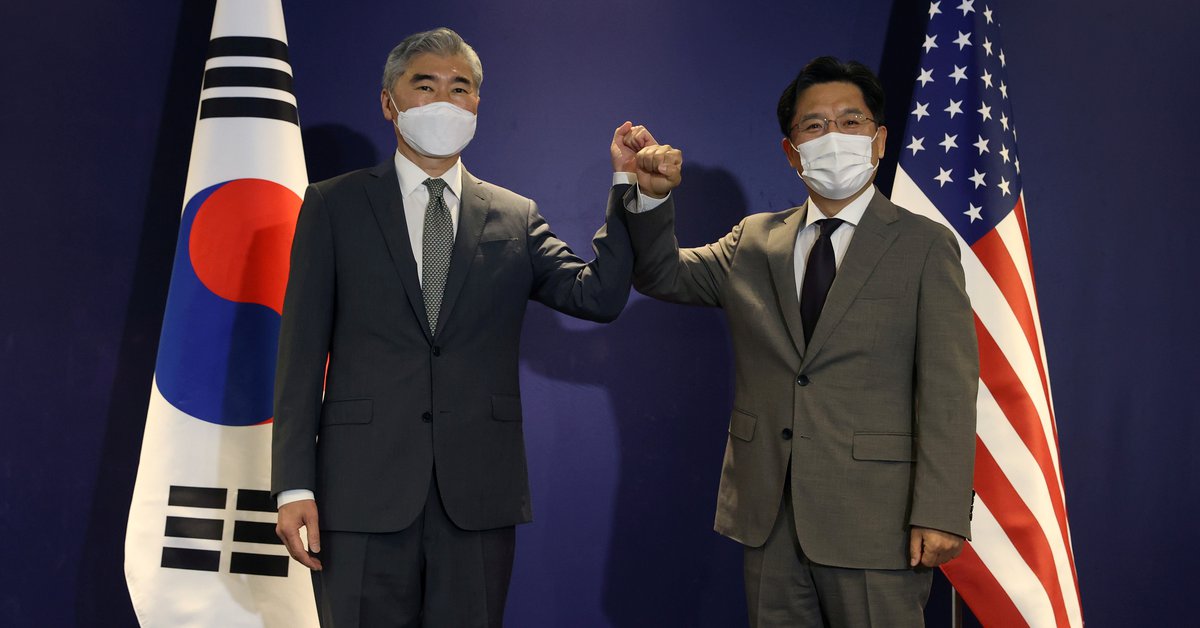 The nuclear delegates of South Korea and the United States discussed in Seoul today the possibility of sending humanitarian aid to North Korea, a country in a dangerous economic situation with which they want to resume denuclearization talks.

“We discussed potential humanitarian assistance to the Democratic People’s Republic of Korea (North Korea’s official name) and reaffirm the United States’ support for inter-Korean relations and dialogue as stipulated in the joint statement between the two leaders in May.”The US delegate, Sung Kim, explained after the meeting.

“We will continue to support humanitarian cooperation projects”Kim said in remarks compiled by Yonhap News Agency at the end of his meeting with his South Korean counterpart Noh Kyu-duk.

From various fronts, it is being asked to open up ways to prevent the sanctions burdening the regime over its weapons tests from preventing humanitarian aid from being sent to North Korea, which in turn has asked the United Nations to let its workers in. organizations.

North Korea has kept its borders tightly closed since January 2020, to prevent COVID-19 from entering its territory.

This has prevented the entry and exit of goods from the country, vital income such as that from tourism or foreign investment, as well as diplomats or humanitarian workers who have had to replace colleagues whose residency periods have expired.

Nuclear delegates of South Korea and the United States in Seoul

Added to this is the heavy rains that have hit the country in the past two years, causing massive damage to infrastructure, as well as damaging entire crops.

The meeting between Kim and Noh comes at a time when Seoul and Washington are conducting joint military exercises, which led the North Korean regime, which considers these exercises as a test of its invasion of its territory., to cut the dial with the South again just two weeks after it restarted.

Kim insisted that the exercises were “purely routine and defensive” and emphasized what he had already said on his last visit to Seoul in June: “I am still willing to meet my North Korean counterparts anywhere and anytime.”

Disarmament talks between Washington and Pyongyang have stalled since the failed Hanoi summit in February 2019.

Kim is also scheduled to meet with Russian Deputy Foreign Minister Igor Morgulov, who is also Moscow’s delegate on the denuclearization of the Korean Peninsula, in Seoul today.