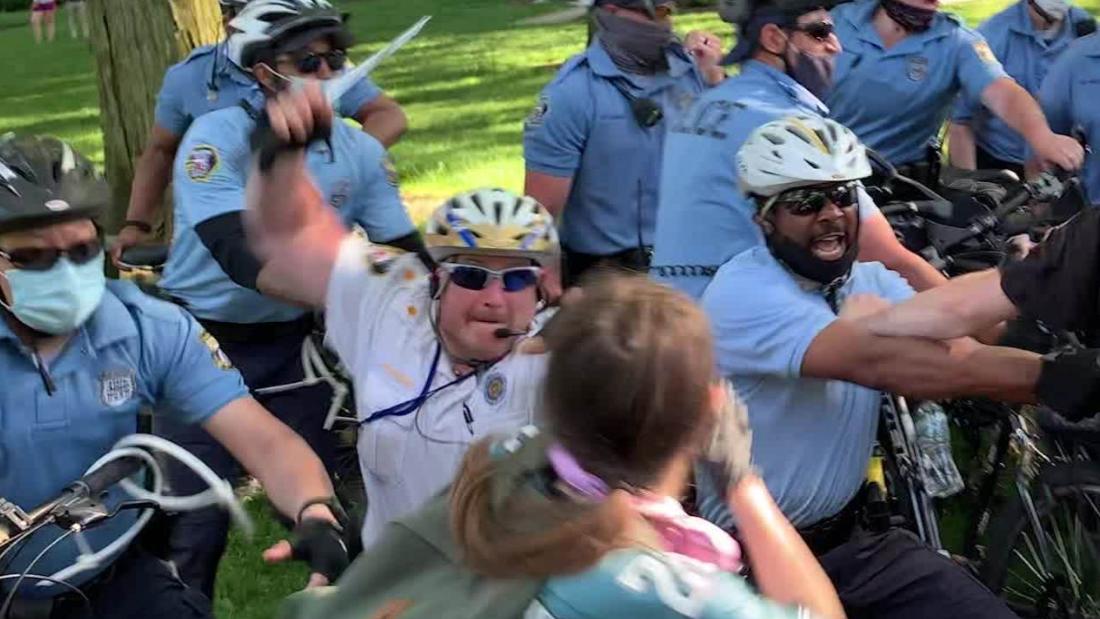 Philadelphia police staff inspector Joseph Bologna was seen on cell phone footage appearing to hit a Temple student in the head while a man took part in demonstrations against racism and injustice last Monday, prosecutors said.

Bologna surrendered on Monday and awaits his appointment, according to Mike Neilon of Bellevue Public Relations.

Philadelphia police said Monday that the incident is still being investigated by the Home Office and officials could not comment further.

Personnel inspectors are part of the department’s command staff.

The city’s website says, “The use of spicy judgment and specialized knowledge and skills are needed to research, manage, and evaluate the effectiveness, efficiency, and / or integrity of police departments, units, districts, and so on.

Philadelphia Police Commissioner Danielle Outlaw said Friday that while it is not a secret all the information that led to Krasner’s decision to indict Bologna.

“As a department, we disapprove of the crimes of any person and it is my sincere hope that the district attorney, in fact, treats all people who harm others equally,” Outlaw said.

An unidentified student sustained a large head wound that required staples and stitches. That student was initially arrested, but after reviewing the video, the district attorney refused to file a lawsuit.

Philadelphia Fraternal Police Order vowed in a statement last week to “vigorously defend Bologna against these baseless accusations and accusations.”

The police union said they were “disgusted” to find out about the accusations. Bologna, a police officer for more than 30 years, “was involved in an unstable and chaotic situation with only milliseconds to make a decision,” the union said.