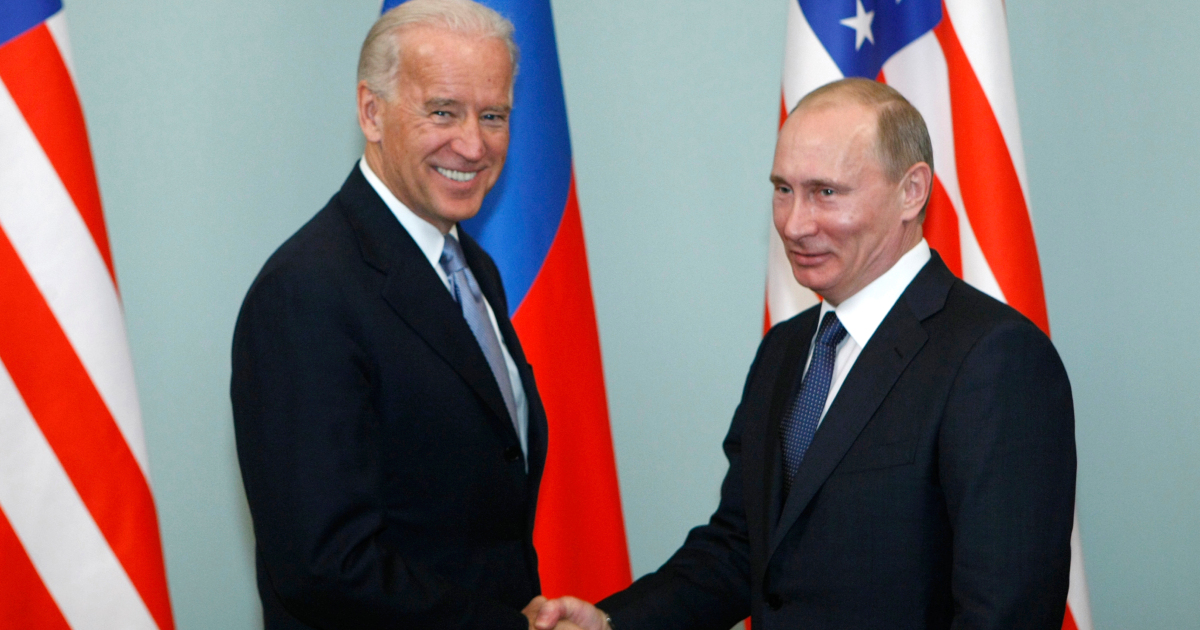 The Kremlin said on Tuesday that Russia and the United States have agreed to extend the New START treaty to limit nuclear weapons, a move that preserves the latest major deal of its kind between the world’s two largest nuclear powers.

The treaty, which was due to expire on February 5, limits the number of strategic nuclear warheads, missiles and bombers that Russia and the United States can deploy.

The Kremlin announced the widely expected violation, in a statement announcing that President Vladimir Putin and US President Joe Biden spoke for the first time since Biden took office last week.

Moscow and Washington failed to agree on an extension under former US President Donald Trump, whose administration wanted to apply conditions for the renewal, which Moscow refused.

The Kremlin said the two leaders “expressed satisfaction” because the diplomatic notes exchanged between the two countries on the first day of Tuesday confirmed the extension of the agreement.

The Kremlin said, “In the coming days, the two sides will complete the necessary measures that will ensure greater performance of this important international legal instrument to limit nuclear weapons.”

Immediately after the call, Putin submitted a bill on extending the treaty to the Russian parliament.

The extension of the agreement does not require congressional approval in the United States, but Russian lawmakers will have to agree to the move. Senior members of the Kremlin-controlled parliament have said they will speed up the case and approve the extension on Wednesday.

“The two houses of parliament will not waste a minute to extend the treaty,” Konstantin Kosachev, head of the Senate Foreign Affairs Committee, said.

The New START Treaty, or Strategic Arms Limitation Treaty, signed in 2010 is the cornerstone of global arms control. The law limits each country to no more than 1,550 deployed nuclear warheads and 700 deployed missiles and bombers, and provides for extensive on-site inspections to verify compliance.

The White House said last week that Biden would seek to extend the New START treaty for five years, something that US disarmament ambassador Robert Wood said would only be the start of efforts to engage Moscow. “This extension makes more sense when relations with Russia are not in good shape,” Wood said at the Conference on Disarmament in Geneva on Tuesday.

Russia’s ambassador to the United Nations in Geneva, Gennady Gatilov, said on Tuesday that the extension of the agreement would give Moscow and Washington more time to work together on other international security issues.

In the same statement, the Kremlin said that Putin told Biden that normalizing relations between Moscow and Washington would be in the interest of both countries. He said that the two leaders also discussed the US decision – during the Trump administration – to withdraw from the Open Skies Treaty, as well as the Iranian nuclear program and the conflict in Ukraine.

White House spokeswoman Jane Saki told reporters that Biden had also lifted Russia’s treatment of Kremlin critic Alexei Navalny, who was evacuated to Germany after exposure to Novichok nerve agent in Siberia from the Soviet era.

The Russian opposition leader was imprisoned after returning to Moscow last week, and police arrested thousands of his supporters who took to the streets across the country on Saturday. The US State Department condemned the arrests earlier this week, prompting the Russian Foreign Ministry to accuse the United States of “interfering” in its internal affairs.

See also  The United States and Japan: The meeting of the expanded bilateral dialogue on deterrence is taking place today

Psaki said Biden also expressed “strong support for the sovereignty of Ukraine” and raised “other issues of concern” including the so-called infiltration of SolarWinds into US agencies, reports last year of Russia offering bonuses to US soldiers in Afghanistan and Russia’s entry into the 2020. elections.

Psaki said: “His intention was also to make it clear that the United States will act decisively in defense of our national interests in response to Russia’s malicious acts.”

Biden spoke to Putin shortly after speaking on the phone with NATO Secretary-General Jens Stoltenberg.

Trump has been an outspoken critic of NATO during his tenure, and at one point it was reported that he was considering leaving the alliance and claimed that the United States was overpaying for its direct contributions to the military alliance.

The White House said in a statement in a phone call on Tuesday that Biden sought to repair the strained relations between the United States and Europe by ensuring Washington’s commitment to the NATO mutual defense agreement.

“President Biden reaffirmed the commitment of the United States to collective defense under Article 5 of the North Atlantic Treaty and stressed its commitment to strengthening security across the Atlantic Ocean,” the statement said, referring to an article stating that NATO members will witness an armed attack on a member. The state as an attack on everyone. It will have a team work.

Biden’s phone call to Stoltenberg came the next day to speak with German Chancellor Angela Merkel.

The President thanked Al [NATO] The White House statement said the Secretary-General, in his resolute leadership of the coalition, has expressed his intention to consult and work with allies on a full range of common security issues, including Afghanistan, Iraq and Russia.