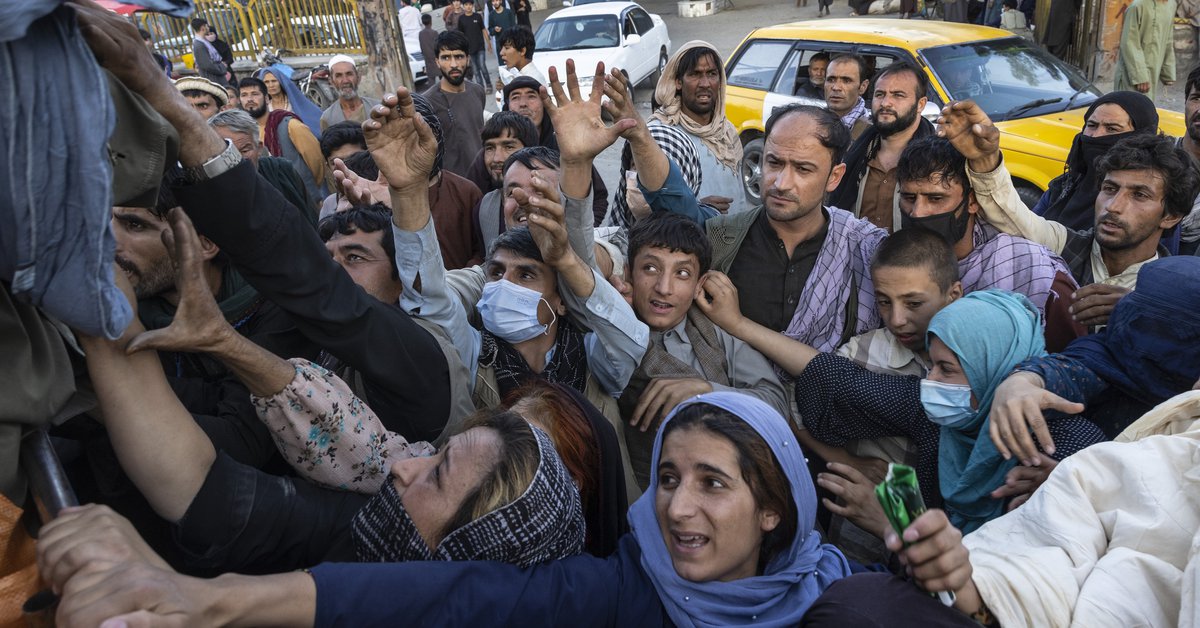 British Defense Secretary Ben Wallace suggested this to the United States Expanding the Evacuation Operation in Kabul After the deadline for the withdrawal of US forces from Afghanistan, set on August 31.

Perhaps the Americans could stay longer. In that case, they will have our full support.”Wallace wrote in a column in the Sunday Daily Mail.

The 900 British soldiers would not be able to continue in Kabul without the support of the 6,000 American soldiers involved in the evacuation missions.

Handbook / Handbook of the US Air Force via Reuters

The minister has confirmed it “No country will be able to get everyone out in time.”. “If the calendar set by the United States is maintained to the end, then there is no time to waste to get as many people out of there waiting as possible,” he added.

at least Seven people have died in the past hours In the vicinity of the airport of the Afghan capital amid attempts by residents to leave the country after the occupation of the Taliban, as confirmed, Sunday, by the British Ministry of Defense.

“Conditions on the ground remain extremely difficult, but we are doing everything we can to manage the situation as safely as possible,” the ministry added in a statement compiled by Sky News.

A group of evacuees from Afghanistan board a bus at Ramstein Air Force Base, Germany, August 20, 2021. USA. Air Force/Chief Pilot Jean Kay Valley/Handout via Reuters

The Ministry of Defense does not provide more information about the circumstances of these deaths, but sources from the “Post” identify at least four dead women, crushed by a human stampede during one of several episodes of the conflict.

Yesterday, the US Embassy in Afghanistan advised US citizens to avoid traveling to the airport due to “potential security threats”. Although on the same day, thousands of people tried to enter the airport again, frightened by the shots constantly heard around the facility.

Witnesses from Britain’s Sky News spoke of a particularly critical situation regarding “Worst day so far” since the evacuations began.

On Wednesday, 17 people were injured in a stampede at the entrance to the airport, and at least five people were killed on Monday when they stormed runways in an attempt to escape the country at all costs.

In an interview published this Sunday by Sunday newspaperFrench Foreign Minister Jean-Yves Le Drian recounts the demands he made to the United States at last Friday’s NATO meeting on the Afghan crisis and insists there should be no rush.

He asserts that French troops and diplomats will remain at Kabul airport as long as it remains open and they can be sure of this because far from the “priority” of removing “some of the French” who remain in the country, his “moral responsibility” is to remove “the Afghans threatened because of their previous commitments”.

He adds, “We need time to perform this duty, which is calculated in days or weeks, not months.”

The head of French diplomacy also demanded from Washington on Friday a Coordination “more effective and stronger” with its allies.

Last night the fifth flight arrived in Paris with the evacuees from Kabul, in this case a hundred people, the vast majority of Afghans. Since the start of the shifts between the Afghan capital, the Abu Dhabi base that is used for stopovers and Paris’s Charles de Gaulle airport, more than 600 people have already been smuggled.

Le Drian points out that the only problem in getting the threatened people out of Afghanistan is how to get to the Kabul airport where there are Taliban checkpoints and then the chaos at the entrance to the airport, leaving more than 10,000 people there.

The minister reiterates that France will not recognize the Taliban “who took over the country by force”, and that to change this position they set five conditions.

It is about allowing Afghans who want to leave the country. Renouncing terrorism not only in words, but in particular by “official separation” from Al Qaeda. granting free access to humanitarian aid; respect for “fundamental rights, and as a priority women’s rights”; and the formation of a transitional government.

(With information from EP and EFE)