The UK is touching the ceiling of infection with Omicron 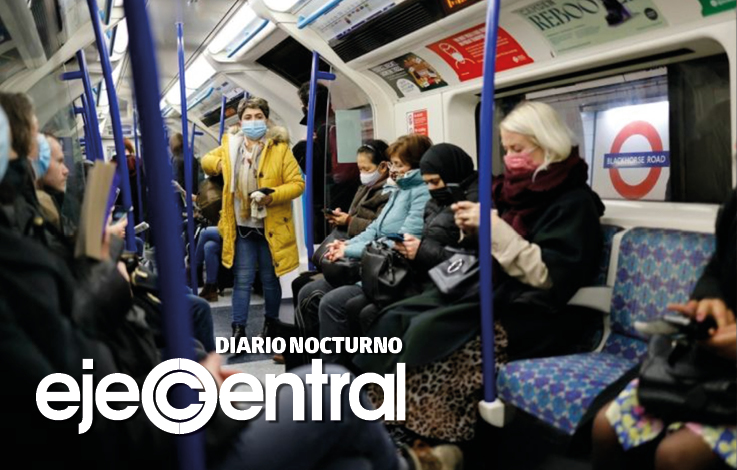 Since the beginning of this week, it has been suspected that the UK has reached the peak of the wave of Covid-19 infections attributed to the infectious Omicron variant, and today this suspicion appears to have been confirmed, since the number of confirmed cases from the past seven days is 13% lower than last week.

If confirmed, the behavior of the epidemic would be similar to what was observed in South Africa, where the micron was first discovered. This allows countries with increasing infections to make their estimates.

However, the behavior of the variant is so different from its predecessors that the number of cases does not reveal much, according to experts from the UK, because it depends on the people who take the test and report it.

More reliable is the number of hospitalizations registered, which appears to have stabilized at just over 2,200 a day, which is about half what happened at the height of last winter in the UK, a country with a high vaccination rate.

Despite the estimated 10-day interval between infection and admission to hospital, an admission plateau has been reached since January 2, a time when there has been an accelerated increase in infections.

However, there are those who caution against distrust, as previous peaks were controlled by strict quarantine and in South Africa, after a rapid decline in mid-December, confirmed cases have stabilized at more than 7,000 a day.

WHO repeats: Micron is not a cold