The UK finds a way out of a maze called Brexit 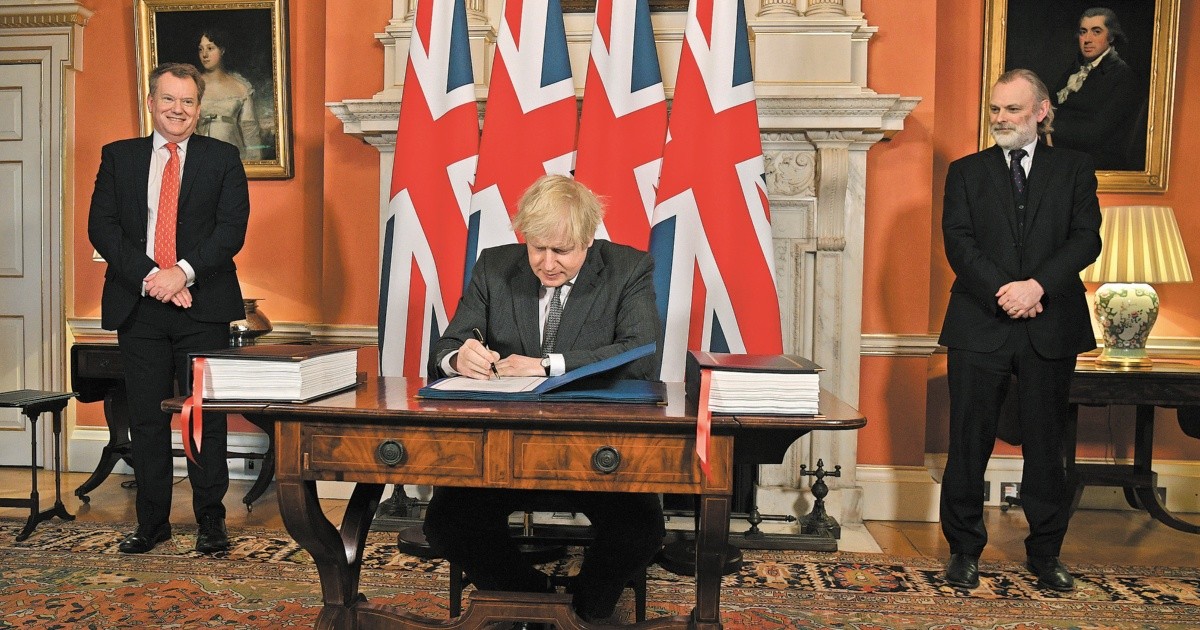 London. The United Kingdom and the European Union yesterday signed the historic trade agreement, reached a week ago, that will govern their relations when they finally separate at midnight today, ending nearly 50 years of the complicated relationship.

“It’s an excellent deal for this country, but also for our friends and partners,” said British Prime Minister Boris Johnson, stamping his signature on more than 1,200 pages, bound in leather, which was flown to London by the British Air Force from Brussels.

There, hours earlier, the Presidents of the European Commission, Ursula von der Leyen, and the European Council, Charles Michel, did the same in a short ceremony.

“It has been a long way. It is time to leave Brexit behind. Our future is built in Europe,” von der Leyen wrote on Twitter.

Michel said it is “a fair and balanced agreement that preserves the interests of the European Union and creates stability and predictability for citizens and businesses”, ensuring that the EU will always be “ready to work side by side” with the UK on issues of concern. Common, such as climate change or the Coronavirus pandemic.

The Queen stamped her signature

This free trade agreement, under which the 27 countries grant their former British partners duty-free and quota-free access to their 450 million consumers’ markets, will come into effect at the end of the post-Brexit transition period, today at 23 hours UK time.

A few hours earlier, British lawmakers overwhelmingly approved the text. In a fast-paced process, the law was reviewed the same day by the Lords before it was submitted to Queen Elizabeth II for her signature.

READ  George Floyd's brother arrives at the Capitol to testify

“With this law we will be a friendly neighbor, the best friend and ally that the European Union can have,” Johnson told the House of Commons, where he won the support of the conservative parliamentary majority and the resigned Labor opposition.

According to a YouGov poll published yesterday, 17% of Brits consider the new agreement good, 21% bad and 31% no. But only 9% estimated that it should be rejected.