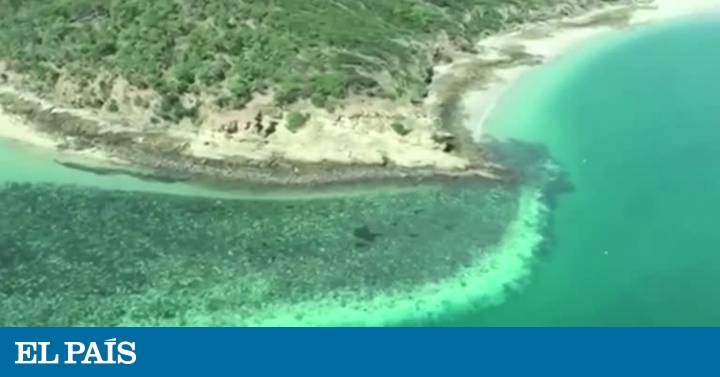 Bleaching is bad news. The Great Barrier Reef in Australia suffered a massive bleaching episode last March, its third in just five years, which alarmed scientists. Experts are wondering if the increasing frequency of this phenomenon could jeopardize the full recovery of the world’s largest coral reefs, which stretch for about 2,600 kilometers and can be seen even from space.

Researcher Terry D. HughesDirector Center for Coral Reef Studies at James Cook University Queensland, The bleaching phenomenon is a warning sign of coral’s future. “As scientists, we are very concerned about the shorter and shorter periods of time between one episode of color change and the one that follows after it. They are no longer intermittent, they happen more frequently,” he says.

Last February was the region’s warmest since 1900, when records began. The hot water causes the coral reefs to expel the algae that shelter them, which calcify and bleach. For Hughes, the septum will almost certainly never revert to its previous look a few years ago. Oddly enough, underwater diving has little effect on coral reefs, says the researcher, citing global warming as the cause of the decline.

The Great Barrier Reef, the largest coral reef ecosystem in the world, was declared a World Heritage Site by UNESCO in 1981. Coral reefs are ecosystems very rich in biodiversity: they host a large number of organisms and it is estimated that 25% of marine species live with them.

The 2019 study It found that the disappearance of coral reefs was accelerating at an unprecedented rate, so much so that the continued loss of adult corals does not allow new corals to develop to replace them. And then Compared to the average of the past 20 years, the number of new larvae decreased in 2018 by 93%, and in 2017, by 89%.