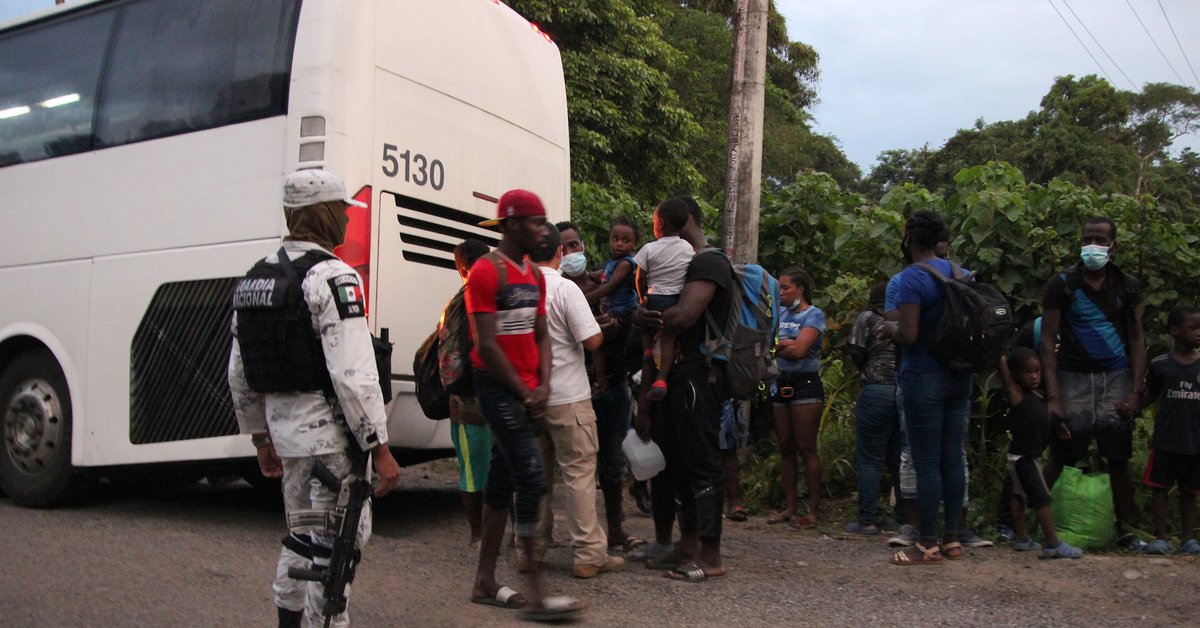 The United Nations International Organization for Migration (IOM) Expressed concern about the situation Haitian immigrants which are in perilous conditions in The border between the United States and Mexico.

According to the statement of the International Organization for Migration, the organization is Actively searching for different alternatives to return to Haiti for immigrants.

Similarly, the organization pointed out that The Brazilian Embassy in Mexico is part of these options Human, regular and safe migrations of this population.

The International Organization for Migration stated that in the event that migrants wish to return and if the countries concerned agree, the said organization is ready to offer its expertise in migration programmes. Voluntary return assistance (RVA) To help migrants return in safe and informed conditions.

mexican advisor, Marcelo EbrardOn Thursday, I reported that he had a conversation with the Secretary of the US Department of State, Anthony Blinkabout this The influx of Haitian immigrants from Brazil and Chile, who have refugee status in those countries and request to be allowed free passage to the United States.

The last of the Haitian migrants who had been camping for a week on the US border, set up their camp on Friday, after an agreement with Mexican authorities moved them to a shelter in Coahuila.

Ciudad Acuña City Council Secretary Felipe Basulto indicated that the vast majority of them agreed to be moved to a place designated for them.

According to the latest report from National Institute of Migration (INM), southern Mexico records a historic migration flow from 147000 Undocumented Discovered in the country from January to August.

On September 23, about 50 Haitian immigrants – including several children – attempted to enter Mexico through Chiapas, but were intercepted by the National Guard and sent back to Guatemala.

The migrants were held by immigration officials and elements of the National Guard at Ejido San Nicolás Lagartero, about 10 minutes from the municipality of Tapachula, on the border with Guatemala.

Many Haitians, learning of the situation at the northern border, decided to remain in Tapachula to wait for their asylum application to be submitted to avoid being detained and deported.

with information from EFE

They found 42 migrants from Central America deprived of their liberty in the Edomex home
Giulietta Fierro has linked research with Conacyt scholars to the law of science, technology, humanity and innovation
Feminists put an anti-monument in the roundabout leading to Kowloon