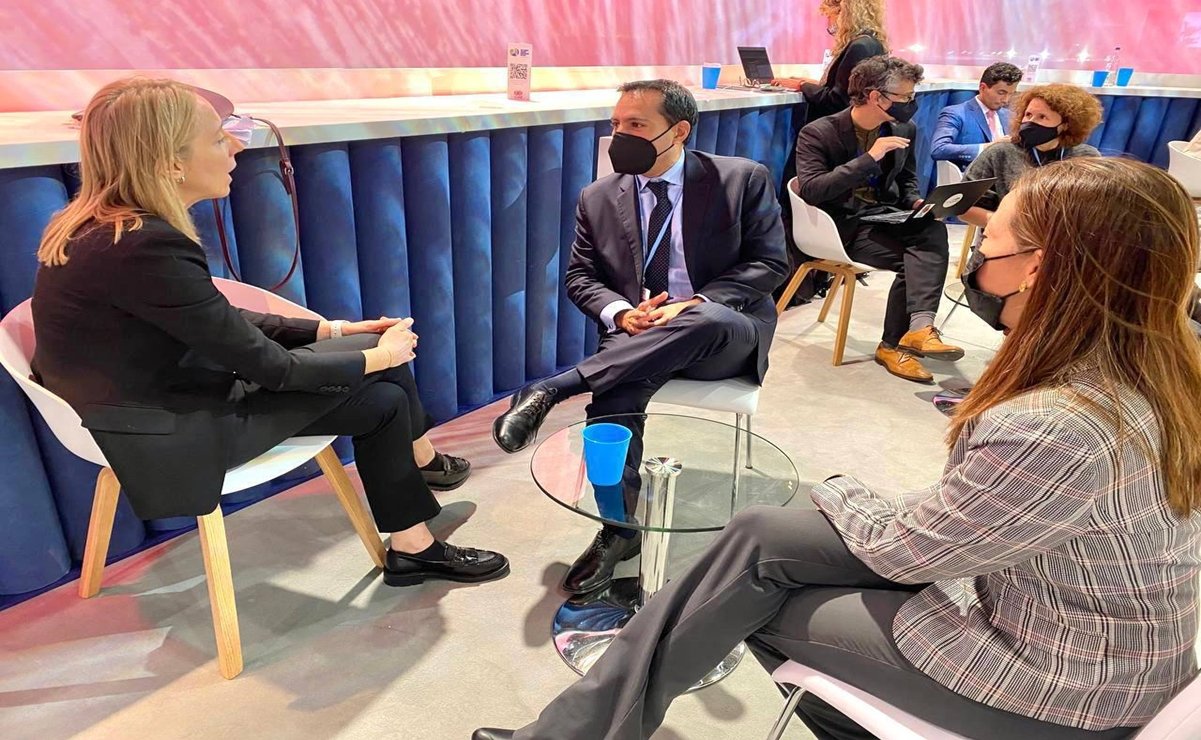 Glasgow, Scotland. The governments of Yucatan and the United Kingdom have agreed to expand cooperation, through andto finance the project that contribute to mitigating the effects of climate change.

“Our planet depends on how much effort we put into resolving this climate emergency, before the damage becomes irreparable and we lose our future,” warned the Mexican state’s president.

The Yucatecan Governor stressed that, in the entity, significant projects are being implemented with the UK PACT, in terms of regulations, mobility, energy efficiency and decarbonization of development, which reflects the confidence that this UK programme, located in the territory, is meeting its international commitments.

“The Yucatan is threatened by the effects of climate change, due to its geographic location, karst soils and aquifer conditions, with caves, grottoes and stony rocks.

The proof of this is that in 2020, we had to deal not only with the epidemic, but also with 2 hurricanes and 3 tropical storms, which seriously affected our region. ”

To assess the impact of this situation, he noted that it rained 71% more on average annually, due to a record number, “This raised the groundwater table by 5 meters above sea level and, consequently, severe flooding throughout Yucatan Nearly 85% of the field has been lost and thousands of homes have been damaged as a result of this situation.”

Hence, the need to implement measures to reduce these disasters became their priority, which is why, through dialogue and multilateral alliances, the state government, together with the Yucatecan families, has undertaken the task of promoting the development of strategies along with the great allies. , such as UK PACT.

“This relationship is so close that I am proud to share that Yucatan is the state in which the largest number of projects are carried out with UK PACT, demonstrating the trust placed in order to comply with our international obligations,” he said.

Likewise, Villa Dosal dialogues with Martha Delgado Peralta, Under-Secretary for Multilateral Affairs and Human Rights at the Ministry of Foreign Relations (SRE), on Yucatan’s engagement in fulfilling Mexico’s commitments with the High Level Commission for a Sustainable Ocean Economy.

It is an initiative of 14 heads of state, committed to developing, motivating and supporting solutions for the health and wealth of the oceans in policy, governance, technology and finance.