The first four-way meeting in the White House 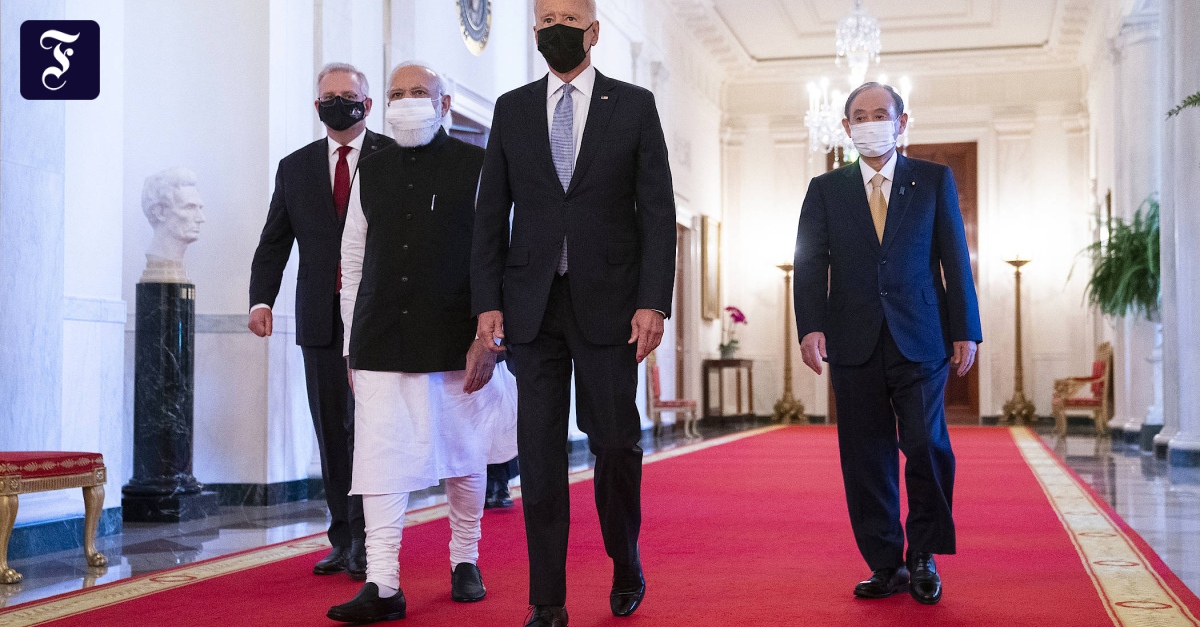 DrThe heads of state and government of Japan, India, Australia, and the United States held an initial summit at the White House. In the two-hour meeting on Friday, the so-called “Quartet” nations stressed their common position on the need for the Indo-Pacific region. “We stand here together in the Indo-Pacific, a region that we wish will always be free from coercion, where the sovereign rights of all nations are respected and where disputes are settled peacefully and in accordance with international law,” Australian Prime Minister Scott Morrison said.

A joint statement issued Friday evening after the meeting said the region stretching from India to the Pacific was the basis of “common security and common prosperity”. It was also stressed that the law of the sea should be respected in the East and South China Seas.

The United States and other countries are concerned about the trade practices of the People’s Republic of China and China’s expansionist campaign in the Indo-Pacific region. China also claims virtually the entire South China Sea. So for years the People’s Republic has been in conflict with countries in the region such as the Philippines, Vietnam, Malaysia and Brunei – as well as with Taiwan. It is believed that there are large reserves of oil and gas in the region.

Japanese President Yoshihide Suga told reporters after the meeting that the two countries agreed to work together on vaccines, clean energy and space and hold a summit every year. The group also announced that they will support each other in fighting cybercrime and expanding 5G communication technology. There should also be more cooperation in space, for example through the joint use of satellite data to monitor climate change or control disasters.

Indian Prime Minister Narendra Modi told other leaders that India will agree to export eight million coronavirus vaccines by the end of October. India, the world’s largest vaccine manufacturer, initially banned the export of vaccines in April in the face of a large-scale outbreak of the coronavirus in its country. For this reason, the plan to deliver one billion vaccines across Asia by the end of 2022 has stalled.

The meeting came just over a week after the announcement of a security agreement between the United States, Britain and Australia to supply Australia with nuclear-powered submarines. Chinese Foreign Ministry spokesman Zhao Lijian criticized the summit meeting, describing the Quartet countries as “a closed and exclusive league directed against other countries.” The spokesman said that countries will not find any support and are doomed to fail.