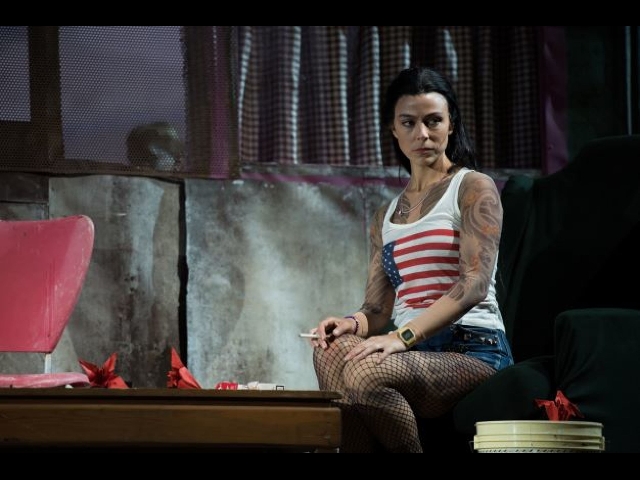 ROME, July 17 – Corinne Winters invades Circus Maximus with the impressive Madama butterfly. The American soprano, first appearing in the Opera of Rome, provides voice and body with great power to the heroine of Puccini’s masterpiece, a fifteen-year-old Japanese girl naively in love with American Pinkerton who will betray her dreams by abandoning her fate “alone and vindicated.” In the end, the audience rewarded her with applause and stomping their feet on the stairs. Applause also for Saimir Pirgu, despite the fact that he seemed less clever to move in the role of a “too politically incorrect” businessman who marries the girl and deludes her into his return. Recognition went to Maestro Donato Renzetti at the head of the orchestra, and Spanish director Alex Ole, who very successfully adapted the proposed theatrical production in 2015 and the following year in the Baths of Caracalla for the needs of the new space. Her reading of Madama Butterfly’s “Loss of Heaven” modernizes the story in which the confrontation between the two characters becomes a struggle between two irreconcilable worlds, the frankness of the young woman ready to go from ritual dress to hot pants, fishnet. Socks and undershirt bearing the Star and Stripes flag, Pinkerton accounts that he is no longer a US Navy officer but an unscrupulous building owner, “a symbol of the neoliberal tsunami, the latest consequence of fierce colonialism, capable of destroying everything”. The evocative scene of a Japanese wedding, where the long red curtains moved in slow motion almost by the wind, and Cio-Cio-San’s love vows ready to change her life and religion to become American by accepting being ostracized by his family, gives way in the second and third chapters to his humble home where he lives with his son who Little did Pinkerton know about it, surrounded in the distance by buildings under construction that rose relentlessly. Here Butterfly, in the popular movie “On a Beautiful Day We’ll See”, explains to her faithful maid Suzuki her assurances about the future with Pinkerton, who is doomed to fatally collapse. Four reruns, on July 20, 29 and 31 and August 6. (handle).
(Ansa)