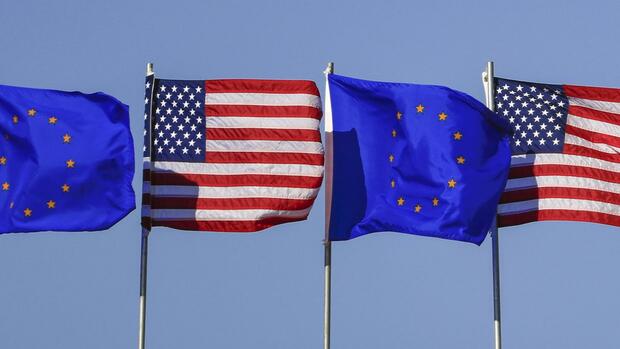 Brussels The reputation of the European Union has been severely damaged during the months of the pandemic. A recent survey by the European Council on Foreign Relations showed a significant loss of confidence, especially in major European countries such as France, Italy and Germany. The EU needs a sense of accomplishment, and it badly needs it.

So US President Joe Biden’s visit to Brussels next week is very useful. The European Union Commission hopes to resolve the trade disputes that Biden inherited from his predecessor, Donald Trump. “We can see that Washington is taking a very cooperative approach to the EU,” David McAllister (CDU), chair of the EU Parliament’s Foreign Affairs Committee, praised.

The draft declaration of the summit being circulated in Brussels shows that the European side hopes to solve two issues simultaneously: the struggle over subsidies for aircraft manufacturers. Boeing And the Airbus Until this summer, and into December, the dispute over US tariffs on steel and aluminum.

Valdis Dombrovskis, the EU commissioner responsible for economic policy, urges that “as a confidence-building measure, we must de-escalate and resolve trade disputes between the EU and the US”.

At least in the case of aircraft support, an agreement already appears within reach. US President Biden and European Commission President Ursula von der Leyen had already agreed in March to suspend punitive tariffs imposed by both sides for four months. “There will certainly still be conflict with the Americans over the declaration, but it is possible to reach an agreement at Airbus and Boeing,” says Bernd Lange (SPD), chair of the European Parliament’s trade committee. On the other hand, it will look “very bleak” with tariffs on aluminum and steel.

Indeed, the European Union may face the next disappointment here. Because that Biden will agree to raise protective tariffs in the short term is unlikely. It’s among the few decisions made by the Trump administration that have found support in parts of Biden’s Democratic Party, especially labor unions. So the summit in Brussels is unlikely to bring any approximation. Lange fears that “the fundamental problem of the US imposing illegal tariffs will not be resolved so quickly.”

Open questions about data protection too

The unresolved question of how to design data transfers to the US in a way that complies with European legal requirements will cast a shadow over the talks. For many companies, legal uncertainty is a major problem. It arose from the fact that the European Court of Justice nullified the existing Transatlantic Data Protection Agreement, Privacy Shield.

The Americans are urging the Europeans to abide by a succession agreement. But the EU is not prepared to do so as long as US data protection does not improve or EU citizens are at least given the right to legally defend themselves against US security authorities’ access to the data. After all, in order to better coordinate technology issues in the future, the European Union and the USA want to create a Transatlantic Council on Trade and Technology.

MoreSummit Marathon in Europe: Biden wants to discuss these issues with Merkel, Macron and Johnson