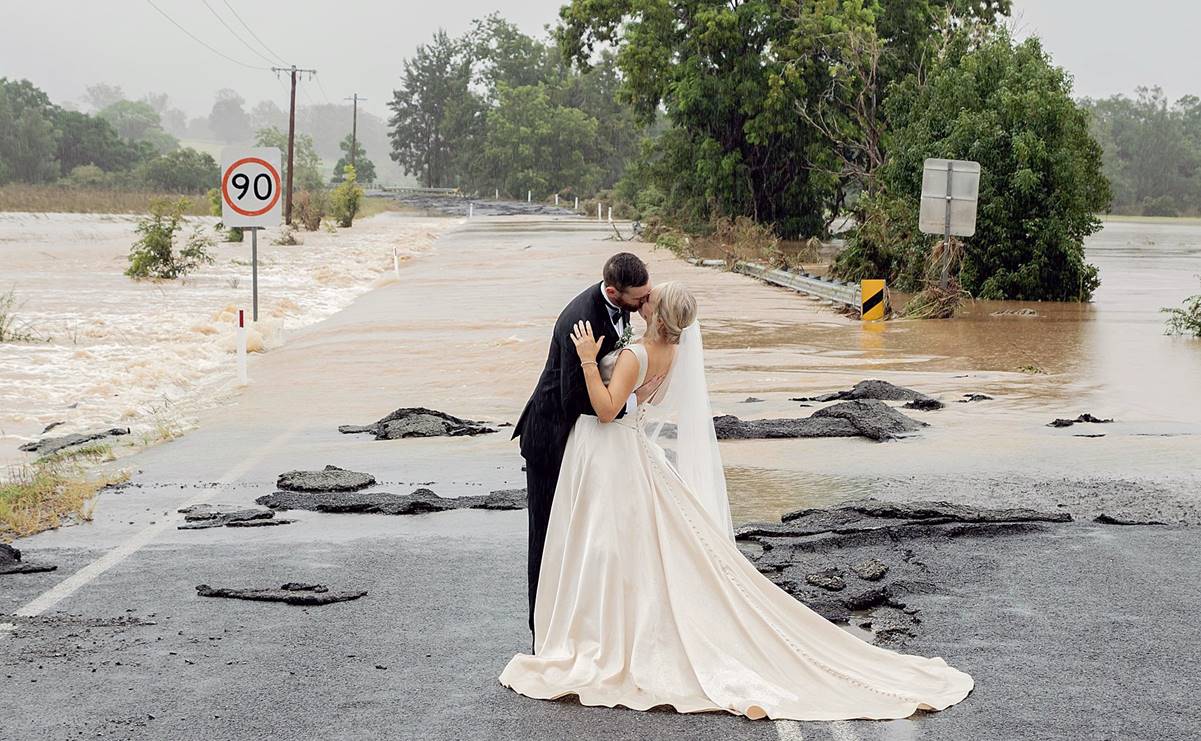 Sydney, Australia. The worst floods that Australia He lived in decades that didn’t stop wedding A couple who have been isolated by the water and ended up snapping their wedding photos in front of a terrifying landscape after the bride was evacuated by helicopter.

After the wedding last Saturday, Kate Fotheringham on Monday posted on social media the traditional kiss of the newlyweds taken with her husband, Wayne Bell, in front of a muddy-water bridge and on a road destroyed by floods.

“I was able to go to church and marry the love of my life,” read the tweet that accompanied the photo, in which the bride thanked the helicopter company that transported her with her parents to the town of Wingham, in the North-Central. On the coast of the state of New South Wales that was severely affected by the disaster.

That morning, after seeing the rain was stronger than announced and flooded the bridge connected to the city where the wedding was taking place, the pregnant bride asked for help on Twitter.

“Help me! It’s my wedding day flooded. We need to go to Wingham by the flooding stream, can someone help us?”

After ruling out a boat for safety reasons, a helicopter company in the area has offered to take the bride and her parents to the venue of this unprecedented ceremony, which, according to the former reporter for Channel 7 TV, will be something “that will be hard to forget.”

Read also: The worst floods in more than 50 years are in Australia

“Having to deal with a little rain didn’t bother me, but when I woke up and saw the floors completely covered in water, I have to admit that I had a little collapsed thinking how to get past this hell?” Fotheringham told Channel 7 on the morning of the wedding.

The story of the couple contrasts with the tragedy of tens of thousands of people who have been evacuated or isolated in remote areas, or who have suffered great material losses, whether in their homes, crops, or cars because of this. Floods Which has gotten worse since last Thursday and worsened in recent days.

Read also: After escaping, they stumbled upon a sheep with 35 kilograms of wool in a forest in Australia

Other photos circulating on social media or the media also show kangaroos trying to swim to safety, cows covered in bellies, foxes climbing collapsed tanks or residents with emu in their arms.

The snakes were also reported to have attempted to board a rescue boat.