The battle of Joe Biden – Rana Forouhr has begun 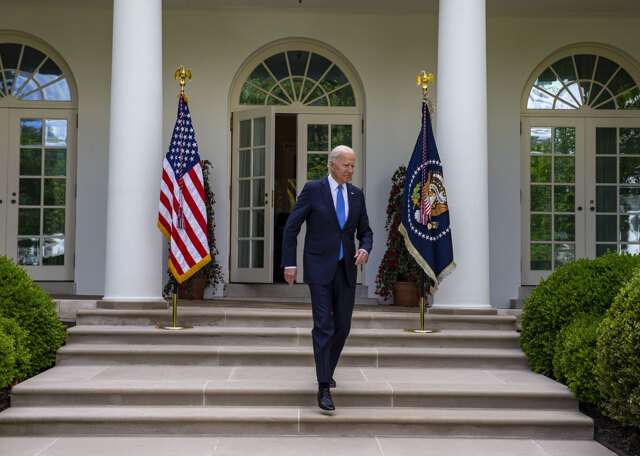 Most of the Democrats I know were positively surprised by US President Joe Biden. This man is a kind of Yoda politician, able to appeal to government power and reverse the worst economic crisis since the Great Depression in a hundred days. Its incentive plan for employment, dealing with the Covid-19 crisis and initiatives to push the country toward a system that rewards work rather than wealth include measures that many people have dreamed of for decades. They promise higher standards for workers, fairer taxes, investment in public health, childcare and education, and stronger supply chains. Even Republicans support investments in infrastructure and broadband.

Some of the reforms Biden is proposing, such as restoring union rights that Trump, his predecessor, robbed federal employees, and defending US business interests, could be made with a simple signature at the White House. But the $ 1 trillion in economic stimulus programs must pass through Congress. The Democrats have a slim majority in the House of Representatives (while the Senate is split in half). Moreover, even if projects are approved, their implementation will be complex. The details of many of these programs are still poorly understood. As they emerge, more realistic plans are also likely to be a result of compromises. And this is where things get really difficult.

Polls show that both Republicans and Democrats support infrastructure investments in new roads and broadband. The question is where will the money go first. Several construction union members voted for Donald Trump in the last election. These voters often live in Swing states (The disputed states), are asking for money to be spent on projects that can be implemented immediately and are able to give work to many people. The reconstruction of roads and bridges is essential and ensures that many new businesses can start. But promoting broadband in rural and urban areas is more important, even if it guarantees less visibility.

The support of foreign allies will also be needed. Bridging the gap between what he will say at home and what he will say outside may be Joe Biden’s main challenge. In his address to Congress, Biden stated that the world leaders he encountered are convinced that the United States is “back,” but that they want to know “for how long?” Europeans should be able to count on Washington’s political stability before entering alliances over trade, taxation and technology, also given the importance of trade links between the EU and China.

Europe needs the United States and vice versa. It is imperative to develop a digital alliance that provides a liberal alternative to capitalism based on Beijing state control, or the limitless monopolies of technology companies in Silicon Valley. Perhaps Europe will realize that its long-term interests will be better protected by strengthening ties with Washington rather than Beijing.

But Europeans and Americans have to deal with large corporate shareholders pushing for preferential treatment. Just see, for example, how Apple and Google fight Bayer and Siemens over patent rules and the digital economy. Or European concerns about US rules on personal data. Germany will be the epicenter of these battles, as the United States pushes it to choose between different 5G systems and microchip systems. German exporters, which sell to both the US and China, have a lot to lose.

Biden will not be able to be a president in favor of workers’ rights and at the same time a tolerant president of tech companies. Silicon Valley is a powerful lobby in Washington, with politicians on both sides. Increased “business processes”, the inability of trade unions to organize within Amazon, and the idea not to break up monopolies because they represent the economic interests of the United States threaten the president’s perspective. To origins. ”This Yoda political battle has just begun.

International has a weekly newsletter chronicling what is happening in the United States. You signed up Who is the.