The Australian rare, elusive nocturnal parrot may not see so well in the dark 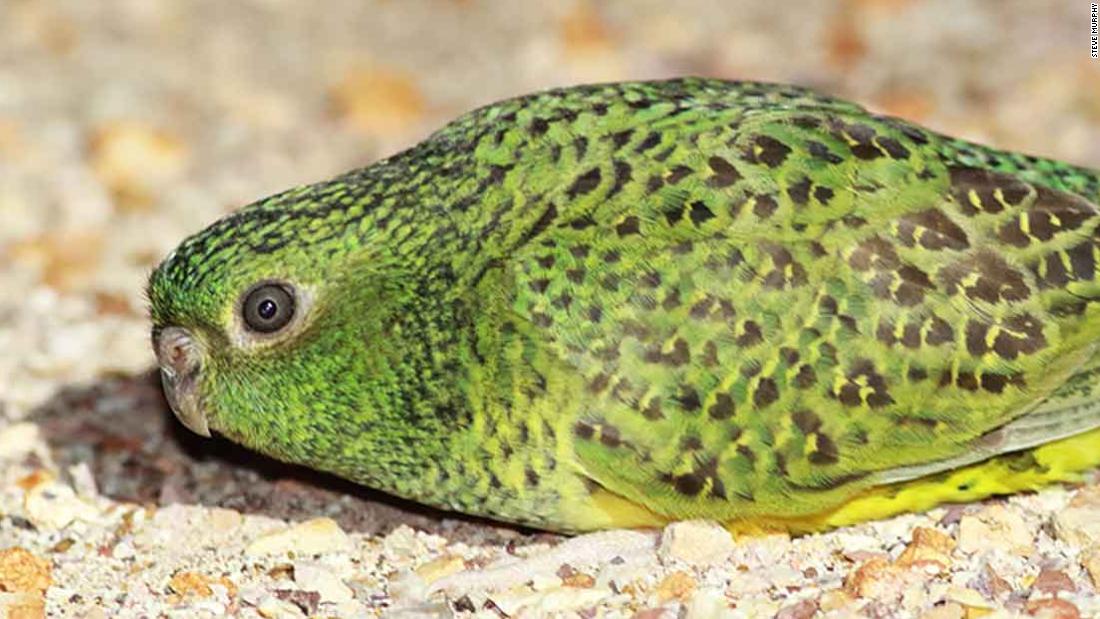 In fact, bird species are probably similar to diurnal parrots.

The fact that this parrot is not adapted to life in the dark, despite its nocturnal status, may contribute to its critically endangered status.

“Nocturnal parrots must be able to find their way at night – to find food, avoid obstacles while flying and escape predators,” said Vera Weisbecker, study author and associate professor of evolutionary biology at Flinders University’s School of Science and Engineering, in a statement.

“Therefore, we expect their visual system to show adjustments for seeing in the dark, similar to other nocturnal birds – for example, the New Zealand parrot Kakapo and owls with wide eyes. However, we have found that this is not the case.”

This species is so rare that the researchers had only one intact skull for scanning and study. They compared CT scans with those of skull-related parrots.

Researchers have found that the night parrot has eyes similar in size to other parrots. He also had fewer optic nerves and lobes. This means that the night parrot has sensitive eyesight, but is not great for watching in the dark. It also has poor resolution, so it cannot distinguish obstacles, such as a wire fence in the Australian hinterland, or predators coming after it.

Fences are used in an Australian resort to keep livestock and keep predators away.

“However, we probably can’t go without a fence – stocks need to be managed by fences, and some forms of predator exclusion could be important to protect the Night Parrot. So we have to be very careful with our fencing strategies. Increasing the visibility of wire fences but options like electric fencing low voltages can be even better. “

The sample tested was actually found in 1990 by Australian museum expert Walter Boles.

“His mummified organ was spotted by accident, lying by the roadside, after he was apparently hit by a truck – it’s amazing that his skull remained intact,” Weisbecker said.

The bird species was first recorded in 1845, but after 1912, it seems to be disappearing.

The bird is so rare that most of the 20th century was considered extinct.

After the mummified bird was found in 1990, it will be another 23 years before they are spotted living in the wild.

Now, scientists and conservators are working to protect the species.

“The species is so elusive that we don’t even know how many individuals are left,” Andrew Iwaniuk, co-author and biologist of the study at the University of Lethbridge in Canada, said in a statement. “To conserve a species, it’s crucial that we understand its needs and behavioral abilities, but it’s almost impossible to observe.”