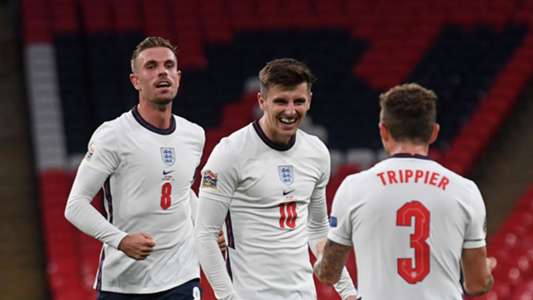 Mason Mount was proud to score the winning goal in the England game against Belgium on Sunday.

Belgium advanced early in the Wembley match in the European Nations League when Romelu Lukaku scored a penalty kick to break the deadlock, only for Marcus Rashford to level the playing field before the end of the first half.

Mount Chelsea midfielder scored in the second half to win 3-1 for the Three Lions, with decisive effort, rebounding from Belgium defender Toby Alderworld and overtaking goalkeeper Simon Mignolet.

But the drift did not make the goal any less special for the 21-year-old, whose only previous goal for England came last November when they won 4-0 in Kosovo.

He said, “It’s a special achievement to score my first goal at Wembley, I found myself in a small space and only had one thing on my mind.” Sky Sports.

“It took a really big hunch but it doesn’t matter how they get in. I’ll take that.”

Added to BBC Radio 5 Live: “Playing at Wembley, scoring the first-ranked team and getting three points is a big deal for us. That means a lot.”

England are now unbeaten in their last seven matches and will play the game again on Wednesday when they meet Denmark in another match in the Nations League.

Mount is happy with their recent victory and believes it shows they are making progress under Gareth Southgate.

“We know what we can do. We know who are the players we have in this group and who can perform, especially in these big matches.”

“We want to win these matches, keep improving and pushing to win together and I think we are on the right path.

“Maybe you wouldn’t go in, but I’ll take it every day. It means a lot to me. Every opportunity to play for your country is enormous, all the kids are behind each other. We are like this group, like this family and we keep pushing.”