Texas. Save thousands of distraught turtles in the United States 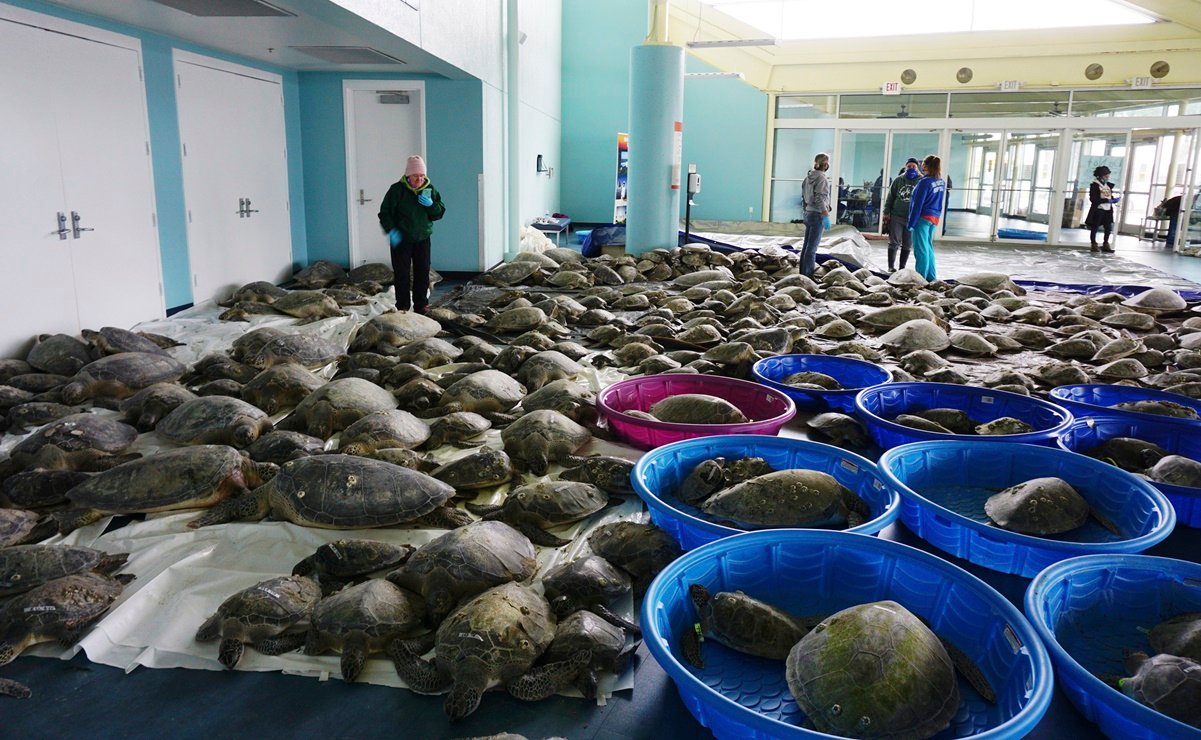 The Cold wave That occurs in the southern United States, which has left millions of people without electricity, has also affected various types of animals, including turtles.

According to US media, in recent days, about 4,700 cold-stunned turtles, unable to move, were rescued on the shores of South Padre Island, Texas, and relocated to Sea Turtle Inc, a not-for-profit organization that has a hospital and rehab center.

Residents notice how hundreds of turtles begin to hit the beaches, disoriented, and decide to take them to Sea Turtle Inc. To their immediate presence, which overcrowded them transported to the convention center, where they were placed in docks.

Texas is one of the states hit hardest by the cold in recent days, in addition to the demand for electricity.

Many of the natural gas, wind, or nuclear power plants supplying cities such as Austin or Houston have suffered interruptions in operation due to these harsh conditions.

ERCOT, the company responsible for power distribution in Texas, declared a state of emergency overnight from Sunday to Monday and decided, as a precaution, to cut off some power sources to avoid saturating the grid.

Some families had been without electricity for more than 48 hours, when the thermometer dropped to rare marks.

The company said on Wednesday evening that electricity had been restored to about 1.6 million homes, adding that it was working “24 hours a day to restore electricity to the people of Texas.”

With information from Agence France-Presse.