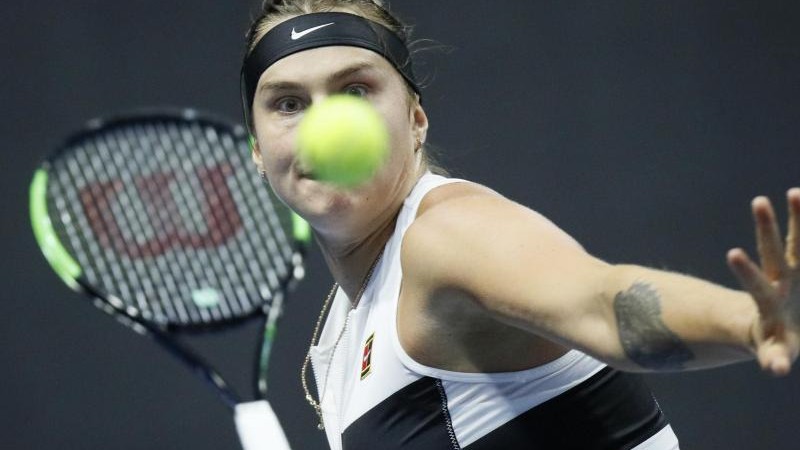 At the WTA event in Abu Dhabi, the final goal of the 22-year-old against Russian Veronica Kudermatova with a score of 6: 2, 6: 2. The number ten in the world is impressively based on his strong performance from the end of last season. Sabalenka finished 2020 with championship victories in Ostrava and Linz. The final victory in Abu Dhabi was its fifteenth successive in a row.

Sabalenka is one of the favorites for the Australian Open, which has to start on February 8th. Prior to this, all players in Melbourne are required to go through a two-week quarantine due to entry regulations into Australia. And the Germans, Laura Siegmund and Mona Barthel, in Abu Dhabi, went out in the first round.

In the men’s competition, Australian Alex de Minor won the championship in Antalya, Turkey. The 21-year-old took advantage in the final when his Kazakh rival, Alexander Publick, surrendered due to injury. Public could not continue playing after about seven minutes with a score of 2-0 in De Minor’s favor due to an ankle injury, to secure de Minor the first title of the new season.

For De Minor, it was the fourth championship win of his career. Davis Cup professional Jean-Lennard Struve was eliminated in the quarter-finals against Frenchman Jeremy Chardy. In the tournament held in Delray Beach, Florida, pole Hubert Horkcache won the title with a score of 6: 3, 6: 3 against Sebastian Korda of the United States.

The tennis retinue is now traveling to Australia. There, all players in Melbourne are required to go into a two-week quarantine due to entry requirements into Australia. At the beginning of February, the ATP Cup and two ATP tournaments will be listed before the Australian Open begins on February 8th.