Takobina: “This is how I will return Spal to the Italian League” – Sports – Football 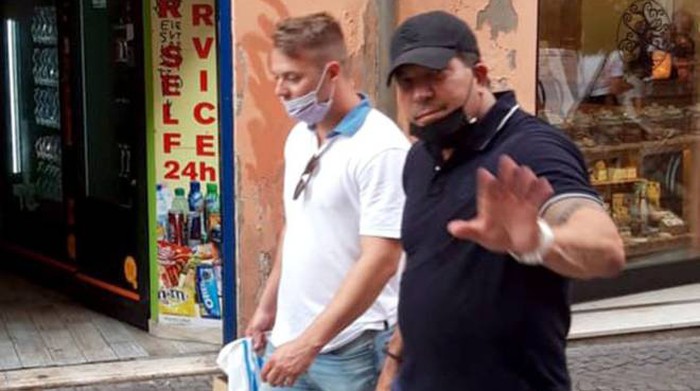 Ferrara, 20 July 2021 – from New York You can see the sky above the castle is blue, Really blue and white. Joe Takobina He has clear ideas and confirms everything and excites: he wants to report From Spal to the Glory of the Sixties. Even if it was fifty-five New York lawyer He played a crucial role in the return of Serie A’s “cousins” to Serie A BolognaNow in his heart there is only spal. Here it is freewheeling.

Takobina, when will the SPAL purchase end?
“On August 9 I will be back and then I will be at Ferrara for another three weeks to prepare the structure, meet everyone, present the management. All I have to do personally.”

ready? Despite her Belushi status, you are someone who seems to be born and ready.
“Ha ha. In Ferrara I found some good people like Gazzoli and Zamoner, I will bring with me Massimo Tarantino who for me is the latest version of the sporting director in Italian football, good with the youth and in data analysis. A team like Spal is perfect, we must be quick to understand The talent of the players by exploiting the data. I was talking with the coach for two months, he agreed to come when he heard I was coming too. He plays the football that I love.”

Who is involved with it?
“I will be the lead investor. The first partner will be John Pavia, a very successful businessman, we have been friends for thirty years, we have been two prosecutors together. We will name the other names in due course, but we will be a strong group. There are also three associate members of the Academy in the States United, where football is a very strong sport among children. We will do things differently than usual, I have already contacted the Italian Consulate.”

Is the 16 million figure to close the deal correct?
“Yes, that’s right. This year we’re going to put 10 million in cash into the team.”

What will be her role?
“I’ll be the second goalkeeper. I’m kidding, I’ll be the boss.”

As he did in Bologna. You know the rivalry between the two arenas…
“The view in the States is different, but my parents were born in Italy and I also became a Cavaliere di San Marco, so in some ways I feel more Italian than American.”

But the competition?
“I don’t want to avoid the question. I admit it would be strange to me, because I had a great year in Bologna, I met special people, every month I still get a hundred emails from Bolognese thanking me. Keeping up on the things I do, it’s so much fun. If we face Each other it will be a certain moment, but at the end of the day now my heart beats for Spal and if we have to face Bologna I will do everything to win I know the people of Bologna will understand everything, even if it starts from Piazza Maggiore.”

She then became the first president to receive three promotions in a row, between Bologna and Venice.
“Yes, Gabriel Gravina, president of the federation, talk to me about this record. I do everything I can to win, I did it for Bologna and Venice, I will do it for Spal.”

What do you think of Bologna today?
“Ah. The good thing is that they are a strong company, I was expecting something more with the economic strength of the Saputo family, I was hoping they could compete for a place in Europe.”

Do you think they are too far?
“Every year is different, but in recent seasons they’ve never come close. But that’s not a criticism, having a really stable and strong company, looking at years past, is an achievement.”

How did relations with Joey Saputo remain?
“We don’t have a relationship, I texted him during the covid period, but we don’t hear from each other.”

Why are there so many foreign owners, especially Americans, in our soccer?
“I don’t like to talk about myself, but I was the first to start this trend because I understood some things. In Rome I was the first to bring an American property, then I was the second in Bologna … They started in the United States to understand what I was saying 12-13 years ago And that is that Italian football has huge potential, which is the least. Just think that in MLS it can cost a team 300 million, in Italy you can buy five, but MLS is worth the Serie A Serie B…”

Sometimes North American fans have a different mindset than Italian fans.
“This is something I’ve always fought for, to make clear that you can’t stay too far. It’s not just a matter of business, even if they start to understand that. In Italy you have to be among the people, I make an effort to stay for at least a month and every evening I go to Fan event or meet people’s passion, go to hospitals or to the chamber of commerce.Clubs in Italy are owned by their owners, but also the communities that live for those colors.In America it’s different, people go to the stadium to watch the team.In Italy, behind a team there A huge family wants you to feel interested. It is essential that you understand what society wants from you.”

He brought Bologna to Serie A and then Venezia. When is it up to SPAL?
“I hope my former average will be a good omen… My goal is to bring Spal back to Serie A and then back to the levels of the 1960s. If you look at what Atalanta did and think of Al Maza Stadium, at the base of the fans and the excellent youth sector that already exists, I tell myself: there is no Reasons not to act like Atalanta.”