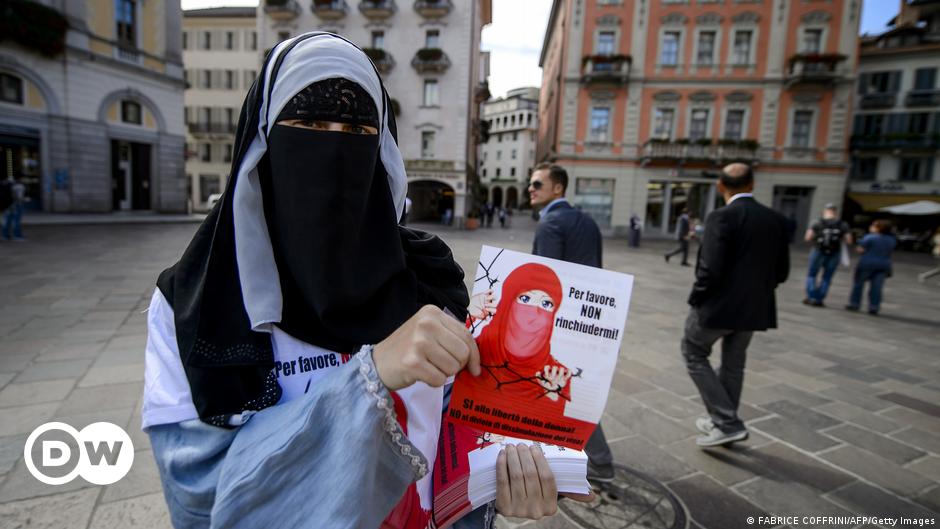 Switzerland voted on Sunday (07/03/2021) in a referendum on a proposal to ban hiding the face in public places, a measure targeting the few women who wear the niqab or full veil in the Alpine country.

Opinion polls give a brief victory to the initiative called “Antipurca”, after years of debate.

Similar measures have been taken in other European countries (France, Austria, Bulgaria, Belgium and Denmark).

The text does not mention the burqa (a type of tunic that covers women from head to toe and has a mesh opening at eye level) or the niqab (which covers the body and face except for the eyes), but it is all clear to whom it is referring.

No doubt about the campaign posters. Together with “Stop Radical Islam” or “Stop Extremism” women appear in the niqab.

Posters opposing the initiative call for a vote “no to a useless anti-Islamophobia and anti-burqa law.”

If you win yes, it will be forbidden to cover your entire face in public places, but exceptions are expected, for example, places of worship.

He has lost ground since January

It’s topping the polls but its initial advantage, so convenient, has diminished since January.

The federal government and Parliament oppose this measure, arguing that it addresses a problem that does not exist.

His counter-proposal, which will be adopted immediately if the answer fails, would force people to show their faces when authorities request identification, for example at the border.

The vast majority of women who wear the niqab are tourists. Before the coronavirus pandemic, it was not unusual to see them shopping in luxury stores in central Geneva. (afp)