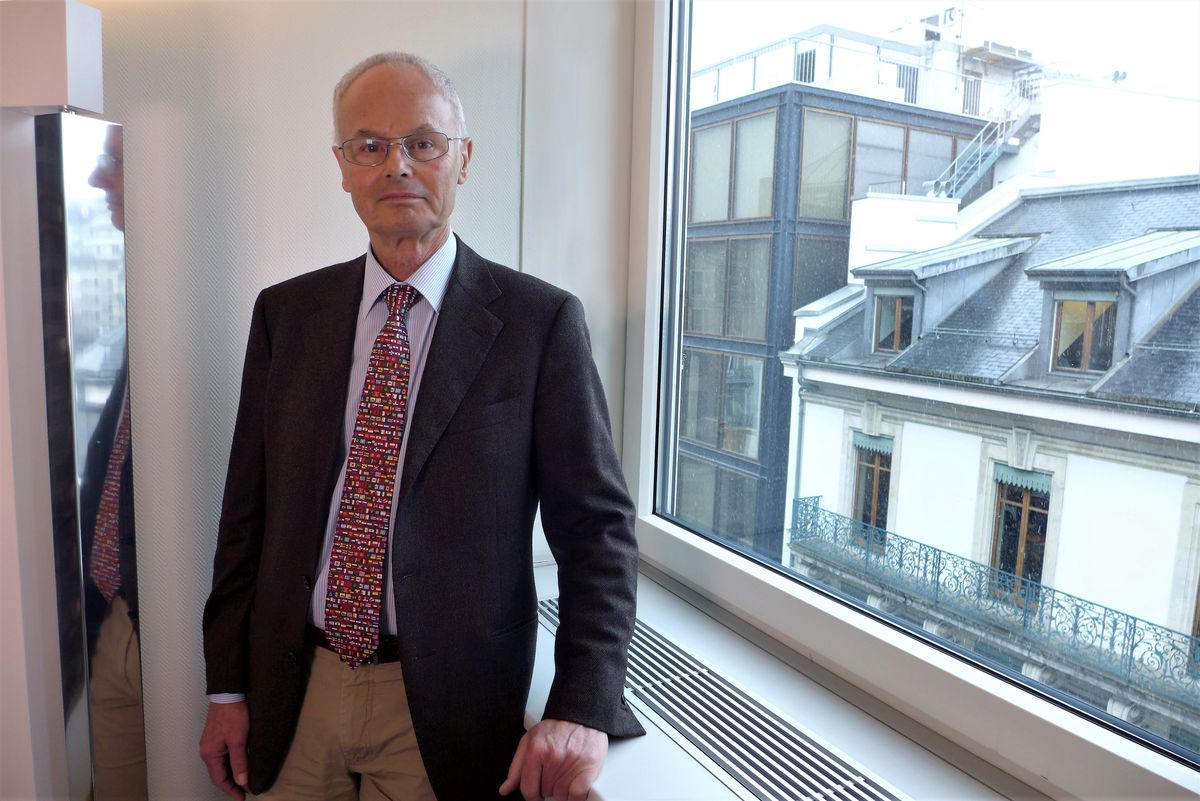 Swiss Prosecutor Yves Bertosa sent to Supreme Court Prosecutor Juan Ignacio Campos the movements of the account of the Zagatka Foundation, owned by Alvaro de Orleans, a distant cousin of Juan Carlos I, who for years He paid hundreds of trips to the honorary king and was tested by Corinna LarsenAccording to the sources of the investigation.

The Office of the Prosecutor of the Supreme Court has been in charge of criminal investigations for months Alleged collection of commissions from the former head of state And signs of money laundering against the public treasury, bribery and abuse of influence. As part of these proceedings, he is investigating payments made by this institution, which was set up in Liechtenstein in 2003, for flights totaling more than eight million euros.

The information sent by the Public Prosecutor of the Canton of Geneva was sent to Madrid on May 14 and is responding to the Commission for Judicial Submission (Request for Legal Aid) requested by the Spanish Public Prosecutor on February 24. fields Request from Switzerland bank account movements For the Zagatka Foundation from 2016 to 2019 in Credit Suisse Bank, and later in the Lombard Odier entity.

According to sources close to the investigation, Bertosa sent the opening documents to the two Swiss accounts, as well as the bank statements of those four years showing payments for flights corresponding to that period. In the history of accounts, there are many cash outflows that, according to Orleans, were for his personal use. The Attorney General of the Supreme Court is investigating whether any of these exits to cover the expenses of the honorary king have not been made public.

See also  The story of "Susanoo" who left everything to succeed as a singer in the United States: He was a Hollywood florist and had a night out with Drew Barrymore

Juan Carlos I presented last February a The second voluntary settlement before the tax authority for 4.4 million for flights that Zagatka Paying him in private jet companies since his abdication in June 2014 until 2018, about five million. Enjoying these trips is an in-kind payment that must be taxed as personal income tax to the treasury. The information sent by Bertosa will determine whether the amount declared by the honorary king corresponds to the payments made by the Orleans Foundation.

On December 9, Juan Carlos paid to the treasury, in Her first settlement, 678,393 euros Corresponding to other tax debts for inheritance taxes, gifts and payments received from businessman Allen Sangines-Krause in the 2016-2019 fiscal years. Both settlements came after his abdication in 2014, the date on which he had immunity.

Alvaro de Orleans, 73, It was announced last March From the headquarters of the Public Prosecutor’s Office in Monaco, his country of residence, by videoconference and as a witness before Prosecutors Campos and Alejandro Luzon, Chief Anti-Corruption Prosecutor. According to his testimony, the more than eight million his foundation paid in flights to Juan Carlos I was to protect the privacy of the then head of state and the foundation’s primary goal, since its establishment in 2003, has been to help the royal Spaniards preserve the family’s traditions.

The distant cousin of the honorary king confirmed during his appearance that all Zagatka’s money comes from his personal property. The enterprise moved to 14 million. Orleans account is the same EL PAÍS exhibited during an interview in Geneva (Switzerland), In February 2020, he stated that he had paid for several flights to Juan Carlos I, but that he “was not the first man for him”.

As these diaries revealed, Zagatka law listed Juan Carlos I as the third beneficiary of the funds He runs the foundation in the event of the deaths of Orleans and one of his sons, the first and second, respectively. In fourth place were King Philip VI the beneficiaries and in fifth place his sisters Elena and Christina, if the line of succession was broken. The royal house confirmed in a statement that Felipe VI was not aware of his presence in Zagatka.

last June, The company has modified its basic systems And suppress the three members of the royal family as beneficiaries. Now, Orleans and only one of his sons appear. Prosecutor Bertosa Orleans questioned in 2018, as a witness, the investigation he is leading against Arturo Fasana, the Swiss account manager for Juan Carlos I. The latter received $65 million from the Saudi Ministry of Finance; attorney Dante Canonica, director of the Lucum Foundation, where the money was paid; s Corina Larsen exiga for the honorary king, in an alleged money laundering offence. Bertosa is investigating allegations that commissions were paid to build an AVE to Mecca built by a consortium of Spanish companies.