Switzerland pushes ahead with self-driving buses 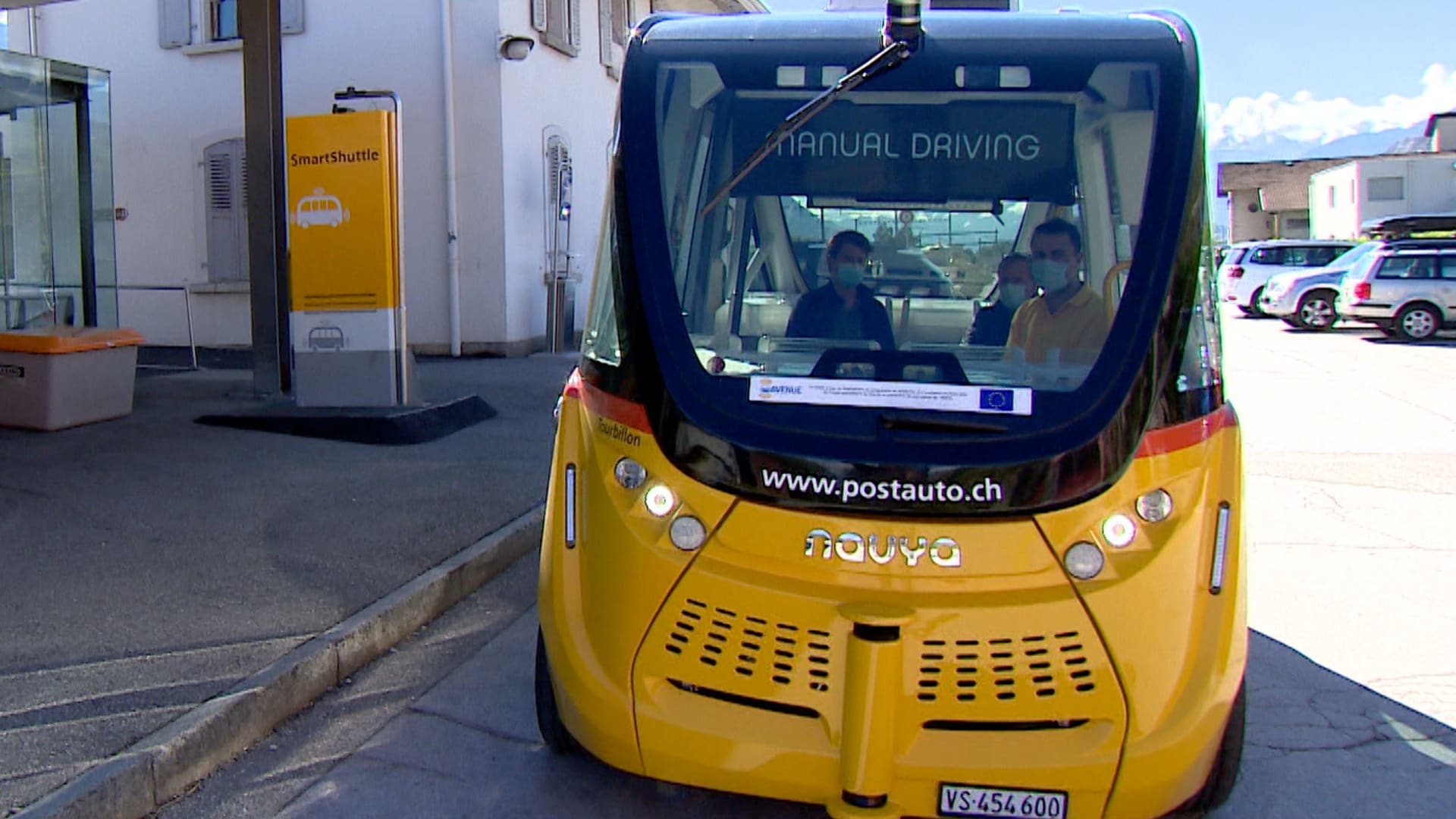 Trials of the world’s first self-driving bus have ended in Canton Valais, and a mobility expert says the Swiss approach is comparable to similar autonomous driving experiences in other parts of the world.

The Swiss PostBus project began in Sion, the capital of the canton of Valais, in 2016, transporting more than 54,000 passengers through the city centre.

The next stage was the provision of on-demand bus services in the town of Yovrier, about six kilometers from Sion, which previously had no public transport. A network of 20 bus stops has been established. Vehicles can be booked through the call center or via a touch screen at the train station.

In the past five years, an increasing number of other Swiss cities and transport companies have experimented with the use of self-driving vehicles on fixed routes. The results of these trials were generally positive.

The independent units in Sion and Auvers are the fruit of a collaboration between the authorities of Sion and Valais, PostBus and the Swiss start-up BestMile, founded in 2014 by alumni of the EPFL.

Translated from the English by Marcela Aguila Rubin

See also  API: Crude oil inventories lower than expected in the US