Switzerland: a “model” country, but it wasn’t until 1971 that women’s vote reached it. 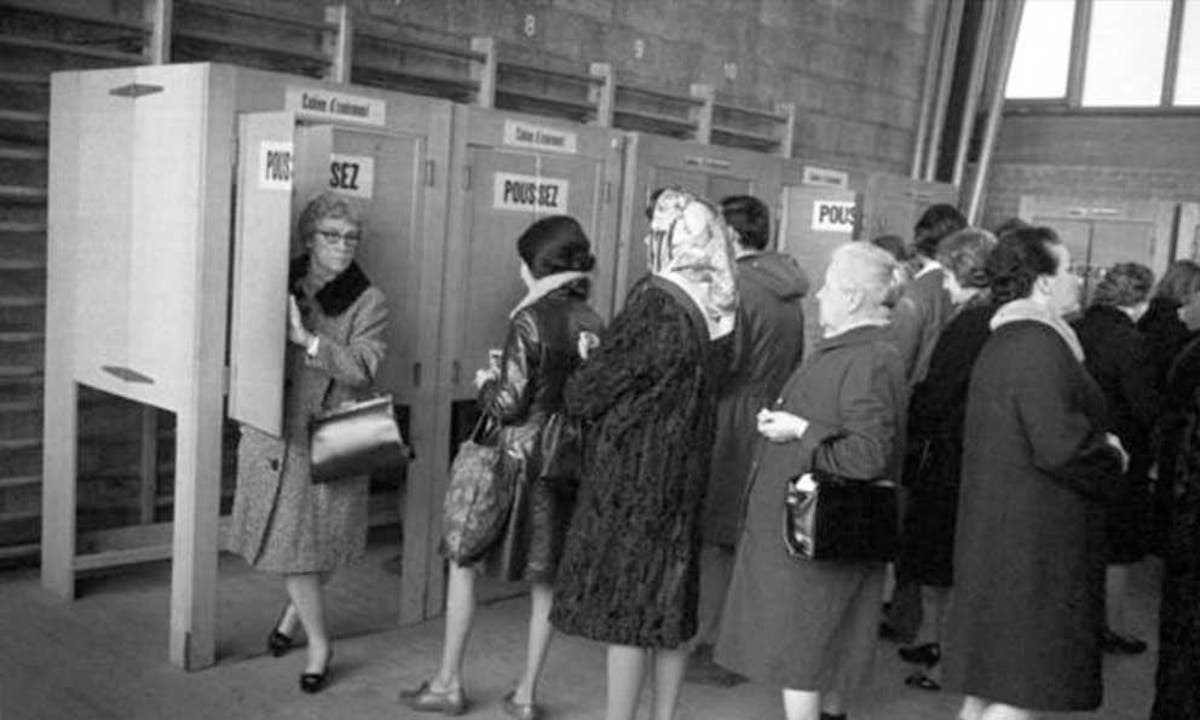 In a recent publication of the broker www.swissinfo.ch The article entitled “Switzerland: a model country but not reached by female voices until 1971” was published.

Switzerland, a country that has never lived under a dictatorship and has avoided wars between its neighbors with its neutrality, was nonetheless one of the last countries in the world to recognize women’s suffrage, in 1971, so in 2021, on the fiftieth anniversary of that step forward, It costs too much.

Few countries, including those that gained independence after that year and many Arab countries, allowed women to vote later than the Swiss, who first established this right only at the federal level, so in some cantonal and local elections, Swiss women’s vote was not It is still standing. to wait longer.

These restrictions continued until 1990, the year when the last Swiss canton that did not allow women’s suffrage (Appenzel-Inner Rhodes) allowed it, and with this resistance the Federal Court was forced to enforce it.

This delay was in no way due to the fact that Swiss women had not claimed their rights for a long time, since the feminist movement was born in the Alpine country in the mid-19th century and in 1868, Geneva-based Marie-Goegg Pouchoulin founded the International Women’s League.

This radical feminist organization requested a vote for the first time that year, but the initiative was rejected by several cantons.

The view of women’s suffrage opponents was that women had other business to attend to before politics, or that Switzerland, left unscathed as world wars devastated its neighboring countries, did relatively well with its limited male vote.

See also  The lioness in the Swiss Fighting Canton Festival

Propaganda from opponents of female voting depicted neglected children, falling from their cribs, crying with pacifiers infested with flies, or other similar images.

In 1959, a referendum was held for the first time on the possibility of introducing women’s suffrage, in which 67% of the men who voted rejected its establishment.

This did not prevent cantons such as Vaud and Neuchâtel, in the western and French-speaking region of Switzerland, from allowing women to vote from that year.

In 1971, a wave of protests rocked the country for its attempt to sign the European Convention on Human Rights with a clause excluding women’s political rights, leading to the organization of another referendum that imposed the constitution of the Swiss system of rights. direct democracy.

In those consultations, fearing that another “no” would give a bad image to the Alpine country, two-thirds of the men who voted, and who for years refused to allow women to do so, gave their approval for women’s suffrage. February 7, 1971, ahead of only 22 other countries worldwide.

Switzerland that voted for the first time in 1990

In Appenzell Inner Rhodes, one of the most traditional cantons in Switzerland, women’s suffrage has been a slow and difficult process.

There the electoral system of this Swiss region was very traditional as it was based on the popular assemblies, without women, which were organized since time immemorial in the mountainous regions of Central Europe called “Landsgemeinde”.

The men, who gathered to vote on the plaça de la Landsgemeinde, argued that the meeting place is too small if female participation is also allowed, or that the popular gathering for them is the same as Mother’s Day for women.

Therefore, the women of Inner Appenzell Rhodes, a canton of about 16,000 inhabitants, could vote and be elected nationally, but in their native canton, they could only observe politics without enjoying any rights.

As a result of the fact that in the spring of 1990 men again refused women’s suffrage in the canton, a claim with one hundred signatures was submitted to the Federal Court, and on November 26 of the same year it was unanimously approved by the highest Swiss court. .

The feeling of many women in the area is that had it not been for the Federal Court’s decision, they would have been without the right to vote today.

Swiss women continue to fight today against employment discrimination, wage inequality, and sexual harassment, which remain major challenges today both in the Swiss country and around the world.