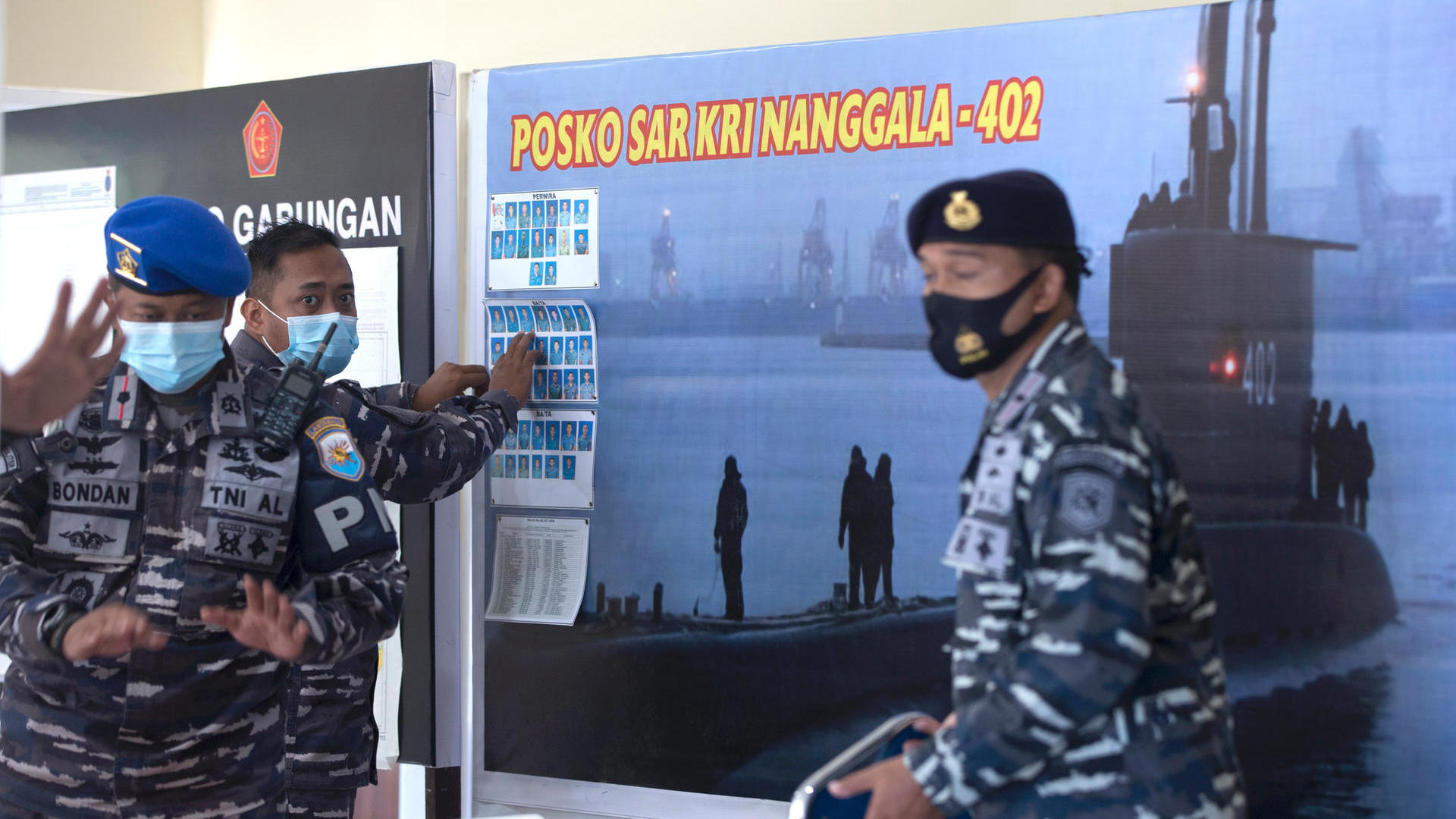 Time is becoming increasingly scarce: Experts estimate that the 53 sailors on the lost submarine off Bali only have enough oxygen until Saturday morning. Research is also being intensified with international assistance.

A race against time off the coast of Bali: Indonesia has intensified the search for the missing military submarine with 53 sailors on board since Wednesday. Experts believe the crew will only have enough oxygen until early Saturday morning. “Save our sailors,” the Jakarta Post said on Friday. The clock is ticking. The newspaper said, “Every second counts in this rescue operation.” The “KRI Nanggala-402”, which was built in Germany in the late 1970s, was disconnected early Wednesday morning. Since then, the Indonesian Navy has been tirelessly searching for the ship with the help of other countries.

The connection to U-Boot has disappeared since Wednesday

The 1,395-ton submarine, about 60 meters long, lost contact early Wednesday morning during an exercise. She had sailed in Surabaya, Java, and was about 95 kilometers north of Bali at the time. The Navy fears that the submarine may be underwater from 600 to 700 meters. The ship is only designed to dive to a depth of 250 to 500 meters. A military spokesman said anything beyond that was fatal. On board the plane are 49 crew members, three gunner and a captain.

See also  United States / China. Xiaomi is suing the US in an attempt to reverse its entry into the investor blacklist

The research focused mainly on an area where an oil slick was discovered in the water on Wednesday. According to Chief of Naval Staff Yodo Margono, a metallic object was found in the area at a depth of 50 to 100 meters that was “extremely magnetic”. It was said that it was still unclear whether it was “KRI Nanggala-402” and whether the object was floating or on the ocean floor.

The United States announced that it would assist Indonesia in the search. “At the invitation of the Indonesian government, we are sending aircraft to help search for the missing submarine,” US Defense Department spokesman John Kirby said Thursday (local time). Defense Minister Lloyd Austin will speak with fellow Indonesian Prabowo Subianto about more aid on Friday.

Indonesian President Joko Widodo wanted to travel to the port city of Banyuwangi in Java on Friday, from which the rescue ships set sail. Banyuwangi is located off the coast of Bali. In a televised address, he had previously asked people to pray for the sailors’ rescue. “I would like to say to the crew’s families that I understand your feelings and that we are doing our best to save all of the crew on board.”

Relatives were waiting for news of the search teams. Yayak Doi Ernawati said she believes in the safe return of her daughter-in-law, who married her daughter just two months ago. “Three days after the wedding, he left for Surabaya and told us on Monday that he will participate in the military exercises,” the Antara News agency quoted the woman as saying. “We have not yet received any complete information from the military base,” he added.

The diesel-electric submarine was built by Howaldtswerke-Deutsche Werft in Kiel at the end of the 1970s. A complete overhaul was completed in South Korea in 2012. It is one of five submarines in the Indonesian Navy.