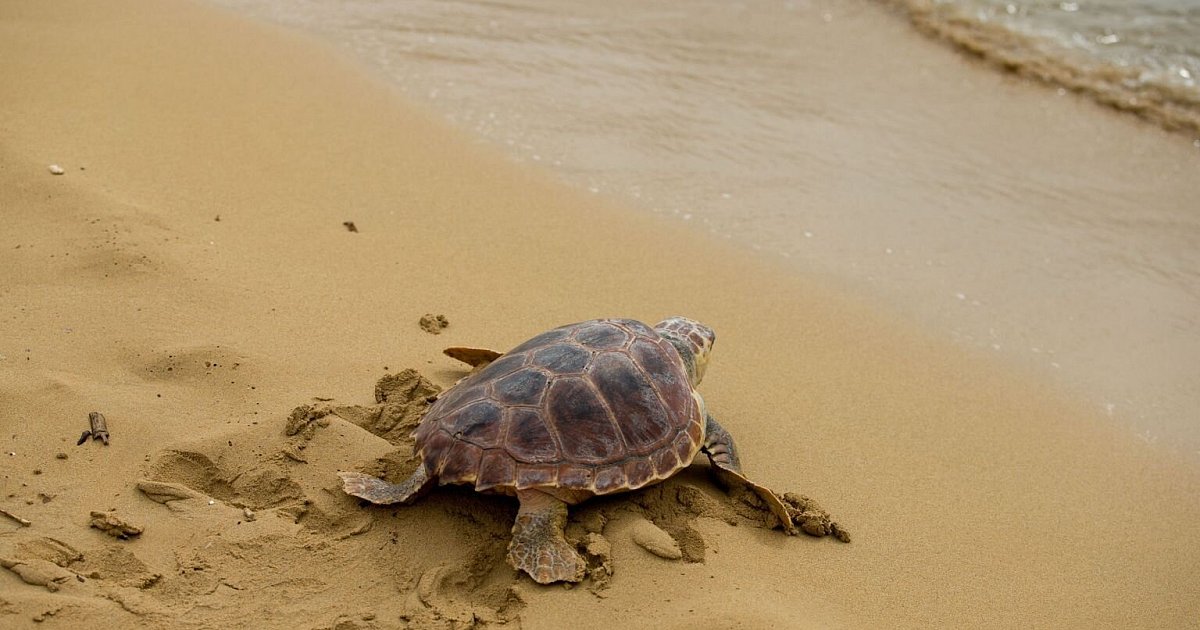 Exeter – Plastic waste in the oceans poses a danger, especially to small sea turtles: according to researchers, the reason is the behavior of animals that have acquired it through evolution.

Accordingly, after hatching on the shore, young turtles swim in the sea with ocean currents and spend their first years there. However, these currents are transporting more and more plastic waste. And because the excrement mostly floats on the surface of the water, where turtles prefer to search for food, it is eaten by carnivores.

The Mindener Tageblatt is not responsible for the content of external websites.

“Our results suggest that this behavior that has evolved is now trapping them and taking them to highly polluted areas,” says study leader Emily Duncan from the University of Exeter. “We don’t yet know the effect of eating plastic on baby turtles, but losses at this early stage of life could have a significant impact on population numbers.”

Scientists from Great Britain and Australia examined a total of 121 tortoises of five different species that were washed off the Australian coast in the Pacific or Indian Oceans or caught by fishermen, they report in Frontiers in Marine Science. The small animals were up to 50 cm, some of which have only recently hatched. Specimens of all species had swallowed plastic. In very young animals, the size of the remains were often five to ten millimeters, while older turtles also had larger parts.

Plastic threatens marine life in different ways: if ingested, it can lead to cuts, blockages or perforation of the digestive tract. Plastic now makes up about four-fifths of the garbage in the world’s oceans.

But there were some differences. Author Duncan says: ‘The plastic in Pacific turtles was mostly made of hard fragments that could come from a variety of products used by humans, while the plastic in the Indian Ocean was mostly fibers – probably made from fishing line or The net.” In addition, the proportion of animals containing plastic was higher in the Pacific Ocean than in the Indian Ocean. However, researchers found the largest amount in a green sea turtle from the Indian Ocean: it swallowed 343 pieces of plastic.