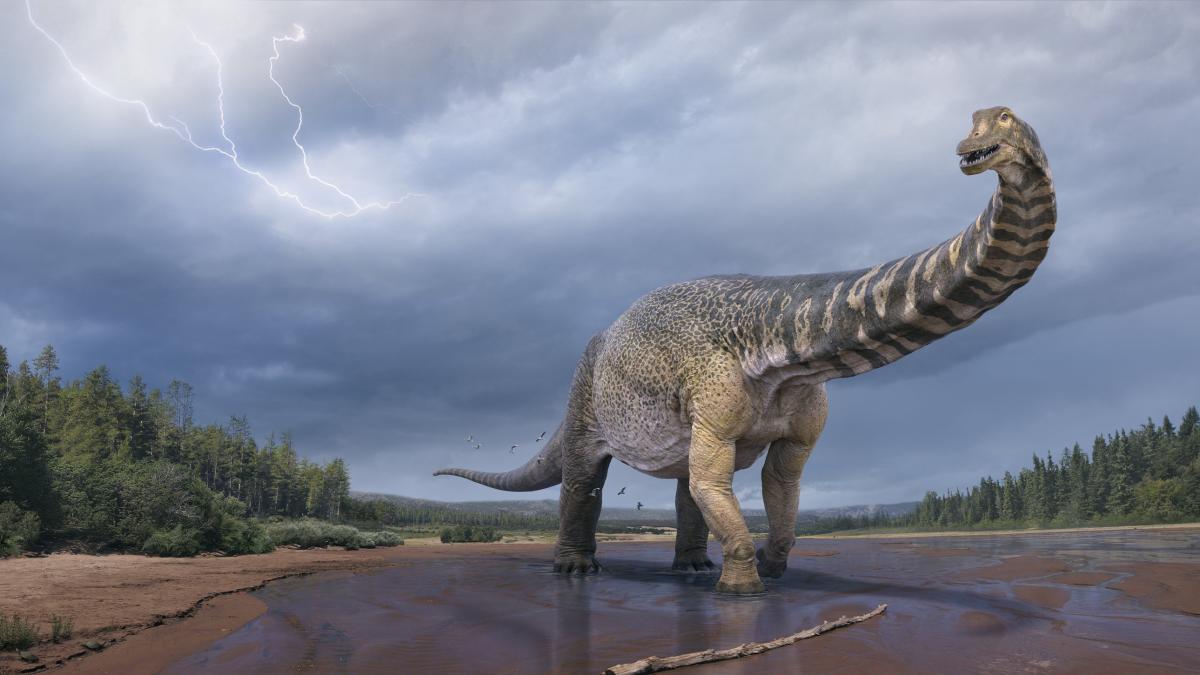 Australotitan coprensis was probably the largest dinosaur species identified by researchers in Australia based on bone finds. The length of the reptiles was estimated to be between 25 and 30 meters.

Therefore, Australotitan coprensis belongs to the titanosaur family and lived about 100 million years ago. Using 3D scanning models of the bones, the skeleton of the dinosaur was compared with that of its relatives.

This reptile was estimated to be five to six and a half meters in height and 25 to 30 meters in length – making it the largest dinosaur in Australia. “Based on comparisons of the size of the remaining limbs, this new titanosaur is estimated to be one of the five largest in the world,” said Robin Mackenzie, director of the Iromanga Museum of Natural History in Queensland.

In 2007 the discovery became public

The fossilized bones were found on the Mackenzie family’s farm 1,000 kilometers west of Brisbane. The skeleton of a dinosaur was nicknamed “Cooper”. In 2007 the discovery was presented to the public for the first time.