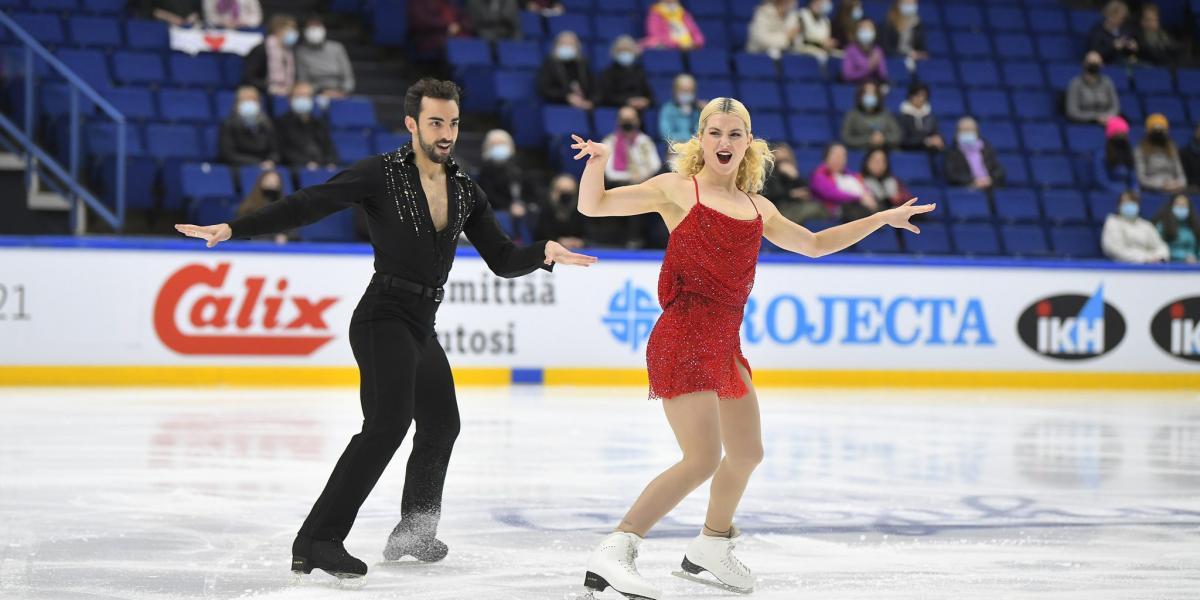 The Finland Cup 2021 He has worked to highlight the great moment of Spanish skiing on the international stage. With up to nine skaters participating in up to three classes, the test was conducted in Espoo This week ended with a satisfactory balance for the members of the National Figure Skating Team.

In dance, this competition was the first of the three dates that would be counted to determine which couple would be in Beijing 2022 Olympics. Both teams left a very high level in Finland, finishing in the top five with clear equality. Olivia Smart and Adrian Diaz (185’82 points) is in fourth place with Sarah Hurtado and Kirill Galyavin (185’57 points) in fifth, only 0.25 points between them.

We go to the couples, where Laura Barquero and Marco Zandron They once again completed a positive performance in which they left their personal best mark (189’99 points), putting them in sixth place. Secondly, Dorota Broda and Pedro Petjon They continue their international lead in thirteenth place after collecting 130.25 points.

Finally, in the men’s category, highlight the great competition of Thomas Guarino That took a huge leap forward. The Spanish skater added 210’36 points, his best result and left a long program at a high level. This big role put him in positive ninth place.

See also  Singer Harry Styles first man to be on the cover of Vogue; Wearing a ball gown