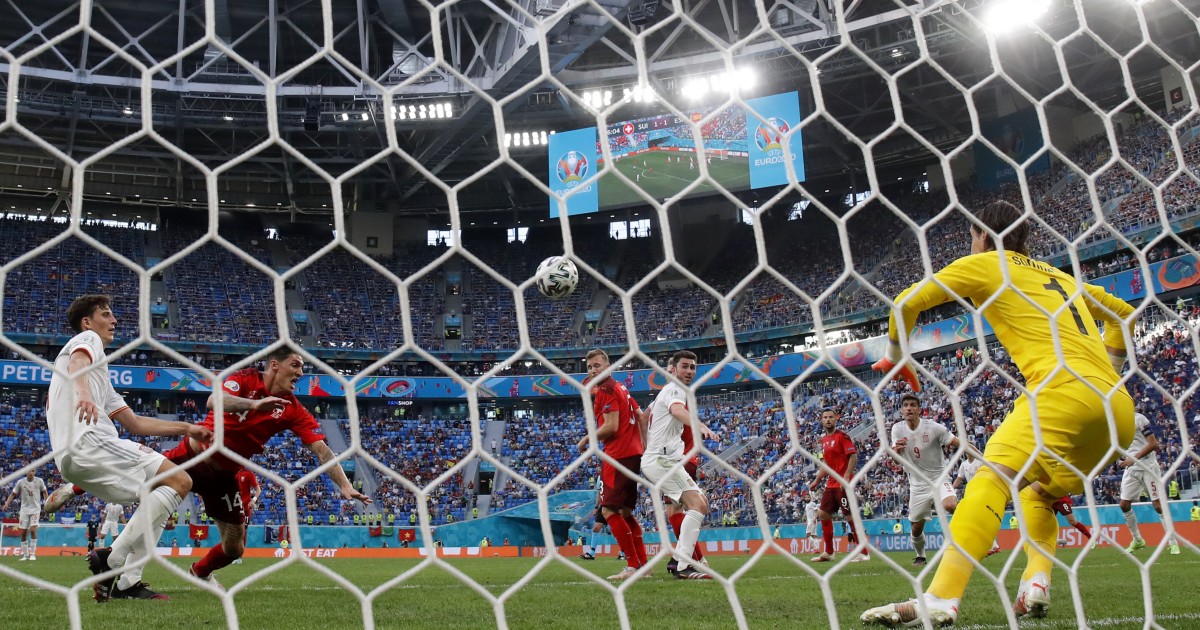 Spain reached the semi-finals from the hand of goalkeeper Unai Simon, who saved two penalties in favor of La Roja to beat Switzerland 3-1, after equalizing the result in 120 minutes.

La Roga advanced in the 8th minute only, with an own goal by Denis Zakaria, but the Swiss team reacted to a match in the 68th minute, with both captain Xherdan Shaqiri.

The above despite the fact that Switzerland stayed with less after the dismissal of Remo Freuler, at 77′, after a difficult tackle on Morata.

But Jan Sommer, the Swiss goalkeeper, was in charge of covering and turning everything the opponent threw at him.

On penalties, the Spaniards started with their left foot after Sergio Busquets sent the first charge to the post, and Switzerland advanced through Gavranovic.

Vargas would have earned the Swiss’s maximum penalty and it was enough for Mikel Oyarzabal to do, Spain’s last push, to take the win.

In addition to Oyarzabal, Dani Olmo and Morata scored. Switzerland has only Gavranovic’s record.

Spain has already reached the semi-finals and is waiting for the winner of the confrontation between Italy and Belgium.