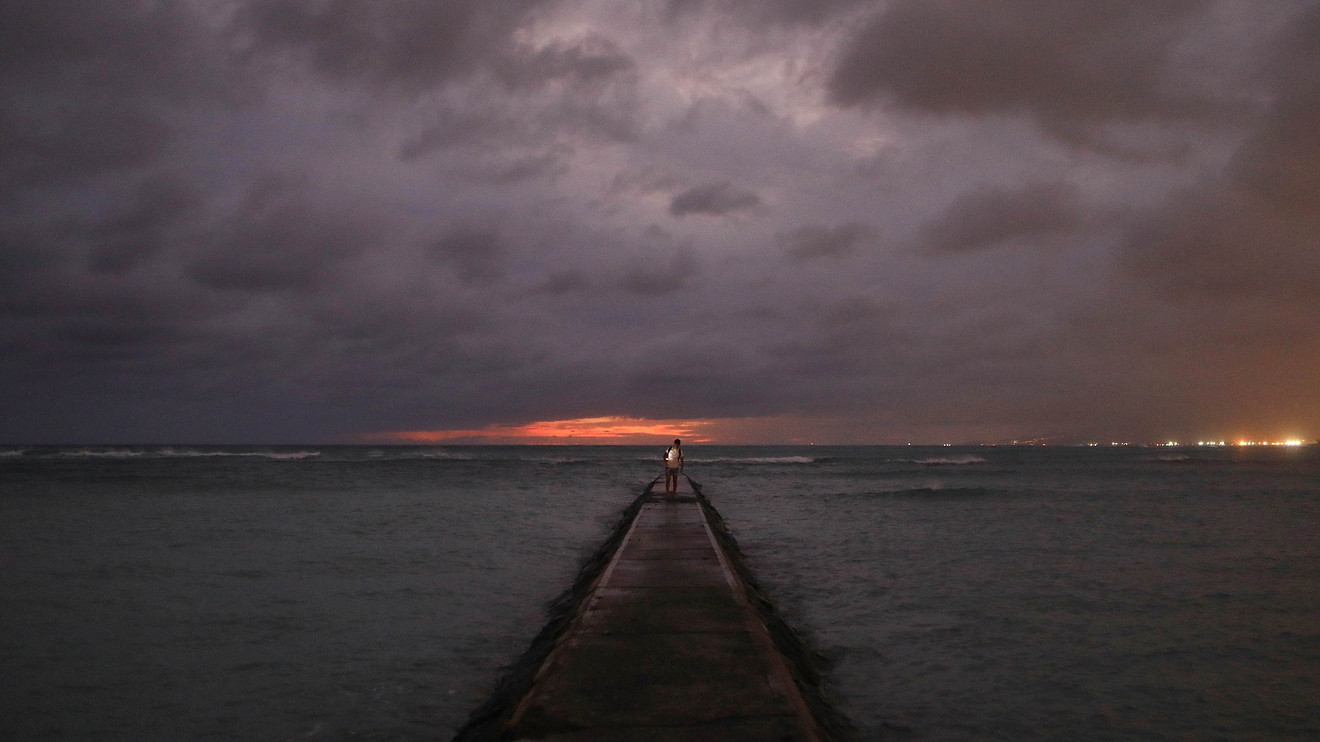 The one certainty about the outlook for companies in a COVID-19 world is that second-quarter earnings will be very bad — the worst, in fact, in more than 10 years.

Although Wall Street is betting that earnings will start bouncing off the bottom in the third quarter, the beginning point for that bounce is unknown, and early indications suggest the rebound’s magnitude may not match investors’ hopes.

As usual ahead of earnings season, since the reports cover the three-month period that has already passed, what companies say about the current quarter or the full year is more important than the results they’re reporting. But this earnings season may be different, as uncertainty over the impact of the COVID-19 pandemic has led many companies to withdraw guidance, leaving analysts more blinkered than usual when setting estimates.

component companies have pulled their financial guidance, and less than half the typical number of companies have so far provided quarterly updates ahead of earnings, according to Sebastien Leburn, senior portfolio manager at Boston Private. “There’s a deficit of information that needs to be filled at some point,” Leburn said in an interview with MarketWatch.

That puts the trajectory of the anticipated earnings bounce, which stock investors are banking on, on unsure footing.

“That’s why I think earnings will be very important, because they’ll provide a dose of reality,” Brad Cornell, professor emeritus of finance at UCLA, told MarketWatch. “They are going to tell us exactly whether a company is on a path that justifies this run-up.”

One aspect of the rally in stocks over the past few months is that it has been driven by a shrinking set of mega-capitalization companies expected to benefit in a post–COVID-19 world. All five of the most highly valued companies in the S&P 500 index — Apple Inc.
AAPL,
,
Microsoft Corp.
MSFT,
,
Amazon.com Inc.
AMZN,
,
Google parent Alphabet Inc.
GOOGL,

“
‘That’s why I think earnings will be very important, because they’ll provide a dose of reality. They are going to tell us exactly whether a company is on a path that justifies this run-up.”
”

Those five companies have a combined weighting of nearly 23% in the index, according to FactSet. That increases the risk for the broader stock market, as it heightens the importance of the earnings performance of a smaller set of companies. Disappointing results from other companies viewed as post–COVID-19 winners could also sap the market’s strength.

It’s not just the results that matter; so will any financial guidance they can provide to help justify the stocks’ gains.

“It’s all about clarity and having some guidance,” said Boston Private’s Leburn. “Without that, you have nothing to work with.”

The bad news is the actual numbers

The second-quarter earnings reporting season for S&P 500 companies unofficially kicks off before Tuesday’s opening bell, when a number of banks reveal their results.

The aggregate blended year-over-year growth estimate for earnings per share, which includes some earnings already reported and the average analyst estimates of coming results, is negative 44.7%, according to FactSet. That would be the biggest decline in earnings since the fourth quarter of 2008, when earnings fell 70% in the midst of the financial crisis. It would follow 1% earnings growth in the first quarter.

See also  Lower levels of the river block the waterways

“Second-quarter earnings will likely be a ‘kitchen sink’ report from many companies,” said Marc Lichtenfeld, chief income strategist with the investment and business newsletter publisher the Oxford Club. “They can throw in all of their write-offs and other expenses and know they will likely be forgiven for an earnings miss due to the extenuating circumstances.”

The current estimate marks a sharp drop in expectations as the coronavirus pandemic took firmer hold: The estimate as of March 31 was for a decline of just 11.1%.

All 11 S&P 500 sectors are expected to suffer negative earnings growth, led by energy, where earnings are projected to have fallen 151.5%, and consumer discretionary, which includes Amazon, where a 118% decline is forecast.

Information technology, which includes Apple and Microsoft, is expected to show a 9.5% earnings decline, while communications services, which houses Alphabet and Facebook, is expected to fall 30.7%. The best performer is currently estimated to be the utilities sector, whose earnings are forecast to be down 3.3%.

The outlook for sales is much better, with analyst expectations pointing to an 11% decline overall, with health care and utilities are the two sectors projected to see year-over-year sales growth.

The outlook for the third quarter is also bleak, just not as bleak as the second quarter.

The blended earnings-per-share estimate is for a drop of 24.4%, which compares with expectations of a decline of just 1% as of March 31. That would mark a second straight quarter of negative earnings growth, which by definition would mark the kickoff of an earnings recession.

Of the 11 S&P 500 sectors, 10 are currently projected to suffer negative third-quarter earnings growth, led by energy at down 113.7% and industrials at down 59.8%. The one sector expected to grow earnings is utilities, where a 0.3% earnings rise is foreseen.

Meanwhile, third-quarter sales are expected to decline at a 5.5% rate.

Winners and losers in a new world

Although the earnings outlook for the overall S&P 500 is uniformly negative, investors have made a clear distinction between companies expected to end up as winners in a post–COVID-19 world and those that will struggle.

Many believe the COVID crisis is creating a new world, while others believe the pandemic has just sped up the future.

“Historically speaking, crises have tended to accelerate macro trends already in place,” said Yancey Spruill, chief executive officer at DigitalOcean, a cloud infrastructure company. “The clear winners are enterprise technology companies whose infrastructure or software supports the shift to remote work environments and deliver services to customers in a low-friction manner through an internet-based interface.”

as cloud productivity tools that will likely continue to see “impressive growth.”

“Coronavirus has split the stock market like never before,” said David Russell, vice president of market intelligence at TradeStation Group. “Large swaths of the S&P 500 and even some members of the Dow Jones Industrial Average
DJIA,

have become irrelevant as newer software companies break out.”

A good example is Zoom Video Communications Inc.
ZM,
,
Russell said. The video meetings service, which went public just 15 months ago, has a market capitalization of about $78 billion, which is bigger than the market caps of two hotel stocks in the S&P 500 — Marriott International Inc.
MAR,

“We were already seeing a shift of money into ESG funds before coronavirus, and the trend has continued with an embrace of electric vehicles and solar energy,” Russell said.

Opinion:Coronavirus can shake up ESG investing — here’s what investors should demand

is not yet a member of the S&P 500, but with the stock more than tripling this year, the electric-vehicle maker’s market cap of about $276 billion makes it the 15th most valuable company in the U.S.

One potential headwind for the stock market is the cloud of uncertainty blanketing the political landscape, in terms of what shape the next stimulus package, if one emerges, will take in the shorter term, and the Nov. 3 presidential election in the medium and longer terms.

“Politics will undoubtedly play a role in the outlook and guidance for Q3,” said Ken Van Leeuwen, managing director and founder of the financial adviser Van Leeuwen & Co. “The current news cycle has been dominated by COVID-19–related [developments] and social unrest, but we feel that the election will be in the spotlight as we get closer to November.”

This could make it difficult for companies to provide investors with the clarity they’re desiring. And a continued reluctance to provide guidance could shake the stock market’s foundation.

Others believe that politics is just a sideshow that can create short-term volatility for stocks, while lasting impacts are unlikely. Especially in the current environment.

“[T]he tremendous health and economic challenges associated with the COVID-19 outbreak mean that election-related political uncertainty isn’t the primary concern of business leaders,” said Mark Hamrick, senior economic analyst at Bankrate. “They have other proverbial fish to fry at the moment.”

Investors can brace for a fresh round of cost cuts and capital-raising activity to accompany earnings reports, as companies move to bolster liquidity and preserve cash as revenue shrinks.

Companies in the hospitality sector — restaurants, hotels, airlines, and rental-car companies — are most at risk, said Anthony Denier, chief executive of Webull, a commission-free trading platform. “Companies related to sports, such as Madison Square Garden Sports Corp.
MSGS,
,
will also take a hit. Entertainment companies like casinos and anything that puts on shows where large groups of people attend will also be hit hard.”

The handful of companies that have already reported or updated guidance reflect the trend.

announced it plans to cut 4,000 jobs in the U.K., and United Airlines may furlough or fire up to 36,000 employees once the federal rules for accepting pandemic money expires on Oct. 1.

“This could expand throughout the entire airline sector,” said Denier. “AT&T also said it may cut jobs and close stores. Again, this might be a harbinger for the rest of the telecommunications industry.”

“
‘There’s so much liquidity and capital to put to work and so much trading on short-term trends and issues. It belies the underlying weakness and problems to come and it’s whitewashing many of those problems.’
”

and hamburger chain Shake Shack Inc.
SHAK,
,
which has failed to fully offset restaurant closures with delivery and pickup.

James Gellert, CEO of Rapid Ratings, a data and analytics company that assesses the financial health of private and public companies, said the quarter will reveal just how much companies have been destabilized by the pandemic — and it won’t be pretty.

Rapid Ratings conducted stress tests on 40,000 public and private companies, reviewing their financial health ratings prior to their first-quarter earnings releases to establish a true pre–COVID-19 perspective and measure how much they deteriorated after stay-at-home orders were put in place.

The stress tests showed deterioration in core health, which looks at longer-term stability, while shorter-term financial health ratings were not as badly impacted, “but I suspect after the second quarter we will see a precipitous decline in both,” said Gellert.

Overall, companies increased leverage, while revenue and profitability declined. That means higher interest costs but lower interest coverage amid a reduction in cash from operations.

“That combination of factors sets the stage for an enormously impactful second quarter,” he said.

Even after raising money at record rates, companies are expected to continue to issue debt, equity and convertible bonds in the coming quarters, as long as capital markets remain open.

U.S. companies issued a stunning $1.09 trillion of corporate bonds in 909 deals in the year through July 10, according to data provided by Dealogic. That shattered the previous record of $670.7 billion in 664 deals issued in 2015.

“There’s so much liquidity and capital to put to work and so much trading on short-term trends and issues,” said Gellert. “It belies the underlying weakness and problems to come, and it’s whitewashing many of those problems.”

Crucially, buoyant capital markets are not reflecting the underlying weakness to come and the problem of long-term destabilization. “Nobody should equate strength in the S&P 500 with underlying corporate strength,” Gellert said.