Smartphones: What made some people give up on them? 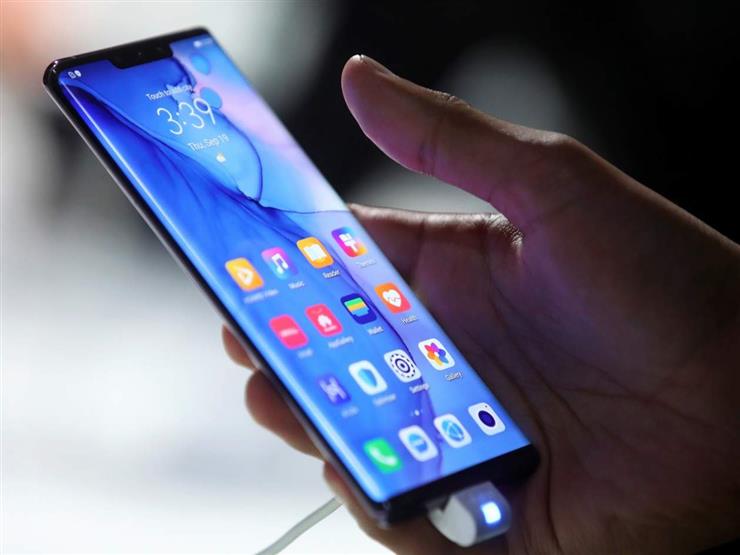 In a world where many of us are glued to our smartphones, Dolce Cowling is a case out of the ordinary as she has given up her smartphone.

And the 36-year-old found at the end of last year that getting rid of her phone would improve her mental health. So, over the Christmas holidays, she told her family and friends that she would be using an old Nokia phone that could only make and receive calls and texts.

Cowling recalls that one of the pivotal moments that led to her decision was spending a day in the park with her two sons, who are six and three years old. Up to 20 people, looking at his phone.”

She added, “I said to myself: When did that happen? Everyone misses out on real life. I don’t think you reach your deathbed and say you should have spent more time on Twitter or reading articles online.”

Cowling, a creative director at the London-based advertising agency Hill Yeh, adds that the idea of ​​giving up her smartphone had been on her mind during the Covid-related lockdowns.

She added, “I thought about how much time I spent using the phone and what else I could do. Being in constant contact with so many services creates a lot of distractions and it’s a stressful thing for the brain to deal with.”

Cowling plans to use the time she gained from leaving her smartphone to read and sleep more.

About nine in 10 people in the UK today own a smartphone, a figure that is widely repeated across the developed world. We stick with these devices, and a recent study found that the average person spends 4.8 hours a day on their smartphone.

Alex Dunedin got rid of his smartphone two years ago. “Culturally, we have become addicted to these devices,” says the educational researcher and technology expert. “They slow cognition and hinder productivity,” he added.

Dunedin, who lives and works in Scotland, says another reason for his decision is environmental concerns. He points out: “We waste huge amounts of energy producing massive amounts of carbon dioxide emissions.”

He asserts that he has become happier and more productive since he stopped using the smartphone. Dunedin doesn’t even have an old-fashioned cell phone or even a landline. He can only be contacted electronically via e-mail messages that reach him through the computer at home.

“It improved my life,” he says. “My thoughts are freed from constant cognitive contact with a machine that I need to feed energy and money to. I think the danger of technologies is that they empty our lives,” he added.

Lynne Voice, a 53-year-old teacher and writer from Birmingham, moved in the opposite direction. She started using the smartphone again last August after a six-year hiatus.

She says she reluctantly had to buy a smartphone again due to having to deal with QR codes in restaurants and so-called Covid passports, in addition to facilitating communication with one of her daughters who lives in Paris.

But she says she plans to give him up again, if she can “after the end of the pandemic and when Ella returns.” [ابنتها الكبرى] From the outside, I might try to give it up again. It sounds like an addiction, doesn’t it?”

And when Voice ditched her smartphone for the first time in 2016, it was to help encourage her daughters to reduce the time they spend on their devices.

“They were glued to their phones,” she says. “I thought the only way to stop this was to get rid of my phone. It made a huge difference.”

“For example, we were going to a restaurant, and you didn’t see me picking up my phone,” she says.

Not having a smartphone, she says, “relieved a lot of pressure on my brain,” “I didn’t feel compelled to answer questions right away or be available to answer messages when I got out of the house.”

However, while some worry about the amount of time they spend on their phones, millions of others consider smartphones a godsend.

A spokesperson for Vodafone UK’s mobile network says: “More than ever, access to healthcare, education and social services is more accessible, and the smartphone is an essential lifeline.”

“We’re also creating resources to help people get the most out of the technology they’re using, as well as keep them safe when they’re online – which is very important,” he added.

However, Hilda Burke, a psychotherapist and author of The Phone Addiction Handbook, says there is a strong link between heavy device use and problems in relationships, sleep quality and our ability to relax, and levels of concentration.

“A lot of people have constant requests coming through their devices, and many of these requests cause a false sense of having to respond quickly,” she says.

“They feel they can’t set limits, and as a result feel compelled to check their emails and messages right before bed and as soon as they wake up in the morning,” she says.

If getting rid of your smartphone seems difficult, but you’re worried that you’re spending a lot of time using it, there are other measures you can take to reduce your use of it.

Although it may seem counterintuitive at first, more applications are emerging to curb the heavy use of smartphones.

For example, Freedom lets you temporarily block apps and websites, so you can focus more. The Off the Grid app enables you to block your phone for a certain period of time.

Burke says it would be beneficial for more people to monitor the amount of time they spend on their smartphones. “Beginning to realize how much time you spend each day on your phone can be an alarm bell and a catalyst for change,” she adds.

She also recommends enjoying short periods when your phone is off or leaving it at home and gradually increasing the waiting period to check it again.

Finally, Burke recommends choosing a picture or word that represents what you’d rather do, if you have more time, to put it on your phone screen.

“Considering that most of us check our smartphone 55 times a day and some of us may check it about 100 times, this is a great visual reminder of a more valuable way to spend your precious time,” she says.