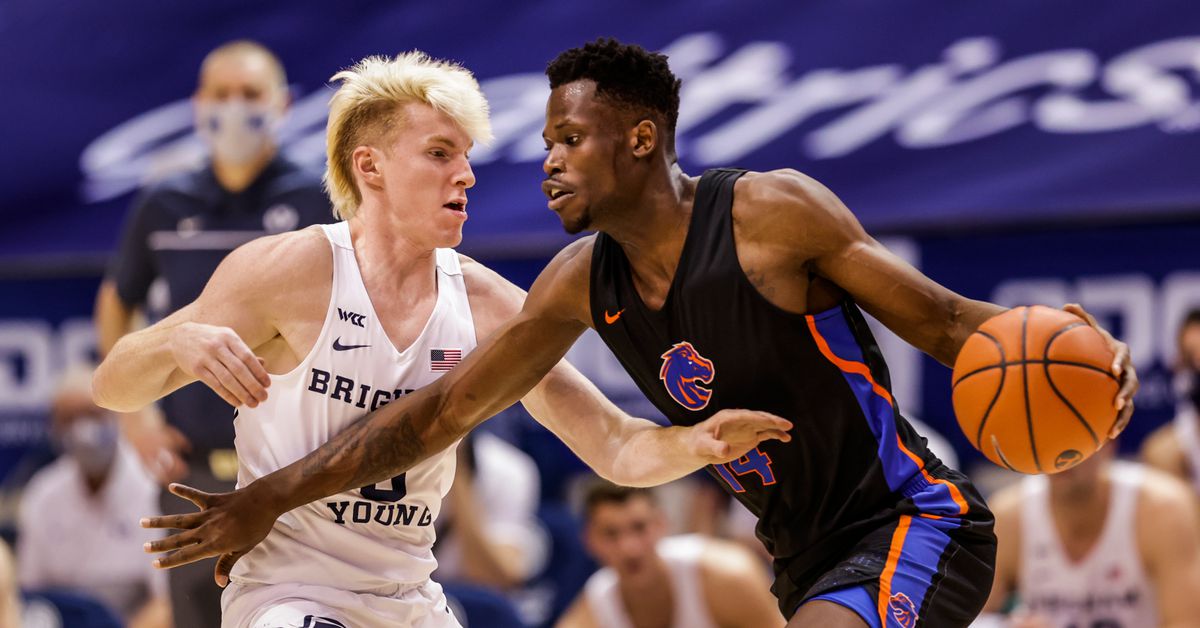 For most of the first half of Wednesday night against the Boise State Broncos, the BYU crime seemed like one of their ugly Christmas jackets. The Cougars trailed 14-0 and did not score for the first 8 and a half minutes of the match.

“They went out with fire and passion and we couldn’t respond,” Brigham Young University coach Mark Pope said of the Bronco. “It was very frustrating for us. We were really stagnant. We had no speed or flow.”

In the second half, she fights BYU, looking for a Christmas miracle at the Marriott Center.

The Cougars got roughly one – linking the game multiple times, including at 70-70 with 36 seconds remaining on the drive by Alex Barcello – but the 3-pointer at the top of the switch with 13 seconds remaining by former Arizona Barcello classmate and Wasatch Academy producer Emmanuel Akot raised Boise State to a 74-70 victory.

Barcello had the opportunity to tie the match to the pointer 3 three seconds before the end of the match, but missed the goal.

The Pope said: “Alex had an open look.” “We’ll take that every time.”

“All of my team-mates trusted me … Not every shot falls,” said Barcello. “Unfortunately, you didn’t fall and lost the match. But we will go back. Maybe I won’t sleep tonight.”

The Cougars did not advance (5-2) in a match in which a 10-point deficit looked like a 20-point gap.

Barcello finished with 22 points, the highest level for the team, and Matt Harms added an 18-season high. Guard Spencer Johnson and striker Richard Harward came off the bench to score 10 and 8 points respectively, and helped fuel the BYU rally.

“We weren’t together defensively in the second half,” Bob said.

On Tuesday, Pope described last year’s performance against Boise State as a “disaster attack” in an overtime setback for Bronco. That would also describe what was on display in the first half of the Marriott Center where the Cougars simply fell into a very large hole.

“I did a bad job offensively to gain the confidence of our men in how we dealt with this game. We will fix it.” – BYU coach Mark Pope

Not only was it a bit of a reminder of what happened to BYU last year against Boise State, but it was somewhat reminiscent of what happened in last week’s 26-point loss to the USC as the Cougars fought with the Broncos.

The Pope said: “Their height annoys us.”

“There was a big step forward for us,” Bob said. “We had the same frustration against USC.” “The difference was in this game, we went out in the second half and kept in touch, and emotionally locked in the game, if we weren’t implementing enough.

In the first half, Barcello, BYU’s top scorer, was captured by Boise State. Every time 1st goalkeeper touched the ball, the Broncos would pour over him.

“They were applying to Alex, and they should. That’s what every team will do.” “The more anxious we are, the more we get stuck on one side, the more we break every principle we are working on … It’s a little domino effect. It is a real immature way of the game. I did a poor job offensively to gain the confidence of our men in the way we approached this game. We’ll fix it. ”

The first half was a great performance for BYU, especially the first 12 minutes. The Cougars captured six turns in the first eight minutes and lost their first eight shots off the ground as Boise State snatched a 14-0 lead.

BYU were kept goalless until 11:21 in the first half on a corner kick by Haarms to narrow the lead to 14-2.

“This slow start can be attributed to a large extent to our lack of listening to the coach,” Harms said. “The coach preaches the attack that succeeds every time we do what he says and play the way we know how to play … It will always be about the movement of the ball. That is the key to this team.”

BYU struggled again with the free throw streak, making only 11 out of 18, leaving valuable opportunities to score for the charity tape.