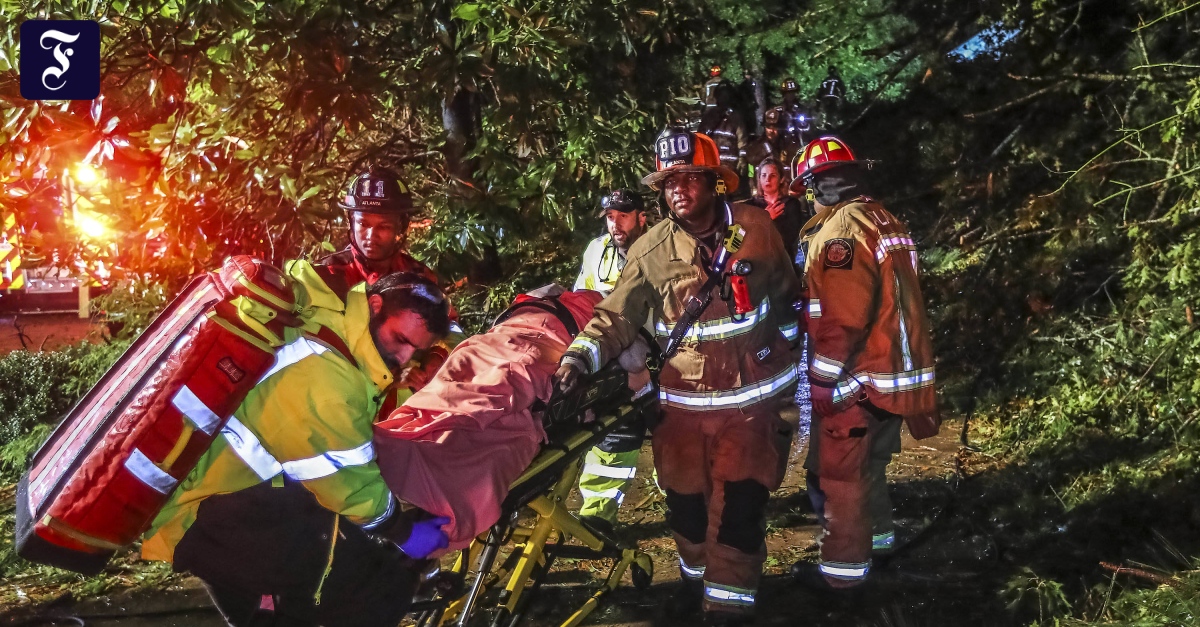 HThe uricane “Zeta” caused massive damage in the United States, killing at least six people. Meanwhile, Poweroutage.us showed up Power cuts in more than two million households After a stage two hurricane struck land near New Orleans, Louisiana on Wednesday with winds of 175 kilometers per hour. In addition, according to media reports, at least six people were killed across the country.

The effects of the storm, which were eventually downgraded to a tropical storm, were also being felt in other states: President Donald Trump had to delay the campaign event in North Carolina due to gusts of up to 80 kilometers per hour. And in Washington, D.C., among other places, it rained heavily for Thursday hours. Friday night, Zeta moved east towards the Atlantic Ocean.

Governors of Louisiana, Alabama and Mississippi previously declared a state of emergency in order to prepare for the storm. Along the Gulf Coast between southeast Louisiana and western Florida, dangerous storm warnings have also been issued. In the past few days, Zeta has upended trees and power pylons in the Yucatan Peninsula in southeastern Mexico, causing floods and blackouts. The storm hit land there late on Monday evening.