San Diego: An Australian warship arrives in port with two dead whales on board 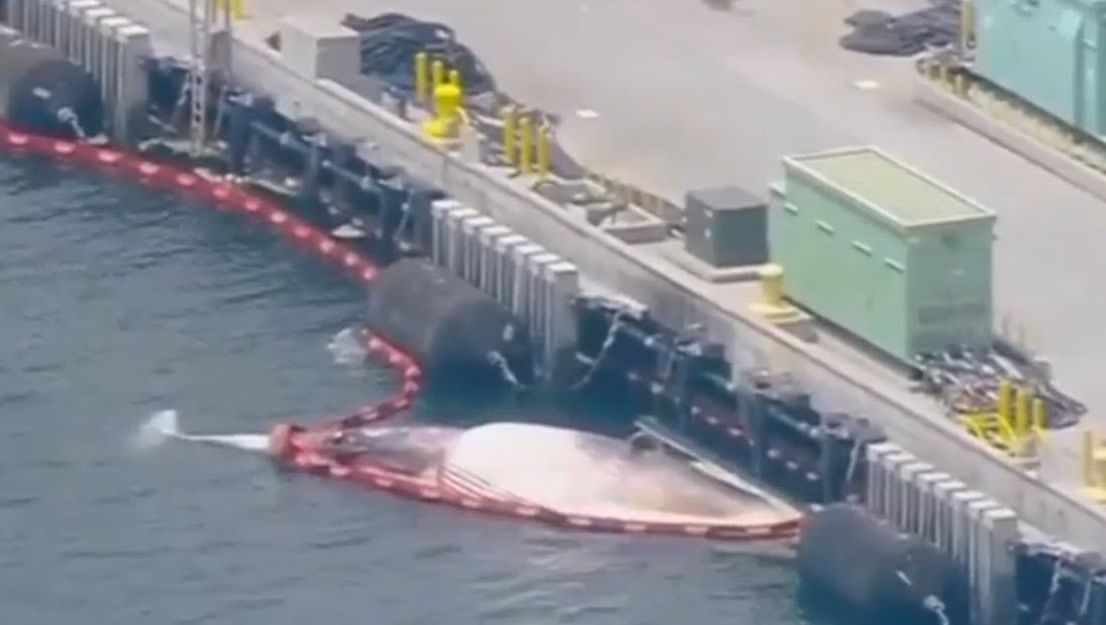 The waters off Southern California are among the busiest sea routes in the world, and the Port of San Diego plays an important role in the supply of the entire state. However, the Sea District is also a sanctuary for large marine mammals. Two dead whales were discovered on the hull of a warship in the San Diego seaport.

The animals were stranded on the Australian Navy destroyer HMAS “Sydney”, which has a length of about 150 meters. This is also reported by the Australian media American broadcaster CNN. Accordingly, the mammals that perished are the fin whales, which are the second largest of the whale species. The largest of the two animals was about 20 meters long, and the other was less than eight meters. It is believed that she could have been a female and her calf.

“The Navy takes the safety of aquatic mammals very seriously and we are very depressed about this incident,” said a statement from the Australian Armed Forces. The ship has been in the waters since April to conduct maneuvers with the allied US Navy. Whales were only discovered after the ship docked in San Diego harbor.

Fin whales are on the endangered species list. This species is almost extinct due to overfishing. Today, an estimated 3,200 whales live off the west coast of the United States again. Ship accidents are among the biggest threats facing mammals today.

The Sender 10 News San Diego Biologist John Calambukidis is quoted from the Cascadia Research Group in Washington. “In most cases, the ship’s crew doesn’t even notice that they hit a whale.”

READ  Police break up parties in student halls in Edinburgh

In his estimation, fin whales are especially vulnerable due to their enormous size. In addition, animals often rest near the surface of the water. Numerous accidents are reported off the west coast of the United States each year, but the number of unreported cases is likely much higher.