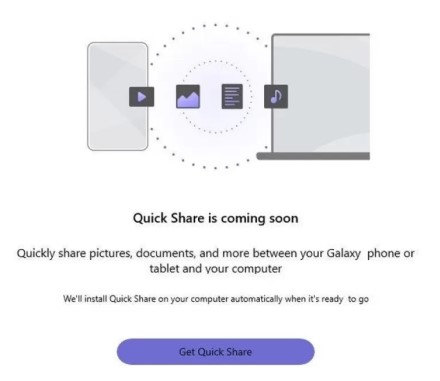 Samsung, the South Korean-based tech giant, is ranked second in the world in terms of smartphone sales, according to the latest data. Expanding the user base and returning to first place may help recently unveiled plans for new functions – Samsung is promising to release three apps that will improve the interface between phones and computers running Windows 10.

The first is called Quick Share and first appeared around a year ago with the Galaxy S20 line of smartphones. It’s similar in functionality to Apple AirDrop and allows you to quickly share files between Galaxy devices via Wi-Fi. Samsung is now working with Microsoft to create an app equivalent to the Windows 10 platform that allows you to easily and quickly exchange files between your computer and a phone or tablet.

The other two tools being developed for Windows 10 are called Samsung Free and Samsung O. The first is an updated and improved version of Samsung Daily, which brings news, TV and games in one place. At the time, the mysterious Samsung O resembles a version of the aforementioned app, but unfortunately no further details have been revealed about its functionality – all that is known is that Samsung is testing it.

It is not known when these three programs will arrive on Windows 10, but we have no doubt that they will be available later this year.