Russia responds to US sanctions 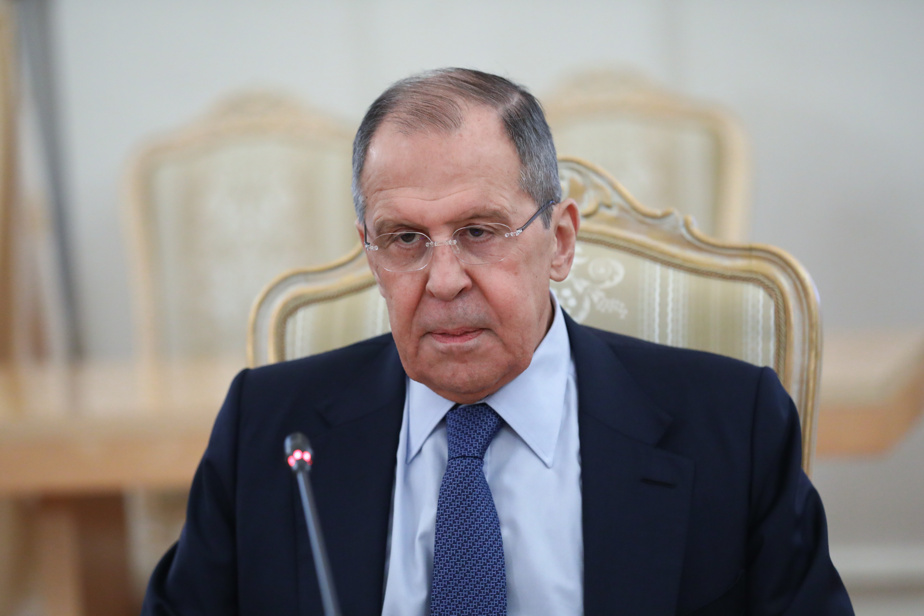 (Moscow) Russia responded, on Friday, to the new US sanctions, including the expulsion of diplomats and the banning of senior officials from entering its territory, prompting the United States to denounce the “regrettable escalation” and threatening Moscow with another counter-attack.

The two rival powers are blowing hard and cold, announcing successive swift sanctions and counter-sanctions while ensuring that they want to “de-escalate” tensions and openly contemplate a forthcoming summit between Vladimir Putin and Joe Biden.

US-Russian relations continued to deteriorate amid accusations from Washington of interfering in the 2020 US presidential elections, espionage and cyberattacks.

President Biden announced, Thursday, the imposition of sanctions on a number of Russian entities and individuals, the expulsion of ten Russian diplomats, and the banning of American banks from direct purchase of debt issued by Russia after June 14.

On Friday, the head of Russian diplomacy, Sergei Lavrov, decided to expel ten American diplomats in turn, and unveiled various restrictions that complicate the life of American representations in Russia, as well as prevent American institutions and non-governmental organizations that interfere on its territory. Openly, “in its domestic politics.

And many members of the Biden government will no longer be allowed by Russia to stay there: These are the ministers of justice, homeland security, domestic policy advisor, the head of the FBI, and the director of intelligence.

Sergey Lavrov also announced that Moscow had “recommended” US Ambassador John Sullivan to return to Washington for “deep and serious consultations.”

Meanwhile, the Russian ambassador to Washington, Anatoly Antonov, was summoned to his country on March 17th, after Joe Biden described Vladimir Putin as a “killer.”

According to him, Moscow reserves the right to take other “painful measures” against American companies, but “keeps them in reserve.”

The summit is under consideration

The US President confirmed that his sanctions were calculated. On Thursday, he estimated that the “moment of calm” had come.

On Friday, however, Washington condemned the “regrettable escalation” on the part of the Russian government.

A spokesman for the US diplomacy said, “It is not in our interest to enter a spiral of escalating tensions, but we reserve the right to respond to any Russian retaliation against the United States.”

For its part, the Kremlin expressed satisfaction to some extent with the words of Joe Biden, who on Thursday renewed his offer to hold a summit with his Russian counterpart “this summer in Europe” to “launch a strategic dialogue on stability.”

His spokesman, Dmitry Peskov, replied that “President Putin (the first) spoke about the necessity of normalizing relations and stopping the escalation.” He viewed “positively” that “the views of the two presidents coincide.”

Also on Friday, the Russian Foreign Ministry said it saw a “positive” view and study of the US idea of ​​a bilateral meeting, which Finland and Austria said they would be willing to welcome.

Since coming to power, Joe Biden has promised to be more assertive than his predecessor, Donald Trump, who is accused of appeasing the Kremlin master.

Relations between Russia and the United States have seen a significant deterioration since 2014 and Russia’s annexation of Ukraine’s Crimea peninsula. Even under Donald Trump, who has made no secret of his appreciation for Vladimir Putin, Washington has stepped up sanctions.

READ  This little used veteran home option may surprise you

The ones announced Thursday are in response to the massive 2020 cyber attack, which Russia accused and used SolarWinds, a US software publisher whose product had been compromised, to insert a vulnerability into its users, including several federal states.

This Russian-American ballet comes at a time of heightened Russian-Ukrainian tensions, as Ukraine blames Moscow for seeking the cause of war for its invasion, and Russia says Kiev is preparing to launch an attack against pro-Russian separatists in eastern Ukraine.

The West called on Moscow to reduce its forces in the region and expressed support for Kiev. On Friday, Ukrainian President Volodymyr Zelensky met with French President Emmanuel Macron and German Chancellor Angela Merkel.

Zelensky, who was in Paris, said he hoped to resume the truce in the conflict with the pro-Russian separatists next week and called for a summit with Vladimir Putin under French-German mediation.