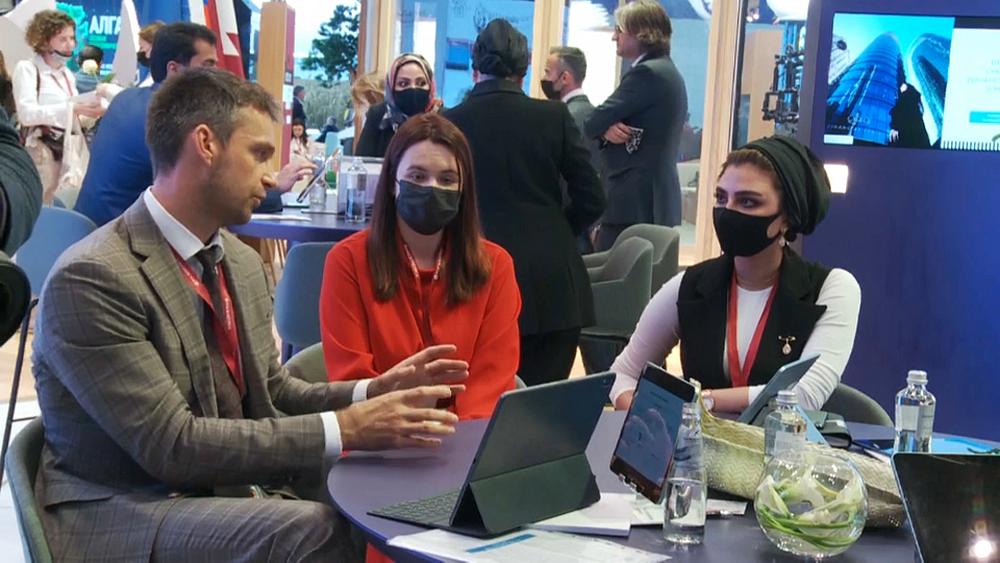 Hundreds of meetings and round tables, but above all a lot of commercial and commercial contracts. Petersburg International Economic Forum has brought the economy back to the center of discussions, after all productive sectors suffered from the pandemic. Only with Qatar, the official host country, Russia has signed more than 65 agreements in various fields, from agriculture to technology.

He said, “Our relations began many years ago and we witnessed a 50 percent increase in the volume of trade. With this meeting, relations between Russia and Qatar were completed. We entered into more than 200 bilateral agreements between our two countries.” Saleh bin Majid Al-Khulaifi, Assistant Minister of Foreign Trade in Doha.

Speaking at the forum in person, Russian President Vladimir Putin emphasized the presence of the majority of US managers, adding that despite US sanctions, and visa problems, Americans doing business in Russia remain optimistic.

Russell, President and CEO of the US-Russia Business Council: “The relations between Russia and the United States will continue to be an uncomfortable mixture of competition and cooperation, but I think it will be possible to have direct relations.”

Galina Polonskaya: “A study presented here at the forum shows that foreign direct investment in Russia has fallen significantly due to the pandemic, and Russia wants to change this. The foreign companies present say they see many opportunities and hope that the political context is not an obstacle. “

Simone Morey, Head of Europe for the Enel Group: “We are the world’s largest operator of renewable energy and we believe that Russia has an amazing untapped potential in this sector, while we have a growing ambition. The natural resources of this country, which is an energy country. And not just energy. It is underground, but the energy comes from the wind and the sun. We are optimistic that investing in this sector in Russia opens up great opportunities for Western companies.”

According to a study released at the forum, in 2020, at the height of the epidemic, Germany was the most active foreign investor in Russia, followed by the United States and China.