Referendum. The Swiss supported the law that introduced the Covid passport 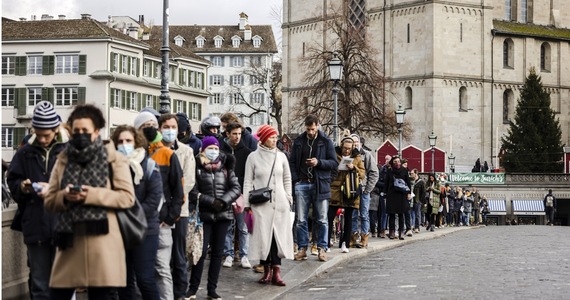 62.01% of voters on Sunday expressed their support for the so-called COVID binding law. Only two of the country’s 26 cantons, Schwyz and Appenzell-Inruden, voted against it.

The initiators of the vote were opposed to the solution to the introduction of the Covid passport in Switzerland, who gathered 187 thousand in a petition for a referendum on this issue. Signatures – much more than the 50,000 required In their opinion, the law introduced discriminates against non-vaccinators and introduces de facto compulsory vaccination in the country, according to German broadcaster Deutsche Welle.

In Switzerland, about 68 percent have been vaccinated so far. Reuters reported. The average number of daily new infections is more than five times higher than in mid-October and is now more than 5,000. Infection – The Associated Press reported.
So-called Covid passports contain information about vaccination, Covid-19 disease or a negative coronavirus test result.

Switzerland wants to ban the use of pesticides in agriculture. A heated debate before the referendum
France Press agency