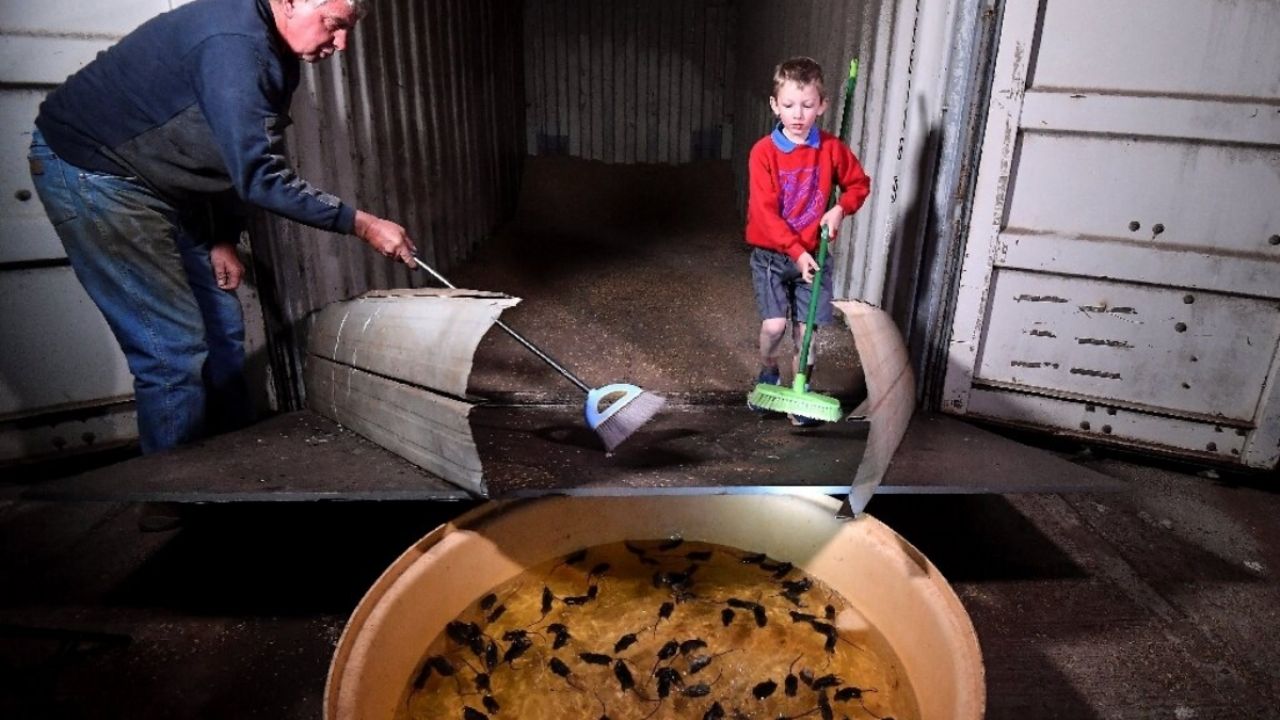 Mexico City (Abro). The uncontrollable rat plague that has plagued Australia since last year, destroying crops, infesting homes and even climbing up people’s pants, has driven hundreds of prisoners from prison in New South Wales.

“The health, safety and well-being of staff and inmates is our number one priority, so it is important to act as quickly as possible to carry out repair work” of rat-bitten roofs and cables at the Wellington Correctional Center.

A total of 420 prisoners and 200 staff have been evacuated and will be transferred to other prisons before the end of June.

“We want to do these chores only one time so we don’t become victims of this scourge,” said Deputy Commissioner of Prisons Administration Kevin Corcoran.

Steve Henry, an expert for the state science agency CSIRO, confirmed that people literally tie ropes around their pants because they don’t want rodents to climb on them.

Farmers and ranchers in rural New South Wales, in the southern part of Queensland, must contend with food contamination of their animals infected with leptospirosis, a disease transmitted through water contaminated with urine of other infected people, 20 Minutes reported.

It is an economic and health crisis. From contamination of mice with food and water to the spread of diseases. This pest affects more than crops, not to mention the stress it causes, said Danica Lees, executive director of the Rural Women’s Association in the area.

In addition to this plague, farmers must contend with constant fires and floods and invest about 11 thousand euros in rodenticides to cover an area of ​​​​one thousand hectares before starting to plant.

“In many areas farmers have already entered the third or fourth wave of toxins and costs are rising with no solution in sight,” added Matthew Madden, chair of the New South Wales Farmers’ Grain Commission.

On June 17, the New South Wales government announced a €32 million package to provide free rodenticide bromadiolone for rats, which, for Agriculture Minister Adam Marshall, is napalm, the ABC reported.

On March 29, people living in New South Wales, Australia were asleep, and hundreds of rats entered their homes in search of food. Others found them inside their homes causing them problems, according to the stories they tell on social networks.

“At night the ground moves with thousands and thousands of mice running,” Ron McKay, a farmer, said in an interview with Australia’s ABC television.

He stated that supermarkets in the Gilgranda region had to store all food in closed containers, while there is a report of at least three people being bitten by these animals, Express Online reported, citing Ansa.

The prolonged drought due to lack of rain and abundant crops have caused these rodents to dedicate themselves to eating from farms and breeding to a degree that frightens Australians.

A preview of your next nightmare. This newborn’s mother is insane after she was bitten by a rat in her sleep. Look, as you crawl off your pillow.”

Short videos were also shared by TikTok users in the store and supermarket mice.

Australians hope steps will be taken to end this pest or the rainy season will come to scare away the rats.

“In New South Wales, Australia, they are afraid. They have lived for months with an epidemic of mice and rats found on the streets and in their homes, even in the family of citizens.”

They say that there are people who have been bitten and not even using drones that throw toxins can exterminate them.