Qasim Musleh Al-Khafaji: Who is he and why was he arrested? 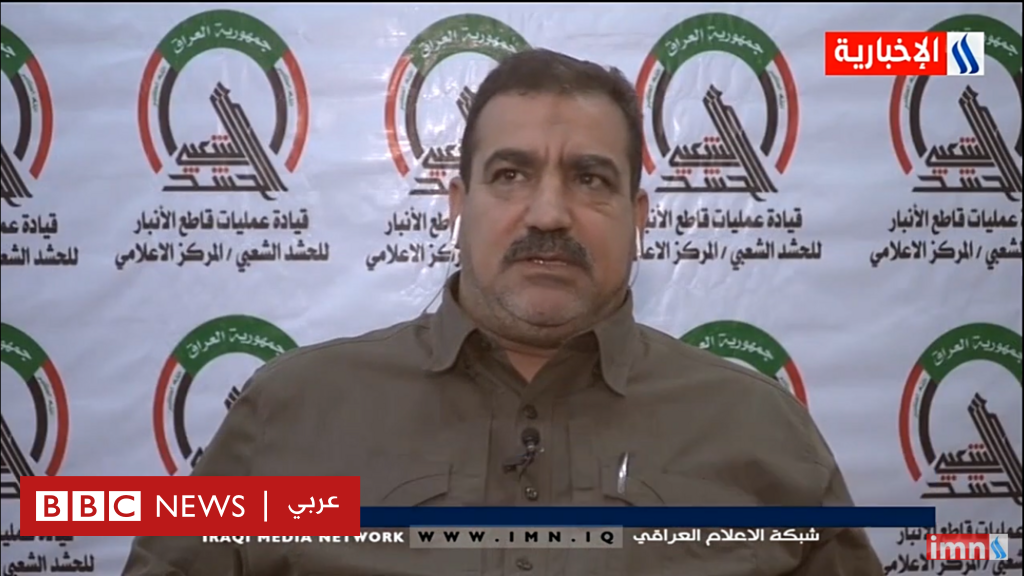 An Iraqi security source said that on Wednesday morning, a security force had arrested Qassem Musleh al-Khafaji, commander of western Anbar operations in the Popular Mobilization Forces, in an airdrop operation in the Dora area southwest of the Iraqi capital, Baghdad.

Who is Qasim Musleh Al-Khafaji?

Reports indicate that Qasim Karim Mahmoud Musleh al-Khafaji is the commander of Anbar operations in the Popular Mobilization Forces, which includes many of the factions supported by Iran.

He is a former commander of the “Ali Al-Akbar” brigade, affiliated with the Shiite crowd directly run by the Shiite authority. Before that, he was the commander of the “preserving order” forces of the Husseiniya shrine in Karbala. He is a resident of Karbala, and his family lived in the province for decades.

The authorities banned entry to the Green Zone after the arrest of Mosleh Al-Khafaji.

The move came one day after protests swept the Iraqi capital, Baghdad, and southern cities, calling on the government to reveal the killers of activists and protesters.

Hundreds of protesters were killed, most of them unarmed, in the nationwide protests in 2019 that prompted former Prime Minister Adel Abdul Mahdi to resign.

Reports stated that the US embassy warning sirens in the Green Zone in central Baghdad were heard on Wednesday afternoon, and that there is a security alert in the vicinity of the area.

Why was he arrested?

The Iraqi army said that security forces arrested Qasim Musleh Al-Khafaji on Wednesday, in a move security sources said was linked to attacks on a base hosting US forces.

The Iraqi army added in a statement in this regard: “According to Article 4 of the Anti-Terrorism Law, a security force has carried out the arrest of the accused Qassem Mahmoud Karim Musleh, and he is being investigated by a joint investigative committee on the criminal charges against him according to the legal contexts.”

Two security sources familiar with the matter told Reuters that Muslih was arrested in Baghdad in connection with several attacks, including recent attacks on the Ain Al-Asad air base that hosts US and other international forces.

Prime Minister Mustafa Al-Kazemi said in a statement issued at a later time: “A specialized Iraqi security force, by order of the Commander-in-Chief of the Armed Forces, executed a judicial arrest warrant against one of the accused, in accordance with Article 4 terrorism and based on complaints against him.”

Al-Kazemi did not mention him by name in his statement, but added that he is now in the custody of the Joint Operations Command until the end of the investigation.

Social media circulated a copy of the arrest warrant for Muslih, and its authenticity was confirmed by security sources who stated that he was arrested under the Anti-Terrorism Law, without giving further information.

The air base has been attacked at least 4 times this month, using missiles and surveillance drones, in incidents that many Iraqis consider reflecting US-Iranian tension.

Some sources indicate that he is accused of terrorism cases, including participation in the killing of a prominent activist, according to Agence France-Presse.

The anti-government activist Ihab Wazni was killed when gunmen fired at him with a silencer pistol in the city of Karbala, which led to protesters taking to the street demanding an end to such operations.

Al-Wazani had criticized armed organizations and Iranian influence in Iraq, and led protests in Karbala, where there is a strong presence of armed groups supporting Tehran.

The attempted killings have targeted 70 activists since protests “against government corruption and failure” erupted in 2019, and the authorities have failed to reach the perpetrators.

The mother of the activist, Ihab Al-Wazni, accused Mosleh in more than one press interview of involvement in the assassination of her son and the activist Fahim Al-Ta’i, after uncovering, according to her words, files of corruption in which he was involved during his work at the Hussaini Shrine in Karbala, which was confirmed by activists close to Al-Wazzani and Al-Ta’i.

For its part, sources in the Popular Mobilization Forces, who preferred to remain anonymous, confirmed that the American forces present at the Ain Al-Asad air base in western Anbar accused Mosleh of being involved in the operations of targeting the base, the most recent of which was last Monday.

At the same time, the Popular Mobilization Authority stated on its official website that “the arrest of Musleh came as a result of earlier preventing US forces from entering Iraqi lands.”

What happened after the arrest of Musleh Al-Khafaji?

A security source said that the arrest of a reformer was followed by cars carrying unknown gunmen heading to the fortified Green Zone in Baghdad, which includes foreign embassies and government buildings, in a show of force. The source, who requested anonymity, stated that this show of force lasted only half an hour before the withdrawal of the militants. According to the Reuters news agency.

READ  On the Internet, the first European program for Cuba from Russia - Prensa Latina

A Reuters reporter said that dozens of PMF members controlled one of the entrances to the Green Zone and did not allow anyone to enter.

Two parliamentarians told Reuters news agency that Shiite leaders had intervened in an attempt to defuse the crisis and suggested to al-Kazemi transfer Musleh to his detention in the PMF.

Al-Kazemi said in a statement: “The armed manifestations that occurred by armed groups are a serious violation of the Iraqi constitution and the laws in force, and we have directed an immediate investigation into these movements according to the law.”

Powerful factions allied with Iran in Iraq have carried out attacks on US targets in the country. Most of those attacks did not result in casualties, but they did put pressure on American forces and US allies in the early days of US President Joe Biden’s rule.

The Iraqi government, led by Al-Kazemi, is taking the side of the United States, but it is finding it difficult to control the groups. According to Reuters news agency.

Last year, Iraqi security forces raided a stronghold of a powerful Iran-backed militia in Baghdad and arrested more than 10 members of the group. Shortly after the arrest, unidentified gunmen drove their cars towards government buildings in the Green Zone, demanding the release of the militia members. Most of the detainees were released within hours.

“Any detention case must take its course as is the case with any Iraqi, and certainly no one should resort to a show of force,” said Jenin Blashardt, the Special Representative of the Secretary-General of the United Nations in Iraq.

She tweeted on her account on the social networking site Twitter, saying: “Such behavior weakens the Iraqi state and further erodes public trust. State institutions must be respected at all times, and no one is above the law.”