Putin congratulated Daniel Ortega on his electoral victory in Nicaragua 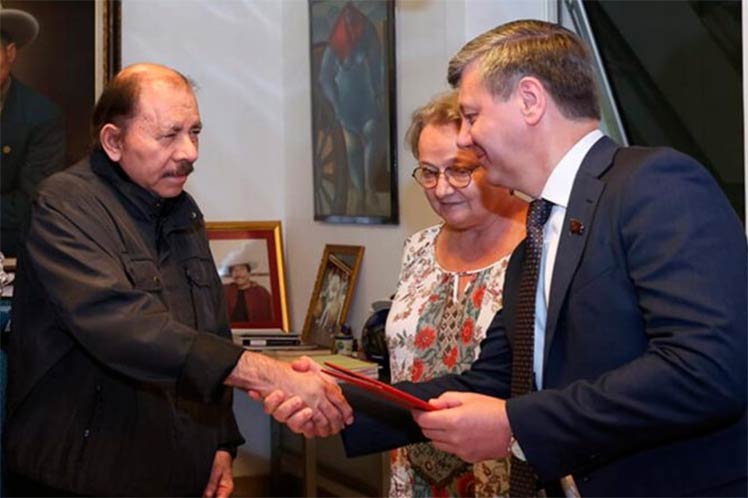 The TASS news agency reported that the letter sent by the Russian ambassador in Managua, Alexander Gogolikov, to the Nicaraguan president, warned that the results of the vote fully confirmed Ortega’s political authority.

He pointed out that this victory indicates the support for the path of the Sandinista Front that he leads, which aims at the economic and social development of the country and the protection of its sovereignty and its international positions.

According to Putin, Russian-Nicaraguan relations are based on ancient traditions of friendship and mutual respect. Meanwhile, he expressed confidence that the strategic alliance between the two countries will continue to grow through joint efforts.

Speaking to the press the day before, Russian Foreign Ministry spokeswoman, Maria Zagarova, noted that in recent years, especially after the attempted coup in April 2018, Nicaragua has become a target of frank and cynical interference in its internal affairs, pressure and interference. Use of unlawful penalties.

“The goal was announced and no one concealed it, which is to create new problems for the Sandinista government, which is on an independent path headed by President Daniel Ortega,” he said.

The representative of the Russian Foreign Ministry stressed that such actions violate international law and nullify all guarantees of commitment to democracy and the right that the West hears so often.

Zagarova noted that these measures have a detrimental effect on a politically stable country with a successfully developing economy, located in a very turbulent region of Central America.

He considered that the destabilization of Nicaragua would be accompanied by the exacerbation of serious problems associated with the growth of regional migration flows, the intensification of organized crime, and the creation of another source of tension in Latin America.

The question is open: who needs it? Nicaragua does not need it, the people of that country do not need it, and the neighboring countries do not need it. Does the international community need it? of course not. The spokeswoman stressed that this is necessary for those who have a well-thought-out political strategy.