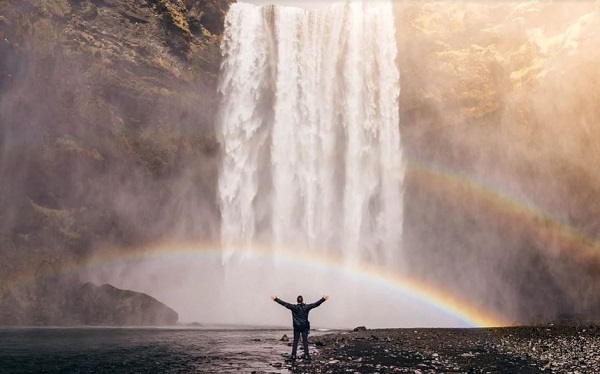 The twenty-sixth United Nations Conference on Climate Change, called COP26, the Conference of the Parties, has just ended. The debate began at the United Nations in Rio de Janeiro in 1992 when more and more frequent phenomena of droughts, accompanied by floods, were shedding light on countries in Latin America, Africa and Southeast Asia in particular.

Since then, the various discussions and agreements that have been reached, from the Kyoto Agreement in 1997, to the Paris Agreement in 2015, to the recent agreement in Glasgow, have shown two things to a large extent: the great powers, primarily the United States, have always had a position its interests over the interests of all participating countries. For example, the exit from the Kyoto Accords in 2001 with the Bush presidency and the Paris Accords in 2019 with Trump. In general, great powers have long avoided helping poor countries that have less chance of defending themselves from climate change.

Exiting coal, which is considered the most polluting source of energy, containing the global temperature rise to 1.5-2 degrees by mid-century, and a major aid plan for poor countries, were the main goals of the conference. Regarding the first point, an agreement was reached on reducing the use of coal and not completely abandoning it, while on the second point, the 100 billion per year already pledged in 2015, remained ambiguous.

The Fridays for Future youth movement described COP26 as a failure and Greta Thunberg spoke about the nonsense of politicians who spoke, including former US President Obama.

In fact, the struggle for economic supremacy lies behind the climate issue. The abandonment of energies based on fossil sources affects the entire industrial structure of developed countries and the first economic power, the United States, which is no longer the hegemony of the past, does not intend to give anyone discounts, at least until they think about it. They achieved technological superiority in new energy sources, having in the meantime achieved energy independence.

From this point of view, it is explained by the fact that large countries such as China and Russia did not engage with prominent political advocates in cop26 and that another large country, India, has postponed its commitment to exit until 2070 from coal.

It should be noted that this conference was preceded by the so-called G20, initially the meeting of finance ministers and central bank governors of the major industrial countries, and then in the presence of heads of state, in order to dictate a line to others. 170 participating countries.

The line is to control temperature rise, reduce energy use from fossil sources, and use new technologies associated with renewable sources, technologies that, however, are largely in the possession of the major G-20 countries. To support this line, statistics are presented on climate change, increasing greenhouse gases, deforestation, and the most polluted countries.

How do you view these stats? Don’t just look at the day, look at a longer period of time. The United States and European countries, according to a report by the International Energy Agency, have produced the largest amount of carbon dioxide in the past 50 years and the production and consumption of hydrocarbons has been dominant. Not only that, if we take into account the production of carbon dioxide for the population, we see that per capita it is always the citizens of America, Europe and other industrialized countries who top the ranking.

These countries have reached a higher level of development compared to the rest of the world. Other countries intend to develop, so why should we not?

Herein lies the knot to be resolved and the misery of the promised and disrespected $100 billion annually to help poor countries protect against climate change blatantly and misplaced in the face of the circulating figures of trillions of dollars of so-called investments. green economy.

It is precisely the vast majority of countries, often with serious problems of development and poverty, that we need to look at, lest we encounter a neo-colonial vision disguised as environmental transformation in the hands of large multinational energy corporations.

Because this happens in practice: first, the capitalist countries polluted, and now, to reduce the damage to the environment, they pretend to compel the development of others to the technologies at their disposal.

Thus, an equally great agreement between industrialized and developing countries is the necessary political basis to confront climate change, stop global warming, reduce pollution, stop deforestation, and ensure development for all nations of the global community. In other words, a treaty could be tangibly stronger if it was backed by a unified and independent political will of the EU as a whole. The necessary investments relate both to ecological transformation but also to technologies to reduce carbon dioxide emissions from conventional energy sources that many countries, including those that have already been industrialized, will necessarily have to continue to use. In fact, there are new technologies in the research phase that are capable of capturing and reusing carbon dioxide which can be of great benefit to both developing countries and ours and other European countries that they will not be able to give up overnight. Hydrocarbons tomorrow.

A great deal where two basic principles are valid, the principle of technology transfer and the principle of non-repayable assistance and very long-term loans. The assistance that the rich countries will have to provide to the poor countries should not reproduce a neo-colonial relationship that depends on the second country and the exploitation of its resources, but aims to allow the latter to be able to produce energy and everything on its own. They will need the rest, and thus transfer the required technologies to those countries without any kind of political adaptation, and this will only be possible if a broad popular movement develops around the problems of climate, development and peace. Based on these assumptions, the upcoming United Nations conference, COP27, could give the needed shift in global politics that would throw off the lablabla that have been criticized by young environmentalists.