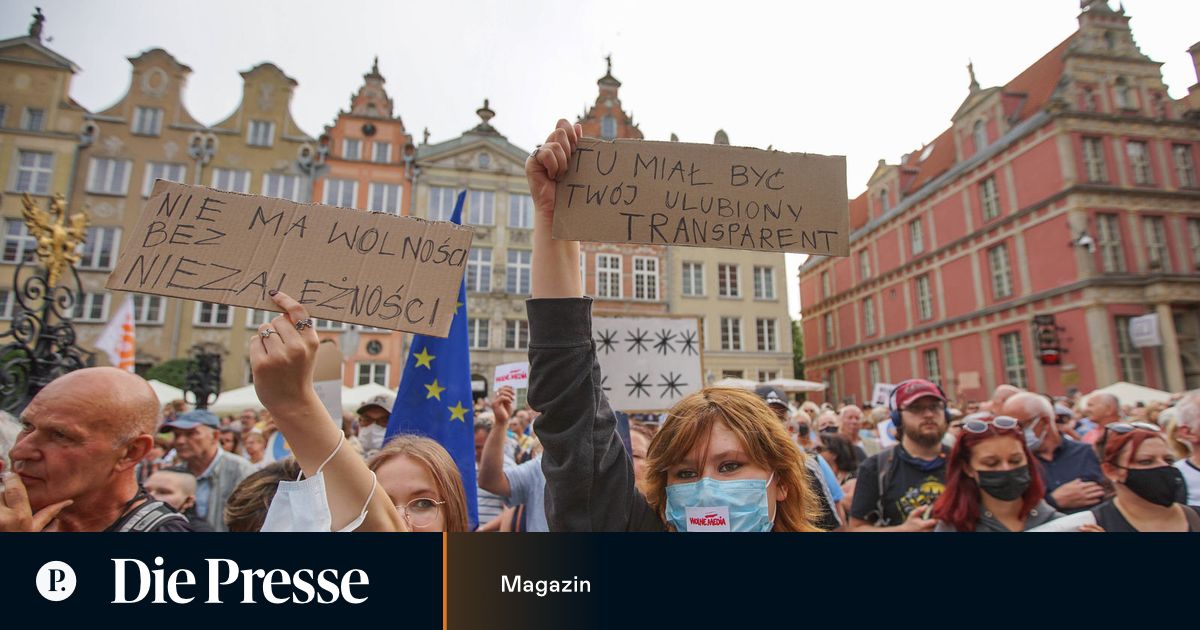 After a small party left the coalition, the ruling national populists led by Jaroslaw Kaczynski could build a majority with right-wing extremists.

Warsaw. Jaroslav Kaczynski does not hesitate, especially when he is sure of his victory. After Poland’s Economy Minister Jaroslaw Gwin gave an ultimatum to the head of the ruling Law and Justice party at the start of the week, Kaczynski’s Prime Minister Mateusz Morawiecki expelled the junior partner in the national populist coalition government from the cabinet on Tuesday night. The obstacle was the planned media law, which Gowen’s coalition party “Understanding” did not want to support. A vote on the controversial law had kept Parliament suspended for hours on Wednesday when the decision was initially delayed, but the law was finally passed late in the evening.

He has also been able to largely rewrite the controversial law, but instead PiS chief Kaczynski relied on full-blown confrontation – and accordingly the Executive Director of Understanding decided to leave the ruling coalition on Wednesday morning. Gowin started on a break with Kaczyński, which he avoided for over a year despite some disagreements. The ruling coalition in Poland between Kaczynski’s ruling Law and Justice party (PiS, 200 seats), Justice Minister Zbigniew Sziobro’s “Poland Solidarity” (19 seats) and Gowen’s “understanding” (13 seats) officially ended. However, this does not mean that the powerful politician Kaczyński has also come to an end.