PNV Expansion: 15 Regions That Want to Be a Leader in Mobility Fun – Southwest 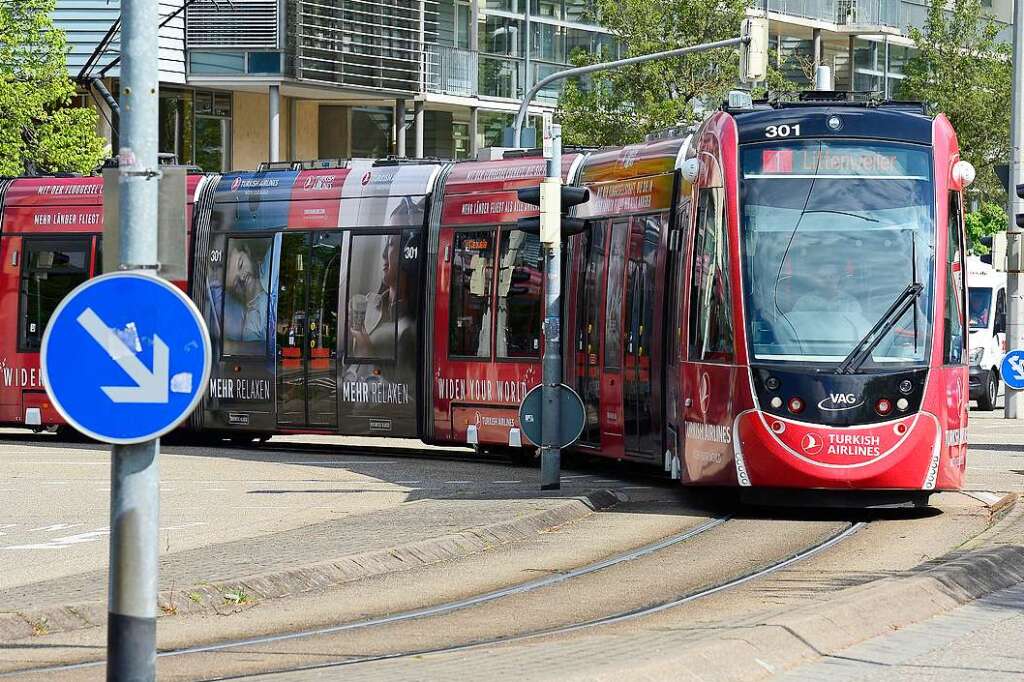 It’s an ambitious plan: In ten years, buses and trains should transport twice as many people as they do now. Now the state is looking for model municipalities. Among other things, Freiburg wants to participate.

The first step should be towards the planned “mobility guarantee” of local public transport in Baden-Württemberg: 15 regions have applied to become a model municipality to introduce a so-called mobility permit, as the Ministry of Transport announced in Stuttgart on Friday. In other words, they want to significantly expand the frequency of buses and trains with the help of the local transport tax.

The goal of the green-black state government is that by 2030 all places in the southwest can be reached by public transportation from 5 a.m. to midnight — this is a huge challenge, especially in rural areas. One has to get away from “too focused on the car,” Minister Winfried Hermann (Green) said in an online forum on rural traffic shifting.

By 2030, the number of people using public transport should be twice as many as in 2010. Otherwise, it will not be possible to make Baden-Württemberg climate neutral by 2040, Hermann explained. If you take the numbers from the State Statistics Office as a basis, there is still a long way to go. Accordingly, the transport performance in Baden-Württemberg was about 8.6 billion kilometers per capita in 2010 and about 9.4 billion kilometers per capita in 2019.

In order to finance the expansion, according to the ideas of the state, municipalities should be given the opportunity to introduce a local transport tax – also known as a “mobility corridor”. Municipalities can decide whether to require all residents or only drivers to pay. In a typical test in four municipalities, monthly contributions from 10 to 57 euros were discussed. The state expects that the tax could empty 800 million euros into municipal coffers. This will enable municipalities to expand local transportation services and offer cheaper tickets.

Hermann also wants to take a number of measures to ensure that people in rural areas are not dependent on cars. More than half of rural households own two or more cars. “It’s just a very high standard.” In addition to a closer cycle of buses, trains, car sharing and improved village development, there is a need for a “change of consciousness” among people in rural areas. “It is imperative that we make better use of the many cars.” So the chances of riding should be improved.

If the country is to be climate neutral by 2040, the transportation sector will also have to emit significantly less carbon dioxide. The “Please Refer” appeal is addressed to municipalities and citizens. Hermann emphasized that in this electoral period to 2026, the goal is to ensure that half-hour periods are applied during rush hour in rural areas and quarter-hour periods in urban areas. In the second phase after 2026, it should apply throughout the day that the quarter-hour service will be used in urban areas and the half-hour service in rural areas.

See also  Scotland: With a new scholarship against the consequences of Britain's exit from the European Union

In order to achieve the goal, federal, state and local authorities will have to spend more money. He had indications that emerging traffic light partners SPD, Grne and FDP in the federal government wanted to increase regionalization funding to expand local transportation. But county councils will also have to invest more if they are to combine climate protection with quality transportation.