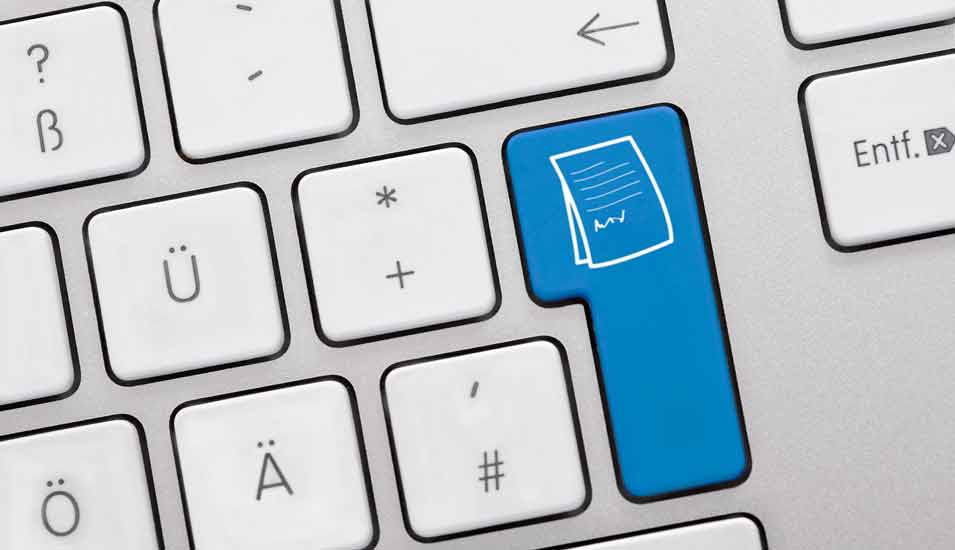 Turnitin would like to support students and authors of academic papers in protecting their academic integrity. Among other things, the company offers a Similarity tool, which draws on the most comprehensive database of student and academic papers to identify similar passages of text. Students adhere to the highest standards of academic work and can give them feedback in a timely manner in case of misconduct.”

With this offering from Turnitin, one of the world’s leading providers of plagiarism detection software, both sides of the coin are very clear. Similarity check via the similarity tool mentioned above can only be used at the end of the writing process, when students provide lecturers with their written work and perform plagiarism check. Software-based tools for similarity checking have become much more than just a writing companion in a student or academic writing process. If objectively appropriate documents are already available initially, then tools from the field of artificial intelligence (AI), in this case the Natural Language Processing (NLP) sub-area, can be used to very quickly and efficiently produce supposedly unique elements that, to outsiders, look like documents that have been created. They are independently produced and cannot normally be detected by plagiarism detection software solutions. For this purpose, AI-powered paraphrasing tools, often referred to as spinners or rewriting tools, are used with similarity checkers.

“The California-based Speedwrite provider’s website frankly explains how Wikipedia text can be reformulated in a way that prevents plagiarism.”

On the California Speedwrite provider’s website, there is clear text: “Unique text, instant.” There he frankly explains how Wikipedia texts can be paraphrased against plagiarism. The step-by-step instructions explain the rewriting of Wikipedia texts – not only appealing to the primary target group of American schoolchildren.
For the most demanding rewriting tasks, QuillBot’s configurable tools are ideal, including Paraphraser and Summarizer. The abstract in particular is a useful tool if a summary of an existing passage of text or a longer quote from an external source is going to be generated with the press of a button without reading it yourself. Of course, you can also use this function to create your own summary of work in one click.

Grammarly is another fast growing company with a wide range of services. There is also an offer of ongoing checks for plagiarism in the writing process. According to Grammarly data, ProQuest databases and more than 16 billion sites are used as the basis for testing.

The Norwegian Keenious solution is ideal as a complement to word processing systems such as Microsoft Word or Google Docs. Once integrated, it appears as a sidebar and displays quotes and sources that are presumably appropriate for specific text segments. In practice, the use of this tool can lead to the fact that independent literature search is not necessary and the suggested careful sources are chosen largely unchecked. When it comes to rewriting, Keenious also offers the option to replace existing original sources with just a few clicks thus achieving a higher level of protection against plagiarism.

Microsoft 365 Word through the editor functionality offers modern AI-powered features such as ‘similarity’ and ‘text predictions’.

It is worth taking a look at and developing the leading word processing systems. With Word, Microsoft 365 introduces modern AI-powered features such as “Similarity” and “Text Predictions” via the editor function, which will soon be available to German users. While the similarity checker is hidden behind the first feature, the second feature offers text continuation, similar to the auto-complete function for Google searches or smartphone messaging services. Similar to the text prediction function in Microsoft Word, Google Docs offers an AI-based smart typing feature, but currently only in limited form for English, Spanish, Portuguese and French. The abundance of extensions on offer, the so-called add-ons in Google Docs and add-ons in Microsoft Word, is impressive. In either case, more software solutions to detect plagiarism can be combined, for example PlagiarismCheck.org and PlagiarismSearch.com on Google Docs and the Australian tool Outwrite, which supports rewrite as well as plagiarism detection.

See also  Brexit and Vaccination: Who Understands the UK? - A transcription

In addition to these well-established word processing systems, powerful AI platforms such as Copy.ai or Headlime.com are in progress, covering a wide range of application areas for text creation and processing. Although these systems are primarily task-oriented in marketing and sales, functions such as creating outline proposals, introductory texts, or summaries are highly regarded by students. If AI text generators such as Text Synth or InferKit are also used, the writing process develops into a proprietary type factory.