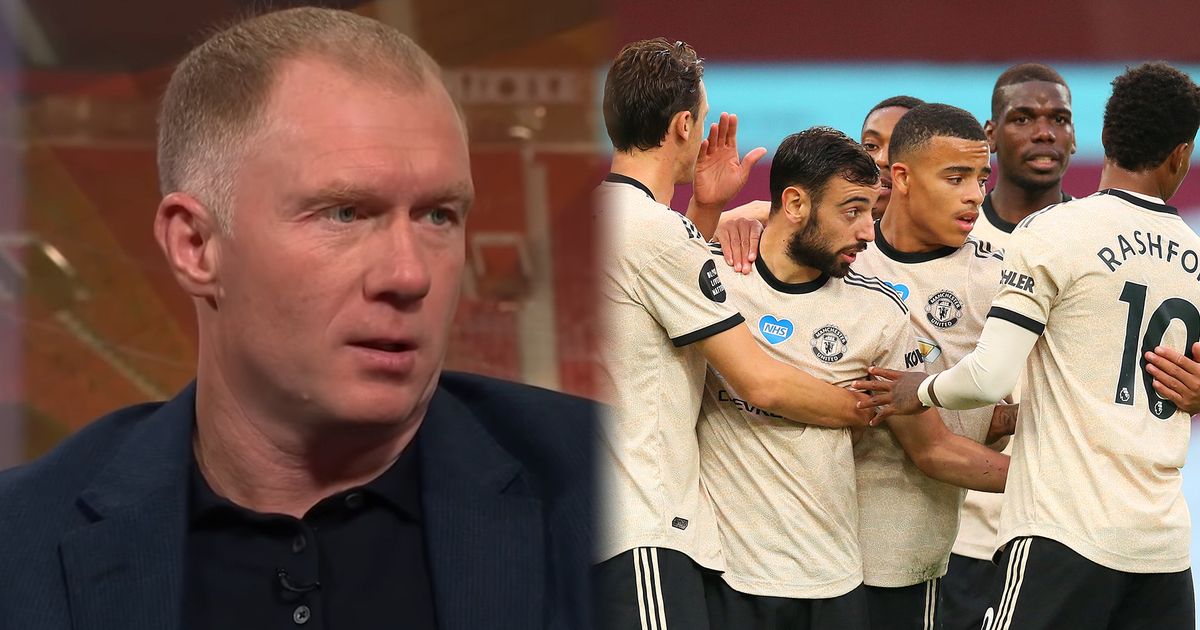 The Reds extended their unbeaten streak in all competitions to 17 games with a comfortable win against relegation threatened Aston Villa on Thursday night thanks to goals from Bruno Fernandes, Mason Greenwood and Paul Pogba.

United‘s win saw them move within one point of fourth-placed Leicester with four games remaining, Solskjaer’s side can guarantee a place in the top four of the Premier League by winning all of their remaining fixtures. The Reds remain in the hunt for both the Europa League and FA Cup this season.

With Pogba fit again and Fernandes continuing to impress since his January move from Sporting Lisbon, United currently sit top of the form table for the last ten league games, winning seven and drawing three, scoring 23 and conceding just four in the process.

Scholes believes their recent form is a cause for concern for their Premier League rivals.

He wrote on Instagram after the win against Villa: “Is it time for a couple of teams to start worry about this team?

Neville told Sky Sports: “The three that United have got are not at the level of Liverpool’s front three yet, you wouldn’t expect them to be, but they have the talent and ability.

“The Liverpool front three are ahead, but it is exciting for Manchester United. If you believe in young players and give them opportunities in the positions they want to play in, you will be amazed what you can achieve.”