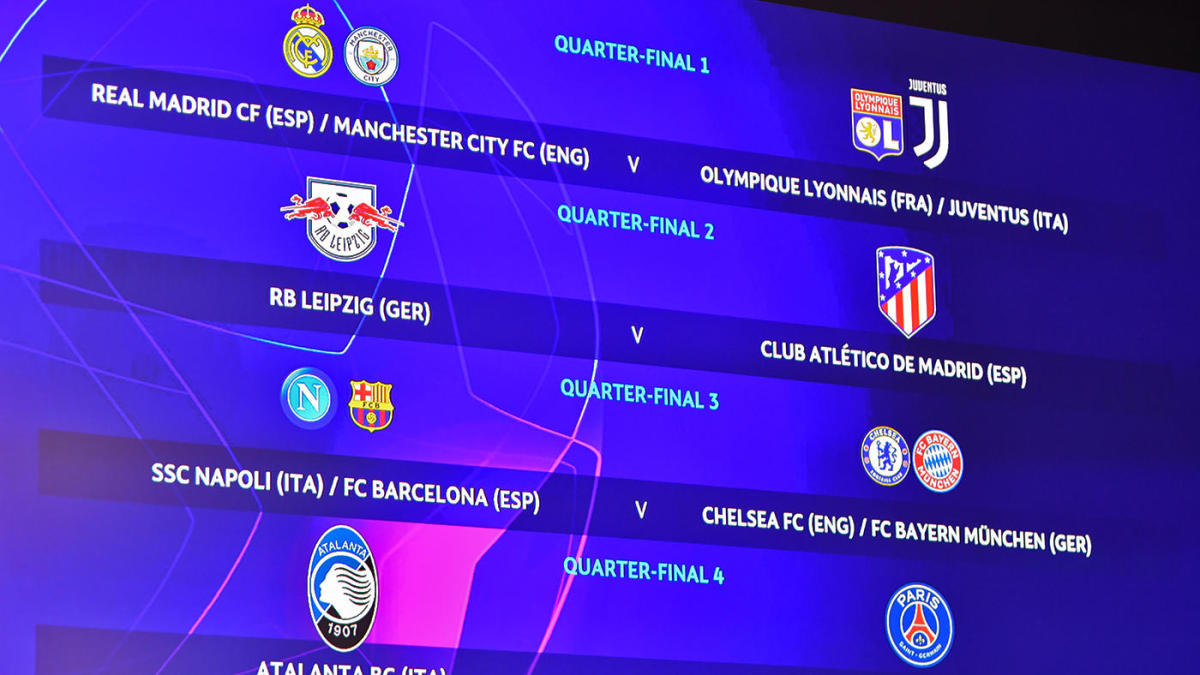 UEFA will conducted the draws for the resumption of the Champions League knockout stages in Nyon, Switzerland, on Friday, and it gave us endless possibilities for future matchups down the road in August. Once the round of 16 matchups are completed, the final eight participants will travel to Lisbon, Portugal for a single-elimination tournament. Below you’ll find the draw results and potential semifinal matchups:

The designated home team for the Champions League final will be either RB Leipzig, Atletico Madrid, Atalanta or Paris Saint-Germain.

For a complete look at the schedule, click here. Let’s get to the biggest Champions League takeaways:

Look at what we have here! Could we see Cristiano Ronaldo against his former club, Real Madrid in the quarters? Or could  we get Ronaldo against Pep Guardiola and Man City? Lyon has the slight advantage over Juventus, but the Italian side still has a fine shot of advancing with Ronaldo leading the attack. If Lyon advances, then the winner of Real and City would have a smoother path to the semifinals. If the traditional powerhouses prevail after the round of 16, then we could be in for a gauntlet of mouthwatering matchups on that side of the bracket all the way to the final. Real Madrid or Man City could potentially get Juventus and then potentially Barcelona or Bayern Munich before the final. It doesn’t get tougher than that.

Neither of these teams were expected to make the semifinals, but one will now. Atleti is the clear favorite with RB Leipzig selling star striker Timo Werner to Chelsea, but this is a great draw for both as they avoid some of the giants and Europe and get PSG or Atalanta in the semifinals.

‘Clear’ path to final for PSG

No match in this competition is easy, especially now that we have single-tie format, but PSG’s path to the final is much clearer than the other side of the bracket. Having Atalanta and then RB Leipzig or Atletico means PSG is the favorite to make the final. This team has shown it can play down to competition in Ligue 1 with some shocking results. If it does it here, it will just be the latest European failure for the Parisian club.