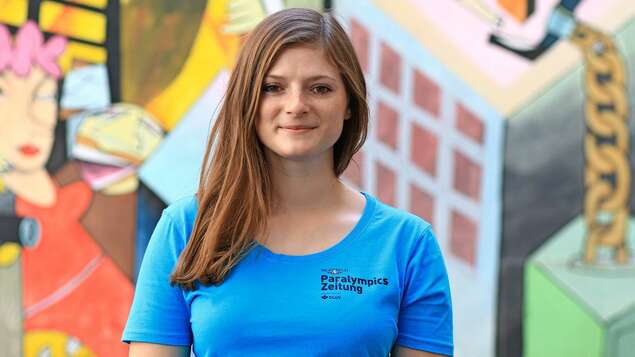 If Elena could try one sport from the Paralympic Games, it would be goalball. Visually impaired players throw the bell at the opposing goal in order to score points. “I am impressed by the fact that athletes rely solely on their hearing,” says the 23-year-old journalist for the Paralympics. She doesn’t know if she will have the courage to stand in the gate herself. Because: “Balls go up to 70 km/h fast.”

After graduating from high school, Elena did her federal volunteer service in the Diakonie support groups in Recklinghausen. There she helped people with disabilities eat, take care of them and use the toilet. At a seminar she drove through Monster in a wheelchair. Cobblestones and climbing were major obstacles and showed her how much change cities must undergo to become inclusive. This is why she is happy to create a platform for these topics through her collaboration with Paralympics: “Sport inspires and can be a good opportunity to bring about change.”

Sports also plays an important role in her private life as a counterweight to her daily life: she has been doing gymnastics since she was five years old. Elena was incredibly proud and full of adrenaline when she was able to show the cigarette, an item on uneven bars, in a competition for the first time. Before that, she had not repeatedly succeeded in training, and had trained for a long time – until she finally succeeded.

In her student days, Elena thought about a career as an actress, she loves acting. But after her federal volunteer service she re-orientated herself. During her work and travels in Australia, she first heard about the science press. It immediately became clear to her: “I want to do it.” The course combines her love of art and creativity with her interest in the natural sciences.

Elena also writes as a freelance journalist for the Recklinghäuser Zeitung. As part of the Paralympics Newspaper, she is looking to gain experience in sports journalism, making international contacts and telling exciting stories.