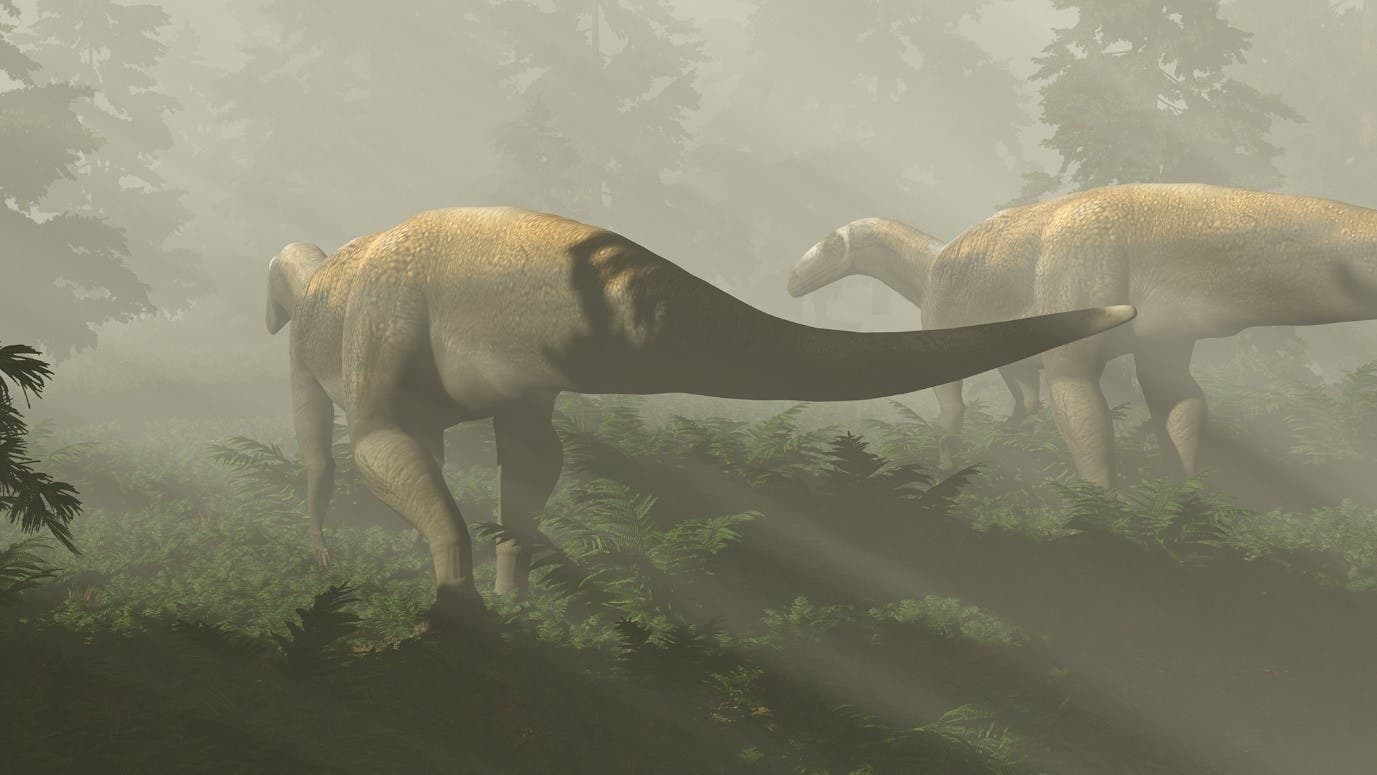 In the 1960s, miners found huge bird-like footprints in an Australian coal mine. At the time, paleontologists quickly identified them as the remains of a two-legged predatory dinosaur whose legs are said to have been at least two meters long: the animals were considered the largest carnivorous dinosaurs of the Triassic period 220 million years ago. But this attribution was clearly wrong As Anthony Romello of the University of Queensland and his team concluded in “Historical Biology”. Instead, they were the effects of harmless herbivores.

So the animals responsible do not come from the family Eubrontes, but probably belong to Prosauropoda. These also walked on two legs, but they only fed on plants. One of the reasons for the fallacy was that scientists at the time did not have direct access to the monuments, and instead had to be content with pictures and drawings. However, crucial details were missing, says Romelu, resulting in an incorrect estimate of the size. In fact, the animals probably had a leg length of only 1.4 meters, and a total length from head to tail of six meters.

At the time, dinosaurs may have walked over layers of dead, water-saturated vegetation. Then sand and silt seeped into the imprints, which were then covered and petrified over time, while the remains of the plant turned into charcoal. Millions of years later, miners mined coal until they came across a column roof made of sedimentary rock. “This also explains why the monuments appear above heads on the ceiling,” says paleontologist Hendrik Klein of the Saurierwelt Paleontological Museum in Neumarkt, who was involved in the study.

The mine was later closed, but geologists at least made plaster casts of the tracks and recorded the course of the tracks. This evidence was re-examined by Romilio and Co and a 3D model was made, which eventually led to the conclusion that the producers must have been herbivorous dinosaurs. “However, it is still an important find. Because it is the first known evidence so far of this type of dinosaur in Australia,” Klein says.