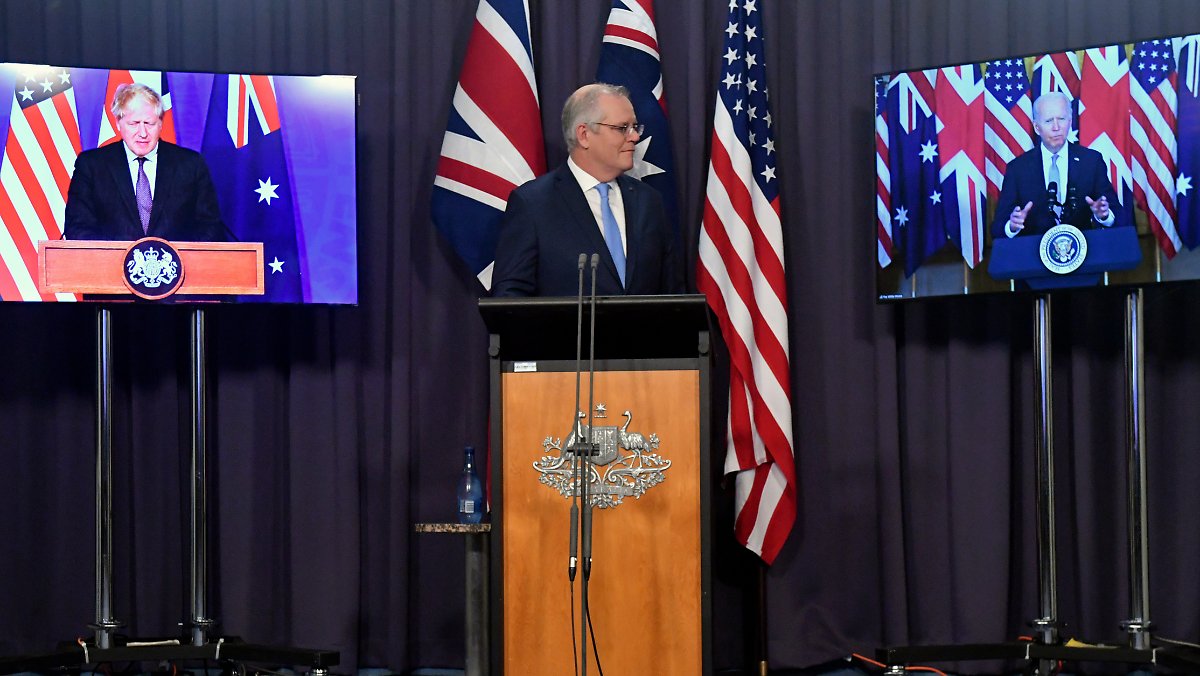 Opening a dispute over the submarine deal

The tone in the dispute between France, Australia and the United States is very unusual. Paris calls its ambassadors to the Allies and speaks of “lies” and “duplicity” after the failed arms deal. The Australian government doesn’t want to sit on it.

In the dispute over the failed submarine deal with France, Australia rejected the accusation of lying. Defense Minister Peter Dutton told Sky News Australia that the Australian government had expressed skepticism about the planned Paris purchase “frankly and honestly”. The prime minister, Scott Morrison, said France should have recognized these “deep and serious concerns”.

“We have made it clear that we will make a decision based on our strategic national interests,” Morrison said at a news conference in Sydney. Paris had to know that French submarines “would not correspond to our strategic interests”. Defense Secretary Dutton said the arms project was years behind schedule and over budgeted. “The government had these concerns and we have raised them and we want to work closely with the French and will continue to do so in the future,” he said.

On Friday evening, France invited its ambassadors from Washington and Canberra to return for consultations in an extraordinary diplomatic move between allies. The United States of America, Great Britain and Australia had earlier announced the creation of a new security alliance for the Indo-Pacific region, at which point Australia halted a multi-billion dollar submarine deal with France. Instead, Australia wants to buy US nuclear submarines.

According to French Foreign Minister Jean-Yves Le Drian, this issue is also a burden on the future of NATO. Le Drian, the French broadcaster 2, said the incident had an impact on the definition of the new strategic concept of a defense alliance. The “ignorance”, which was “serious”, could have triggered a “crisis”.