Omikron variant: Those returning to travel appear to be confined to an unventilated room for hours 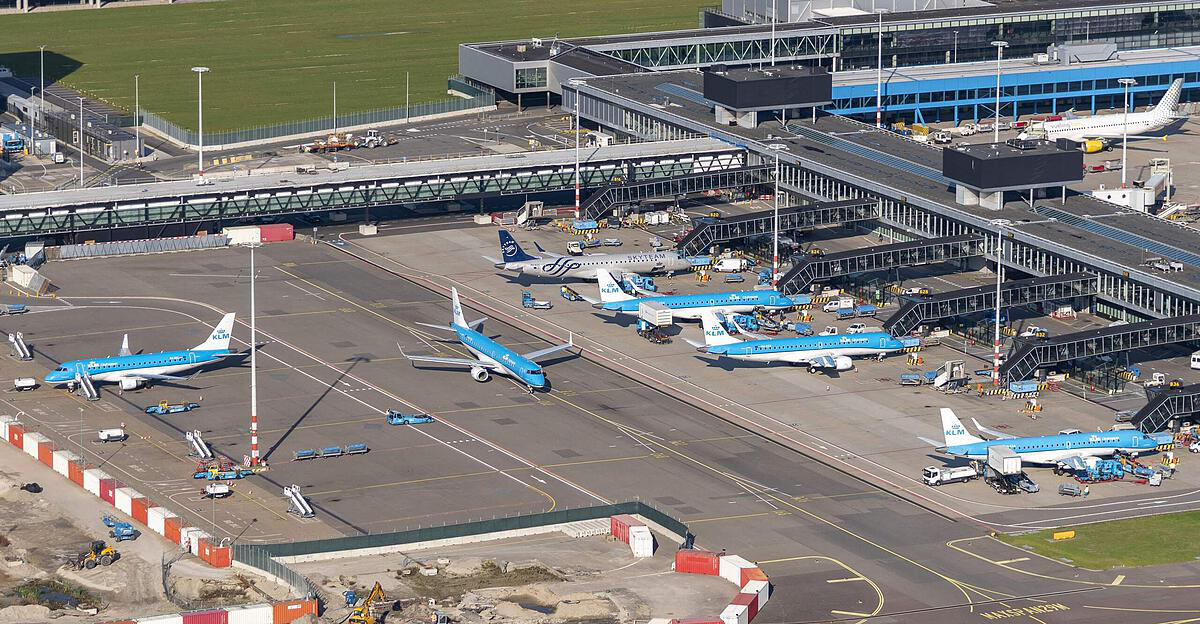 Several travelers cooperated for hours in an unventilated room, and many were without mouth and nose protection – according to passenger reports, disturbing sightings occurred at Amsterdam Schiphol Airport on Saturday evening. Passengers of two cars that landed from South Africa were intercepted and tested due to the novel coronavirus variant that was first detected in the country of departure.

Hours later, it was clear that 61 of the nearly 600 passengers had coronavirus – and whether the Omikron variant among them was still being investigated.

According to reports from fellow travelers, it took hours even to start testing. Passengers “were taken off the runway to a secluded room where we waited four hours before being tested,” passenger Paula Zimmermann told AFP. “Everyone on the plane was there,” he said, paying little attention to distance rules.

Zimmerman, who documented her night in videos on the Twitter SMS, said that after waiting for hours, she finally got a negative result, but now has to spend five days in home quarantine. The last video I posted there just before 4:00 a.m. showed a line of other passengers waiting for their tests while others slept on benches and on the floor. “Unfortunately, the organization was horrible,” Zimmerman wrote on Twitter. “We have to learn from this in the future.”

Stephanie Nolen, the New York Times health reporter, was also on one of the two planes. She talked about “Bitter Reality” on Twitter – the counterpart to a positive utopia. Passengers, including children and infants, were crammed together to be tested, while “30 percent of people still did not wear a mask” – many of them “only over their mouths”.

“We’re only in this airless room at twelve o’clock and breathing for each other,” Nolen wrote. On Saturday morning, she was able to continue her trip to Toronto, Canada. “The test was negative. At least today.”

Another passenger reported that at one point he felt like he had been arrested. “There was no guidance, no one knew what was going on,” said the 33-year-old. It was a very unsafe situation and people are very angry with it.”

Philip said he was also angry. “Why, two years into the epidemic, do the authorities still have to worry about how to test a cargo plane full of people arriving in Schiphol?”

“We understand that people are frustrated by this,” the Dutch health authority GGD said about the long waiting times for test results. “They have just come a long way and are expecting to come home soon.” Instead, they “faced an unprecedented situation in the Netherlands where they were tested in Schiphol and then have to wait for the result.”

The 61 passengers who have tested positive for the virus are now waiting at a quarantine hotel near the airport to see if they have the new Omikron variant.